Murray Rothbard's works taken as a whole "present the equivalent of a unified field theory of the social sciences," according to his biographer.[1] Born in 1926 in the Bronx to Russian-Jewish parents, he was a polymath of such broad erudition and accomplishment that his nominal classification as an "economist" captures a good deal less than half of his influence and published work. In the sixty-eight years of genial persuasion, trail-blazing analysis, penetrating research, and eloquent writing that ended with his death in 1995, Rothbard launched and powered the libertarian movement as no other single person has done before or since. He played central founding roles in the Cato Institute, the Libertarian Party, and the Ludwig von Mises Institute while writing a total of twenty-eight books and thousands of articles, memoranda, and letters. All this, he did with unfailing good cheer and respect for his opponents, such that he became known as the "happy warrior" of libertarianism.

Of this man's many parts, perhaps the largest could be formed from the intersection of two sub-parts: economics and history. On many occasions, he was a "pure" economist, while on others, he was a "pure" historian (he authored a four-volume history of the Revolutionary War period of the United States). But often and perhaps most-fruitfully, he melded the two roles both as an economic historian[2] and as a historian of economic thought. The capstone of his career was An Austrian Perspective on the History of Economic Thought, a multi-volume work on the third volume of which he was about to begin work when he died suddenly. The first two volumes, Economic Thought before Adam Smith and Classical Economics, by themselves delineate the tragedy that his death constituted for freedom and understanding. 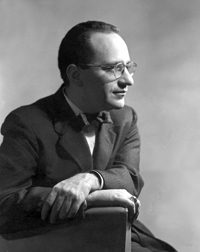 As the son of Jewish immigrants in New York City in the 1930s, Rothbard grew up in an overwhelmingly collectivist, communistic subculture as literally the only conservative in his school. Being such an "ugly duckling" was, however, by no means a matter entirely of his own invention. Rothbard credits the teachings of his father, an industrial chemist who himself was a conspicuous nonconformist ideologically, for providing him the unique perspectives and values that underpinned his lifelong iconoclasty. But what the younger Rothbard brought to the table was a penchant for laser-like analysis coupled with an uncompromising honesty both with others and with himself. When such a mind addresses any subject, be it economics, history, psychology, or politics, regnant fallacies tumble like wheat before the scythe. The result is inevitably and profoundly revisionist at every turn.

The single item of historical revision that seems at present to have the greatest importance to the largest number of people concerns the early Depression in the United States, on which immortal controversy Rothbard published the best, most comprehensive and final word in 1963 in his book America's Great Depression,[3] coincidentally the same year (and city) in which the book was published that continues to hold far greater sway among far more people, Milton Friedman's and Anna Schwartz's A Monetary History of the United States.[4] One of the many differences between Rothbard's book and that of the Nobel laureate is that Rothbard's book, like virtually everything he published, was thoroughly accessible to the interested lay reader, while Friedman's opus, at three times the length, was strictly for professional consumption.

The critical myth that Rothbard exploded once and for always was that President Herbert Hoover had resolutely maintained a laissez-faire hands-off economic policy that would have reversed the economic downturn that Franklin D. Roosevelt's unprecedented usurpations of the rights of private industry deepened and sustained into the Depression. Puncturing a beloved icon of the conservative Right, Rothbard detailed the numerous and invasive interventions conceived and launched by Hoover, of which Roosevelt's New Deal, as he showed, was only a continuation with little change in scope or direction. For this, he earned the undying enmity of many public and political figures who previously had regarded him as a supporter.

Such a penalty was no surprise to Rothbard, nor did he regret having brought it on; he was accustomed to paying all manner of such "prices" for his forthrightness and incisiveness—the comparative obscurity in which his name languishes to the present day may be taken as a perverse monument to his fearlessness in the face of adverse opinion. In fact, Rothbard was moved on at least one occasion to comment on his often-demonstrated tendency to wreck his own career. Modestly quoting a comment made by an economist, Knut Wicksell, whose work he admired, Rothbard confessed an inability to resist speaking on an important matter that "nobody else was speaking about." This, in turn, he claimed, was not born of any desire to be different, to seem audacious, or to be able to assert claims of precedence or discovery, but rather, of an unwillingness to let the neglect of something urgent continue.[5] Such an impulse must strike a chord in the heart of any revisionist anywhere.

Continuing on the line of unpopular revisionism, Rothbard displayed little patience for the territorial aggressions of the state of Israel, nor for the mythology of the Holocaust providing moral cover for Israeli expansionism as long ago as 1967, when he published "War Guilt in the Middle East" in the Spring-Summer issue of the proto-libertarian journal Left and Right. In that article (http://tinyurl.com/2aystg6), he wrote:

What a "clean wholesome feeling" indeed when "Arab deaths don't count!" Is there any difference at all between this kind of attitude and that of the Nazi persecutors of the Jews whom our press has been attacking, day in and day out, for well over twenty years?

With seeming prescience, he had barely a year earlier published his essay, "Revisionism for Our Time" in the Rampart Journal of Individual Thought for Spring 1966 (http://tinyurl.com/2a34mts). The unnamed war Rothbard here argued against would seem to have been the Vietnam War, but the Six-Day War of 1967 bears the brunt of the same essay quite as well. He ended his essay with this thought:

. . . revisionism, in the final analysis, is based on truth and rationality. Truth and rationality are always the first victims in any war frenzy; and they are, therefore, once again an extremely rare commodity on today's "market." Revisionism brings to the artificial frenzy of daily events and day-to-day propaganda, the cool but in the last analysis glorious light of historical truth.

As time after World War II wore on, enemies of Rothbard's revisionism (counter-revisionists?) began to coalesce and acquire visible identification with the expansionist projects of Israel. Along with Holocaust mythology, their chief propagandistic weapon was the charge of anti-Semitism, always ironic when leveled against Rothbard. In December 1990, such behavior as manifested against Pat Buchanan became so egregious that Rothbard was compelled to pen "Pat Buchanan and the Menace of Anti-anti-Semitism" (http://tinyurl.com/2bdyw9u)[6]. Among many gems, it contains this one on a winner of the Nobel Peace Prize who remains today if anything a more-interesting subject of inquiry, Elie Wiesel:

…this is the selfsame Wiesel who, in the early 1980s, pronounced his feelings to be favorable to none other than the monster [Rumanian dictator Nicolae] Ceausescu. Why? Because of Ceausescu's pro-Israel foreign policy, naturally. Any man who confers his blessings upon one of the most savage butchers in the past half century, is scarcely qualified to hurl anathemas at anyone, much less at Pat Buchanan.

As for the nature of his persuasions in the economic sphere, Rothbard became the dean of the Austrian school of economics upon the 1971 death of his teacher and mentor, Ludwig von Mises. The Institute named after Mises was formed by Rothbard and Rothbard's friend and supporter Lewellyn Rockwell, in California in 1982, and it was as vice president for academic affairs that Rothbard lived out the very productive final years of his career. Rothbard experienced little to no period of decline prior to his 1995 heart attack. He was working at his accustomed high rate of productivity up to the very day of his death.

Perhaps the most-profound of Rothbard's many and subtle findings from his numerous and penetrating inquiries concerns the influence of Adam Smith on both economics and the very course of history. In a nutshell, he concluded and demonstrated that, together with English economist David Ricardo, Smith developed and promoted a "labor theory of value" that not only imposed a setback on the development of economic theory, but also provided the essential logical springboard from which Karl Marx initiated and launched the worldwide communist revolution that engulfed so much of the Twentieth Century in fire and blood!

Rothbard arrived at these conclusions from a synthesis he made of the theories of Thomas Kuhn, author of The Structure of Scientific Revolutions,[7] and the economist Emil Kauder. Kauder argued that the Smithian/Ricardian labor theory of value set back economic theory for several generations by supplanting the findings of first Aristotle and then the so-called Spanish Scholastics of the Middle Ages regarding the true ("subjective") manner in which prices and values arise in markets[8]. Kuhn demonstrated in his book how the long-term advances of science (and, by Rothbard's extension, history and economics) are neither smooth in pace nor at all times upward. With a number of trenchant examples and thoroughgoing analysis, Kuhn established the understanding, still rarely encountered in popular discourse today, that advances in knowledge are plagued by frequent and occasionally serious reverses in which correct understandings are lost, even expurgated, in favor of newer, more-stylish fallacies that can arise from any of a number of sources.

Working with this synthesis in his History of Economic Thought, Rothbard established not only that Adam Smith's virtually universal canonization as the patron saint of free-market economics is undeserved because of the long-preceding work of Aristotle and the Spanish Scholastics, but also that Smith's labor theory of value actually undid the sound foundation his predecessors had laid to explain values and the formation of prices in markets. And as corollary to this destruction, he demonstrated, Smith's vaunted work actually served as the linchpin for the ideological nemesis that Rothbard had resolutely stood against from his early boyhood: communism.