For some years now I have been writing a special cover letter to go with the December issue of this Report. Needing a little shove to get going I was searching for cover letters I wrote here for Christmas in 2004 and hopefully in 1994. Or there about. It could be interesting. As it turned out I have no record of a Christmas letter for 2004, and in 1994 I was still doing Prima Facie for the Institute for Historical Review. I do have that issue but there is nothing about Christmas in it. But then I ran across an article I wrote in SR 204 that caught my attention. I had forgotten about it. I was struck about how the idea called to me. My expression of the idea. The simplicity of it maybe. I don’t know.

THE LIGHT OF DAY

The Radical Beauty of Intellectual Freedom

Speech is like life that way. We can't get away from the hurt. Our mothers and our fathers die. Our friends die. Our dreams come to smash. Our children come to smash or die. Our dogs and cats die. It all hurts. Hurt is one of the great realities of conscious life. Trying to avoid hurt by avoiding speech is a dead end.

Human society, human beings, cannot exist without speech. Speech is indivisible from thought. If you can't think, what is there about you that is human?

The "Light of Day" is the beautiful image used by academics to express the radical ideal of intellectual freedom. I suppose this image originated with Matthew where, as tradition has it, he wrote that God made the sun to shine on the "good and the bad" alike. As He made the rain to fall on the "just and the unjust” alike.

The promise of Light is to reveal everything that can be revealed to human consciousness, to human awareness, about a given. Light has nothing to say about what is true and what is false, what is moral or what is immoral. The promise of light is that it will reveal what is to the human mind, and the human heart, to everything it reaches.

Today, Light is there to serve those of us who support the Bush administration's conquest and occupation of Iraq, and it's there for those of us who condemn it. Light itself has no position on American policies in Iraq. With the illumination of Light, those policies can be vetted via an open debate in a free press.

Among academics, the most prominent voice arguing against Light is Deborah Lipstadt, author of The Growing Assault on Truth and Memory. Ms. Lipstadt is Professor of Modern Jewish and Holocaust Studies at Emory University. Her book is a very forceful polemic against the ideals of free inquiry, open debate, the expression of dissident ideas—in short, against Light.

In the interest of full disclosure, I should note here that Lipstadt devotes an entire chapter in her Denying The Holocaust to what she calls "The Battle for the Campus." In that chapter she focuses on my own work on campus, where I run essay-advertisements in student newspapers where I argue that the Holocaust question is an historical issue, not a religious one, and that in any case it should be examined in the routine manner in which every other historical question is examined. For us, old hat.

Lipstadt argues the contrary. She writes that any suggestion that there might be an "other" side to the orthodox Holocaust story, particularly the gaschamber tales, is "the most frightening aspect of this entire matter.”

It is unclear to me why the accusation that the Germans, accused of being unique among all peoples for their moral monstrosity, should not be free to defend themselves against an accusation they believe is false, or why others should not be free to do so. There are those who charge that it cannot be demonstrated that Germans used homicidal gassing chambers to intentionally murder millions of Jews. Why do so many professors—so many Deborah Lipstadts—argue that Germans alone of all peoples have no right to argue their case in the Light of Day? Who benefits?

The unspoken assumption behind all that Lipstadt writes on this matter appears to be her fear that to investigate the gas chamber stories in the Light of Day will prove harmful to Jews. That is, free inquiry, open debate, and access to a free press will all be harmful to Jews. I challenge this bigoted assumption! Light will benefit Jews—for exactly the reasons it will benefit Germans and all the rest of us, in exactly the same way. In any case, how can it not?

It bas been my experience, and I have a lot of experience with this, that the overwhelming majority of the professorial class, including those in administration, regularly argue that Light should be available to some, but not to all. I will address here only what Professor Lipstadt has to say about Light. She writes:

It is naive to believe that the "light of day " can dispel lies, especially when they play on familiar stereotypes. Victims of racism, sexism, anti-Semitism, and a host of other prejudices know of light 's limited ability to discredit falsehood.

It is naive to believe that Light can dispel lies. What does Professor Lipstadt believe will dispel lies and discredit falsehood? Darkness? How many victims of racism do you know personally, how many victims of sexism, and anti-Semitism, do you know personally, who speak out against Light, in favor of Darkness, with regard to their own experience?

Consider chattel slavery in America. Let’s try to imagine what would have happened to that institution if the Africans who were brought here, offloaded on our docks in chains, had been allowed to enter the world of Light, to express their opinions on the pros and cons of some enslaving others? If they had been encouraged to bathe in Light rather forced to exist in Darkness for their rest of their lives? Where are the Professor Lipstadts, those academics throughout the American University, with regard to her Darkness of spirit?

At this writing I will suggest the simple (simplistic?) observation that if in fact Black Africans had been allowed access to the beauty and emptiness of Light once they were offloaded on American docks, neither we nor they would now have to listen to another “Ferguson” mendacity.

*** A New Israeli study finds signs of trauma in grandchildren of Holocaust survivors. This study http://tinyurl.com/nkn5zjq

detects “unprocessed,” “indirect” signs of post-trauma, “or” problems in communication and interaction systems, among second-and-third-generation descendants of Holocaust victims. Covers most all bases, eh?

This would call for more reparations, in my view, on into the fourth and fifth generations of these newly discovered Jewish victims. The U.S. Congress is willing, eager, to fund these reparations by law and by exerting influence on others to do the same. Jews were “holocausted” so there can never be an end to the profits they deserve. There can never be an end to shining an independent light onto these particular victims and their particular victimizers. It is all justified morally, and legally, because Germans used gas chambers to murder millions of Jews. That’s a fact that cannot be questioned. Not by academics, journalists, or politicians. With re to the Holocaust story, they are all on the take, protecting their income, their careers, their income. Their incomes. The overwhelming majority of these fearful, intellectually and morally corrupt individuals are found in social and political communities that are not Jewish. The sheer numbers involved are immense. Again, it’s us. It’s not them.

And Then It Was Christmas 2014

Returning to the notion of radical beauty, light and emptiness. I used to refer to my wife Irene as “La Pistolera.” A tough and dangerous lady.

That was before we married. After some 35 to 40 years (I’ll have to ask) here is how she feels about life now. In spite of everything. 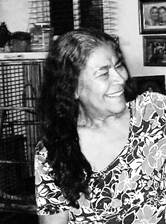 Why would the two photos above cause the brain to recall the radical beauty of light and emptiness?

It’s not quite Christmas yet, but there is a birthday party for Little Brad the end of every October, and one for Anthony at the beginning of every November. Grandma is taking the photo below and is giving directions that make some of us laugh. This was at Lil Brad’s party when he turned nine. 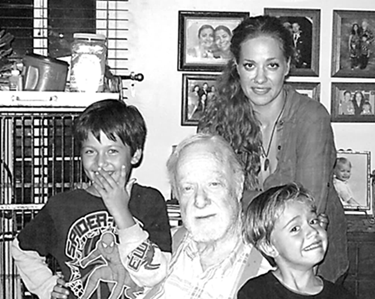 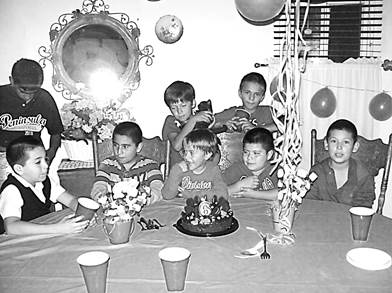 This is the night of Anthony’s 6th birthday. Brad is holding a new cat, kitten, that has been named "Ninita" – “Baby Girl.” 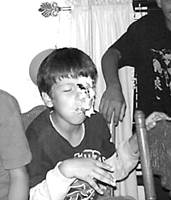 Here is Lil Brad after having his face pushed into his birthday cake for his ninth birthday. Which is a Mexican tradtion—for children, that is. A moment later it got a lot messier. Laughing all around.

And then below is a photo of the mother of Lil Brad and Anthony, our daughter Paloma. It’s cut out from a photo with me. I came out very blank, or white, in the photos we took. That’s maybe why, in an earlier day, I would have been known generically as a “paleface.” 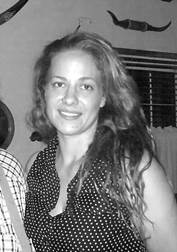 As I mention to her every now and then, I’ve seen homelier girls.

*** So here we are. I want to thank all of you for all your support all this last year—to say nothing of the years, even decades before. I am not particularly happy about how the work went this year, but that’s how it is in life. Some years the work works better, some years not. It’s like life that way—ups and downs, ups and downs.

It looks like I will begin chemotherapy again, in January. Third time. It’s been one thing and another for six years now with the cancer thing. Not much suffering really, but mucho tiredness. The tiredness does affect the work.

Nevertheless, with the help of an inventive Web technician here, I am set up to address “Hillel: The Foundation for Jewish Campus Life” www.hillel.org . To address it all with one issue: The Radical Beauty of Intellectual Freedom.

Hillel is the largest Jewish campus organization in the world. They engage with college students at more than 550 universities across the globe. Students affiliated with Hillel act as “terrorists” (to coin a phrase) to intimidate academics and those who pay them into eliminating the beauty of academic freedom at those 550 campuses.

And we will not forget the SS Shoah Foundation at USC. They will be on our master list with Hillel. This is a project that none of us has ever attempted. I’m talking about tens of thousands of Jewish students and their professors.

A last word: I wish you and your family and your friends a merry Christmas (as they say) and a very good New Year in 2015.