The Norwegian public broadcasting network NRK has published a satirical cartoon that makes humorous and irreverent references to the Holocaust. This particular cartoon happens also to be the opener in the annual best-of collection from NRK's Satiriks.

The topic of the cartoon is the difficulty that university students face in finding decent and affordable housing. 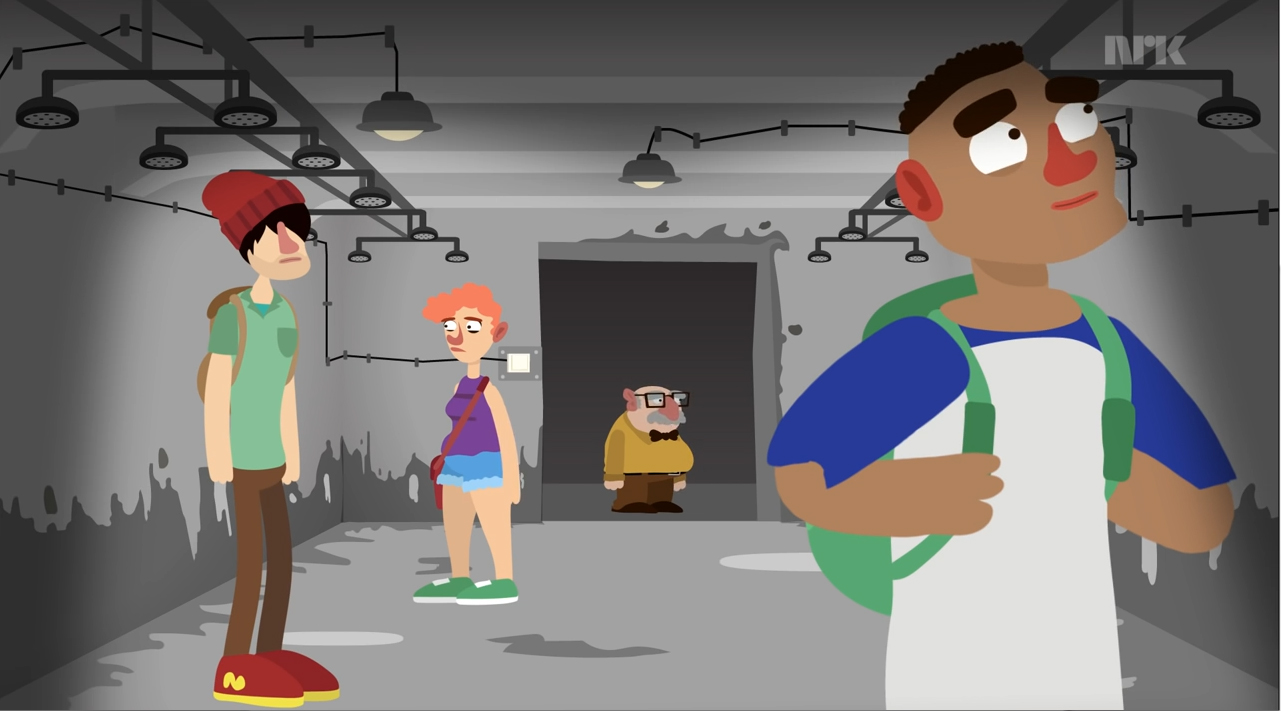 Two white students and a third student with brown skin, obviously representing a member of Norway's Muslim immigrant population, are looking for a place to live. The brown-skinned student is the most aggressive of the three and does most of the talking.

It turns out that the place where they are seeking an apartment distinctly resembles the images of concentration camps shown in Anglo-American propaganda immediately after the Second World War.

A small, elderly man who appears ethnically Jewish shows them around. When they arrive at an open crematorium retort containing ashes and a human ribcage, the immigrant student asks excitedly if the oven is for making pizzas. 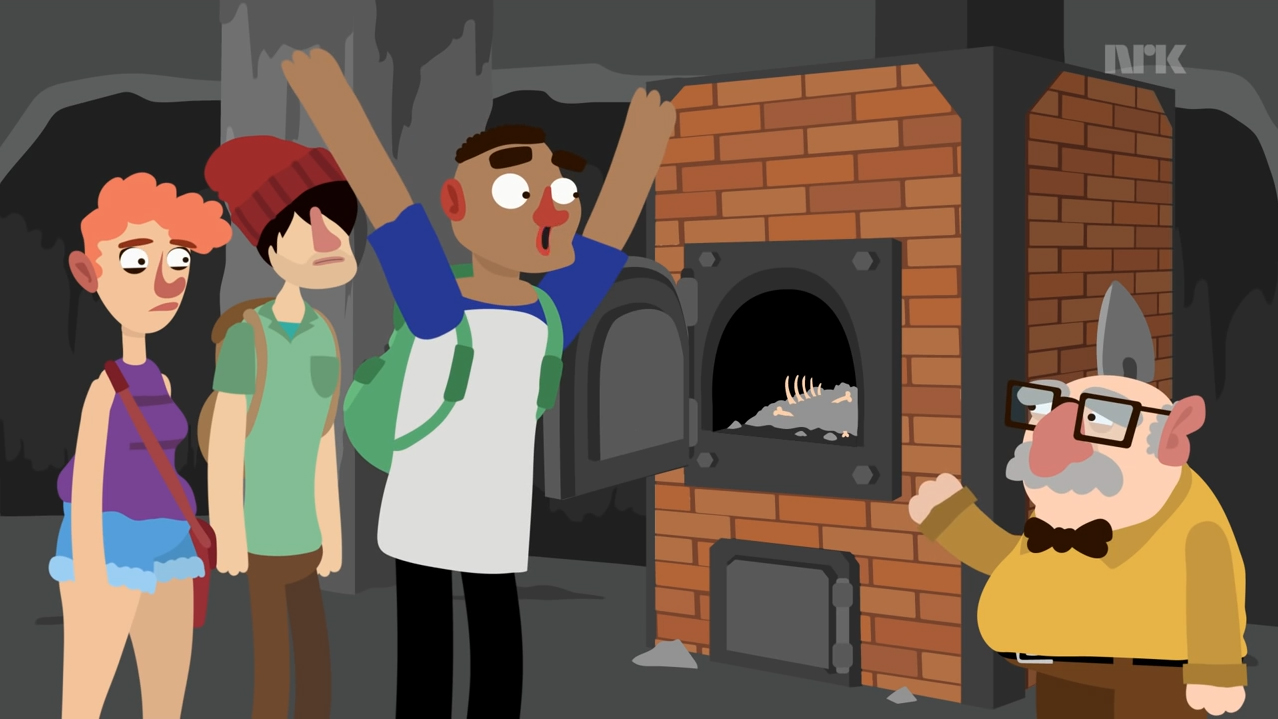 In the next scene the immigrant student jubilantly shakes hands with the elderly Jew while holding up a lease agreement in his hand. Meanwhile the two white students, clearly less enthusiastic about their choice, unload their belongings from a moving-van. 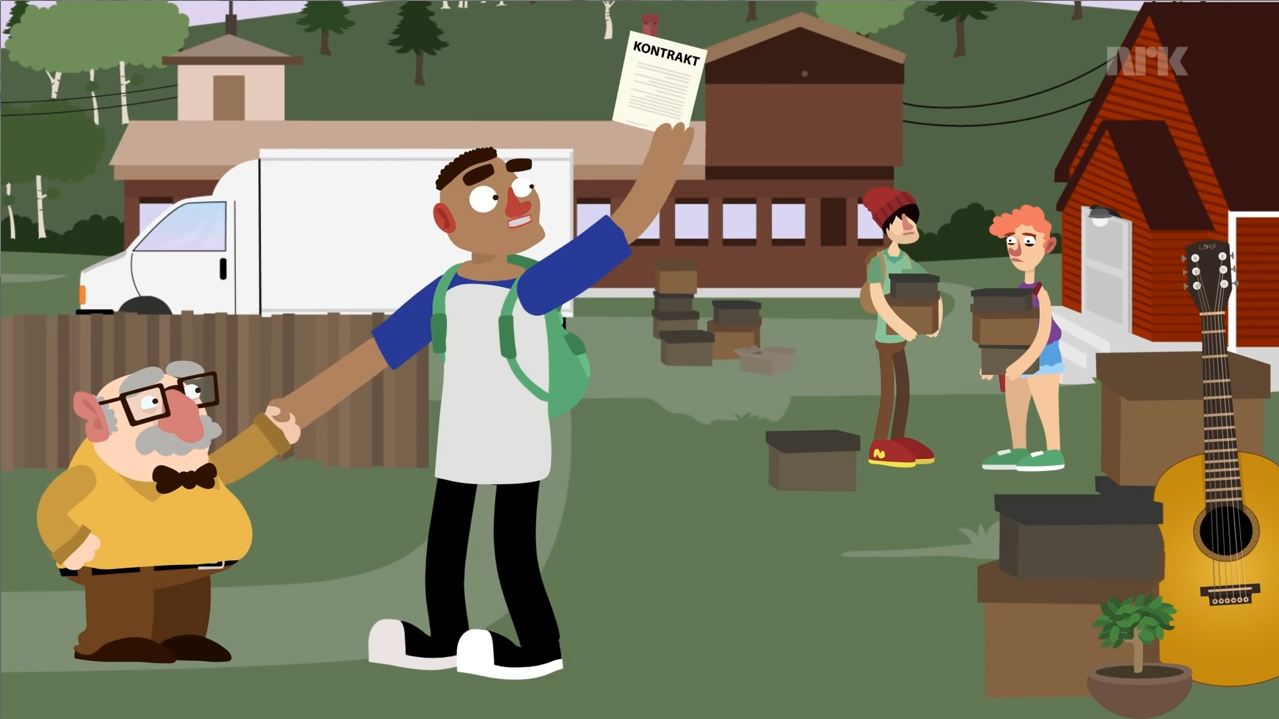 This is quite clever and funny, but of course NRK ultimately had to apologize for treating the Jews' favorite myth irreverently. A spokesman for NRK said:

“This cartoon should not have spoofed the Nazi genocide, and we’re sorry this reference obstructed what the sketch is really about.”

But to understand the meaning of this apology, one must take into account that NRK's Satiriks are very irreverent in general. These cartoons are very raw and do not stop at depicting, for example, sexual intercourse and other bodily functions. Offensiveness is par for the course with these cartoons. Despite whatever obligatory apology some spokesman for NRK may have issued, the demand that the Holocaust not be treated the same way as other taboo subjects is unlikely to have gotten much genuine sympathy from the people responsible for Satiriks, nor most of its audience, especially since the alleged event is now supposed to have happened more than 70 years ago. Most likely the prospect of having to issue pro forma apologies to appease unreasonable complaints from Jews was figured into the decision to publish the cartoon.

Significantly, NRK has not removed the offending cartoon from its own site nor from YouTube, where it can still be seen.