Why do we have a United States Holocaust Memorial Council, anyway? This story may seem ”old news” as I didn’t get around to posting it when I first saw it. The appointments by the White House took place on Oct. 29. It is still important news, though, as a way of explaining just what is the US Holocaust Memorial Council. I did not know, and knowing what it is helps us to realize just how big an investment the U.S. Government has made in keeping “the Holocaust” alive and kicking in the minds of Americans and foreign visitors to Washington, DC. So here goes …

The United States Holocaust Memorial Council is the governing body of the United States Holocaust Memorial Museum. Did you know that the USHMM, as it’s known, is a project of the U.S. Government? That’s important to know. The Council alone consists of 55 presidential appointees, in addition to ten Congressional representatives and three ex-officio members from the Departments of Education, Interior, and State. That adds up to 65 high-level persons who all get paid by the taxpayers, in one way or another, for “serving” on this Council.

Of the five new Council members, four are Jews. Not only Jews but they are very active in “holocaust” promotion and other causes solely for Jews. The first is Wiesel, who I think has been a member from the beginning, as he was its Founding Chairman in 1980, appointed by Democrat Jimmy Carter. At that time, Wiesel attempted to sell the idea by writing to Carter that Holocaust activists aim to use the commission (set up to create the museum) to “reach and transform as many human beings as possible.”

“We hope to share our conviction that when war and genocide unleash hatred against any one people or peoples, all are ultimately engulfed in the fire.” Of course, this is never applied to Israel, or even the U.S., which proves the hypocrisy of the “remembrance” campaigns of the Jews. The other appointees are:

Joseph D. Gutman, who is on the executive committee of Birthright Israel and has held leadership roles with the Jewish Federation of Metropolitan Chicago and the American-Israel Public Affairs Committee (AIPAC).

Roman R. Kent, born in Lodz, Poland (so we know his name is not really Kent) and serves as Chairman of the American Gathering of Jewish Holocaust Survivors and Their Descendants, is President of the Jewish Foundation for the Righteous and of the International Auschwitz Committee, and is Treasurer of the Conference on Jewish Material Claims Against Germany.

Howard D. Unger, an investment banker, the son of a Holocaust survivor, a member of the Committee on Conscience—the Museum’s genocide prevention initiative, and serves on the board of the Holocaust and Human Rights Education Center.

Clemantine Wamariya, a friend of Elie Wiesel, who “survived” the 1994 genocide in Rwanda and now lives in Kenilworth, Ill. (a very upscale suburb of Chicago). She began speaking about her experiences on the Oprah Winfrey Show in 2005 and has shared her story at Museum events around the country. Currently an undergraduate at Yale University, she is involved in the Yale Refugee Project, which works closely with New Haven’s Integrated Refugee and Immigrant Services.

It’s apparent that each of these persons has a personal investment in keeping holocaust propaganda in the news and appearing timely. They are not objective and don’t balance each other out. However, 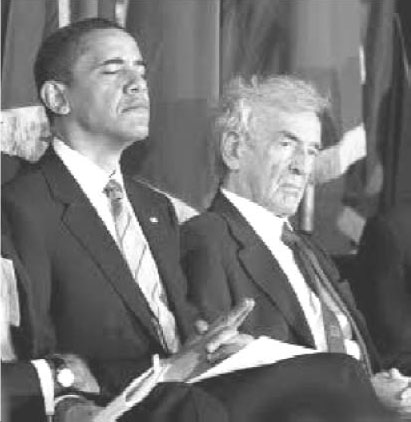 President Obama said of his appointments:

“These fine public servants bring both a depth of experience and tremendous dedication to their new roles [...] Our nation will be well-served by these men and women, and I look forward to working with them in the months and years to come.”

Some of the other newer members of the Council, appointed in June, are Nancy B. Gilbert (Jewish activist), Deborah E. Lipstadt (Jewish activist & author) and Marc R. Stanley (Jewish activist). Members of Congress who serve on the Council are Gabriele Gifford (Jewish, AZ), Patrick Grimm (RC, NY and Brooklyn-born), Nan Hayworth (NY), Pat Meehan (RC, PA), Henry Waxman (Jewish, CA). From the Senate: Richard Durbin (RC, IL); Orrin Hatch (Mormon, UT); Frank R. Lautenberg (NJ) and Bernard Sanders (VT), both Jewish. I’m sure they all get stipends for this “service,” or at the very least “expenses” with no questions asked. To see a list of the current members of the Council, which appears to be entirely Jewish (though I suppose a few are not), go here: http://tinyurl.com/7pd5f7w

In addition to this is the large staff of the Holocaust Memorial Museum itself, for which the Federal government donated the land and the U.S. Congress voted unanimously to establish in 1980 after concerted lobbying by American Jews with Israeli backing. Jewish groups came up with a large amount of original funding for the museum, but now American taxpayers provide the bulk of the Holocaust Museum’s annual budget – in 2003 to the tune of $38.4 million which was 67% at the time. Its government funding for fiscal year2004 was increased to $39,997,000. It is currently in the area of $50 million a year. (By comparison, in 2003, the John F. Kennedy Center for the Performing Arts received less than $34 million in federal funding. That figure was cut to $32,560,000 for fiscal year 2004.)[1] 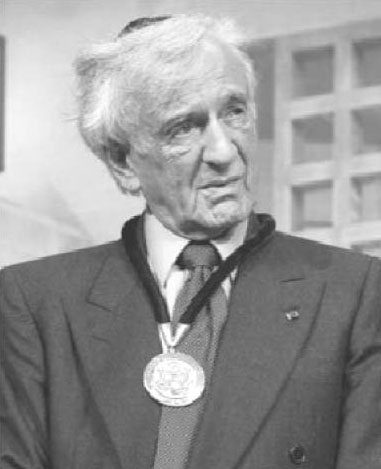 Moreover, in the year 2000, President Bill Clinton, a Democrat, signed legislation granting the museum permanent status as a federal agency, in effect locking in federal support. As a museum press release explained at the time, “Permanent status permits Congress to provide funding without having to review the federal role. Every U.S. government entity requires congressional authority before funds can be allocated; but not every federal institution is given permanent status.”

According to the USHMM website, the museum’s function is to be a “living memorial to the Holocaust.” The U.S. taxpayers were not asked whether they thought their tax money should go to providing in perpetuity a living memorial to “The Holocaust” on American soil, but their Congressmen and –women answered the demand of the Jews to do it in their name.

Constant media propaganda deceives many an American into thinking this expensive memorial is helping world peace or global humanitarianism. According to an ADL (Anti-Defamation League) press release, the program “brings law enforcement officers to the U.S. Holocaust Memorial Museum in Washington, D.C. for an intensive program that challenges them to examine their relationship with the public and to explore issues of personal responsibility and ethical conduct.”[2] If the museum helps foot the bill for these junkets, that would explain where some of the yearly $50 million goes. In what way, however, does it help U.S. law enforcement officers do a better job enforcing U.S. law, except to “profile” certain groups as likely victims and others as likely perpetrators? It appears to be nothing more than indoctrination. The same is done with school children who are also brought to the museum to be indoctrinated as to who are the victims and who the perpetrators.

Who is taking advantage of whom?

This is just one piece of the morality tale of how our government gets stolen out from under us by clever, well-organized Jews and elected representatives of the people who, instead of serving the majority interests, serve Jewish interests. Elie Wiesel has been a ‘friend’ of every U.S. President since he became a U.S. citizen in 1963 … why? There are other ’holocaust survivors’ among the U.S. population, some with far better stories than Wiesel’s. Many have even written books. Why aren’t they ed by Presidents and put in charge of multi-million dollar budgets and taxpayer-funded museums? Why is it always Wiesel? One thing we can say is that a large part of the USHMM’s mission is to facilitate and secure a glorious legacy for Elie Wiesel. He is the chosen one to represent, as much as is possible in the person of one man, the horror and meaning and continuation of the Jewish Shoah for all time. Thus, the USHMM devotes a lot of attention to Wiesel now, and after he is dead … well, you ain’t seen nuthin’ yet. Here, as an example, is what was said upon bestowing on Wiesel the museum’s highest honor in May of this year, which they even named after him:

In honor of Wiesel’s extraordinary vision and moral stature, which not only created the Museum but inspired a worldwide movement of Holocaust remembrance and education, the award henceforth will be named the United States Holocaust Memorial Museum Elie Wiesel Award. As a speaker at this event, Clemantine Wamariya (mentioned above as one of the October appointees to the Holocaust Council), said of the impact Wiesel’s book Night had on her as an 8th –grade student, “It was as if my mouth opened and I’ve never been quiet since. It spoke to me directly and told me I must not be silent.”

Elie Wiesel the public personage cannot be separated from the U.S. Holocaust Memorial Museum in Washington D.C. It is as responsible for him as he is responsible for it. What that means will continue to be explored on this website.