In July, Oscar-winning director Oliver Stone commented that Hitler's actions during World War Two should be put "into context." This comment along with the assertion that "Jewish domination of the media" has prevented an honest discussion about the Holocaust landed the "JFK" director in hot water. The comments occurred during an interview in which Stone was promoting his new Showtime television series, "A Secret History of America."

The incident itself demonstrates that a reconsideration of Hitler, the Holocaust or any aspect of the Nazi regime is verboten in the US and much of the world today. While Stone quickly issued an apology, the episode points up the difficulties faced by those who would seek to revise our understanding of World War Two. 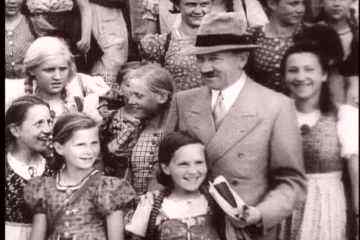 Should Adolf Hitler be studied out of context?

Revisionist pioneer Harry Elmer Barnes commented in his "Revisionism: A Key to Peace":

"Any revisionist protests or corrections in relation the recent blatant and irresponsible Germanophobia are met by charges of anti-Semitism or an intention to 'rehabilitate' Hitler."

While this tactic has become an automatic but still-ugly reflex since Barnes made the assertion back in the 1960s (even Barnes has been charged with being anti-Semitic), the tactic was recently applied to Oliver Stone as well. His comments were denounced as "nauseating, anti-Semitic and racist." Barnes, using a slightly more veiled language than Stone, also commented,

"It has often been asserted that this historical blackout is today a sinister and deliberate plot to obstruct the truth and degrade history. This is undoubtedly the truth with respect to the program and activities of some minority groups and ideological organizations which have a special vested interest in perpetuating the wartime mythology."

While such a deliberate plot is a tremendous force aligned against revisionism, Barnes goes on to point out perhaps an even bigger obstacle:

"But, for the most part, it has become more the unconscious product of three decades of indoctrination and brainwashing that grew out of interventionist and wartime propaganda. Even most professional historians who began their teaching career after 1937 have automatically come to accept as truth the distortions of prewar and wartime interventionism. The current blackout is as much an inevitable and automatic reaction to brainwashing as a perverse conspiracy."

Indeed the effort to revise the history of World War Two is met with suspicion, ad-hominem attacks, threats, and even imprisonment. For all the trouble that one can find by questioning the wartime mythology, this pales by comparison with the opposition which is met when reconsidering the Holocaust.

With this subject, the generally pejorative label "revisionist" is replaced by the heretical "denier." The psychological impact of the term "Holocaust denier," long and relentlessly inculcated in the public mind since its constituent minds were young, immediately signals the audience that the one charged is devious, vindictive, hateful and possibly even criminal, obviating all questions including the crucial one of guilt.

If World War Two shattered more lives than any other event down to the present day, should it not be subject to the historian's magnifying glass? While it has become fairly commonplace to revise the heroic stature of figures in American history such as Columbus, Washington, Jefferson, and even Lincoln, the figures of the Second World War remain immutable in the mythology that has been constructed around them. While the Allied figures like Churchill and Roosevelt have been the target of some healthy skepticism, the villains of the piece, Hitler and Mussolini, are rarely allowed an exculpatory word.

Few today would look upon other events of the Twentieth Century in terms of purely good and evil. The generation that grew up during the Vietnam era commonly questioned the activities of its government for reasons both abundant and clear. Today, even the tragic events of 9-11 and the Iraq and Afghanistan wars are fair game to the media and the general public. Only World War Two remains painted in strictly moral terms.

As we study history we try to place it in context. It is an indispensable process for grasping ancient history, the Bible, the Founding Fathers, and just about any other historical event you can recall. In fact studying such events "out of context" is laughable even on the surface. But clearly a call to put Hitler "into context" is unacceptable. The mythology of the Second World War apparently does support and is indeed propped up by a special interest. If it were not, would there be laws subjecting those who express disbelief to prison?

In this issue of Inconvenient History we turn a dissident eye to several aspects of the mythology of the Second World War. In our feature story, Editorial advisor Joseph Bellinger reveals the little known story of the liberation of the infamous concentration camp at Bergen-Belsen. We are also happy to publish the third installment of Thomas Kues's Chronicle of Holocaust Revisionism series bringing this classic piece of historiography up to 1960. Researcher Paul Grubach provides a lengthy analysis of Susannah Heschel's theology and focuses on the little discussed topic of Christianity in National Socialist Germany. Joseph Bishop returns to this issue by asking several unanswered questions about the Katyn Forest massacre. The issue is rounded out by reviews of Dalton's Debating the Holocaust and Longerich's Holocaust: The Nazi Persecution and Murder of the Jews as well as a new biographical profile of libertarian and revisionist Murray Rothbard.