Günter Deckert, leader of a small German nationalist political party, has been punished by a German court for serving as interpreter at a lecture by American gas chamber expert Fred Leuchter.

On November 13, 1992, a court in Mannheim found Deckert guilty of "popular incitement," defamation of the memory of the (Jewish) dead, and incitement to hatred. The court ordered Deckert to pay a fine of 10,000 marks (about $6,000), and sentenced him to one year imprisonment (suspended for four years). 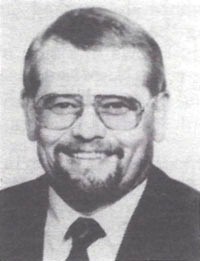 Deckert, 52, is federal chairman of the National Democratic Party (NPD), and is an elected official of the local community council of his home town of Weinheim (near Heidelberg). As in similar recent German "Holocaust" cases, the court refused to accept any evidence by the defense to show that what the defendant had said (or, in this case, translated) was true, declaring that the question of extermination gas chambers is an "obvious" fact. During the trial, prosecuting attorney Klein called Leuchter's findings "garbage." In the Fall 1992 presentation translated by Deckert, Leuchter reported on his forensic examination of the alleged "gas chambers" at Auschwitz, and explained his conclusion that these structures could never have been used to kill people as claimed. As the trial began, Deckert said: "The verdict has already been decided. This is a purely political show trial." Following the verdict, he commented: "Scholars in all countries must now acknowledge that historical research in Germany is not free. Even the presentation of new insights and sources is treated as an act of personal defamation." For the first time in Germany, even to translate such evidence about contemporary history is punishable as a crime, he added. Deckert – who is respected even by adversaries for his sharp tongue and keen wit – vows to continue the struggle. "After all," he says, "the earth is not flat." The verdict is being appealed.