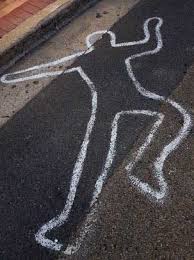 Auschwitz—Forensically Examined by Cyrus Cox summarizes the forensic evidence proving that Auschwitz was not an extermination camp. This article will review some of the important points mentioned in this book.

The Chemistry of Auschwitz

Forensic tests show that all of the delousing facilities at Auschwitz, Birkenau, Stutthof and Majdanek have one thing in common: their walls are permeated with Prussian Blue, a compound of cyanide and iron readily discernible by a distinctive deep blue color. Not only the inner surfaces, but also the outside walls and the mortar between the bricks of the delousing facilities have Prussian Blue staining. On the other hand, nothing of this sort can be observed in any of the alleged homicidal gas chambers at Auschwitz/Birkenau.[1]

1)   The Kraków Institute of Forensic Research published results in 1994 that claimed not to have understood how it was possible for Prussian Blue to have formed in walls as a result of their being exposed to hydrogen-cyanide gas. The researchers therefore adopted methods that excluded Prussian Blue and similar iron/cyanide compounds from their analyses. Their assumptions made it practically impossible to distinguish between rooms massively exposed to hydrogen cyanide and those which were not: all would have a “cyanide residue” of close to zero. The Kraków researchers concluded from their deliberately crippled analyses that, since the gas chambers and delousing facilities all had similar amounts of cyanide residues, humans were gassed in the gas chambers at Auschwitz/Birkenau.[4]

The cockeyed blabber about not understanding or about blue wall paint is egregious flimflam at best; in reality, however, it is a lie to confuse the audience.[5]

2)   Dr. James Roth testified at the 1988 Ernst Zündel trial that he received samples from Fred Leuchter in his capacity as the laboratory manager of Alpha Analytical Laboratories. The purpose of the tests was to determine the total iron and cyanide content in the samples. Dr. Roth testified that the Prussian Blue produced by a reaction of the iron and hydrogen cyanide could penetrate deeply into porous materials such as brick and iron.[6]

Cyanide is a surface reaction. It’s probably not going to penetrate more than 10 microns. Human hair is 100 microns in diameter. Crush this sample up, I have just diluted that sample 10,000; 100,000 times. If you’re going to go looking for it, you’re going to look on the surface only. There’s no reason to go deep, because it’s not going to be there.[7]

Cox writes in regard to Dr. Roth’s statement in Mr. Death:

That was a lie. To hydrogen-cyanide gas, plaster and mortar are as permeable as a sponge is to water… Roth knows this, because when he testified under oath at the 1988 Zündel trial, he truthfully said: ‘In porous materials such as brick and mortar, [hydrogen cyanide] could go fairly deep as long as the surface stayed open’…[8]

3)   Dr. Richard Green, who says “I am not embarrassed to call Holocaust denial hate speech,” agrees with Germar Rudolf that the Prussian Blue found in the delousing chambers is the result of gassing with hydrogen cyanide. However, Dr. Green offers a possible alternative explanation for why the outside walls of the delousing chambers have blue staining. Green writes:

Which absurd auxiliary thesis will come next? Maybe the one by Dr. Richard Green, who seriously proposed that the cyanide residues in the disinfestation chambers did not stem from fumigations, but were caused by objects leaning against the wall which had been soaked in a “hydrogen-cyanide solution”? Where then do the cyanide residues close to the ceiling, in the middle and outside of the wall come from?[10]

4)   French biochemist and Auschwitz veteran Dr. Georges Wellers provides another explanation by stating that humans are considerably more sensitive to hydrogen cyanide than insects. The homicidal gassings at Auschwitz/Birkenau thus were conducted with smaller amounts of hydrogen cyanide over shorter times. Wellers says the victims would have inhaled almost all of the hydrogen cyanide, so there presumably was nothing left to react with the masonry.[11]

In the masonry samples of the underground morgue, we should find approximately similar residues as in the disinfestation chambers, if not even more, provided that the stories told by the witnesses are true.[13]

The Cremations of Auschwitz

Cyrus Cox debunks eyewitness testimony claiming that gigantic flames burst from the chimneys of the crematories of Auschwitz/Birkenau. The construction blueprints show that the flues and the chimney of the largest crematories in Auschwitz/Birkenau each had a length of about 15 meters. The coke and coal used to fuel the furnaces burn with a short flame not exceeding half a meter. This fuel could not even have produced flames that protruded out of the cremation muffles.[14]

Many witnesses also claim that smoke constantly covered all of Auschwitz/Birkenau. However, none of the aerial photos taken of Birkenau by Allied reconnaissance planes since late May 1944 shows a column of smoke from any of the crematories. This is so even though these facilities were allegedly cremating the Jews deported from Hungary at their peak capacity.[15]

The capacity of the Auschwitz/Birkenau crematories has also been exaggerated by proponents of the official Holocaust story. The crematories of Auschwitz/Birkenau had muffles with doors 1.97 feet in width and height, and were meant to cremate only one corpse at a time without casket. The full incineration of a single corpse took about an hour.[16] If one considers that the furnace had to be cleaned daily from ash and cinders, a coke-fired crematory could be operated for a maximum of only about 20 hours per day.[17]

There effectively were never more than 38 cremation muffles concurrently operating at Auschwitz/Birkenau. Their theoretical maximum daily capacity on a 20-hour-per-day operational schedule amounts to:

Since single furnaces or even complete crematories had to be shut down on occasion for necessary repairs, and since the furnaces were often operated by unskilled detainees, one can assume that the actual cremation capacity at Auschwitz/Birkenau was significantly lower.[18] There was never enough capacity at Auschwitz/Birkenau to cremate 4,800 corpses per day as alleged by pro-Holocaust historians.[19]

Cox does acknowledge that approximately 13,000 corpses were buried in mass graves in Birkenau in 1942 because deaths from a typhus epidemic exceeded the limited cremation capacity in the camp at the time. Most of these bodies were later exhumed, with many bodies probably directly burned on pyres.[21] However, Cox says a photograph taken of Birkenau on May 31, 1944 provides irrefutable proof that the alleged incineration of Hungarian Jews on enormous outdoor pyres has been nothing other than a gigantic propaganda lie.[22]

Carlo Mattogno agrees with Cox’s analysis. In his book Auschwitz: The End of a Legend, Mattogno states in regard to Allied aerial photographs taken at Birkenau on May 31, 1944:

It is pointed out also that the aerial photographs taken by the Allied military on 31 May 1944, at the crucial time of presumed extermination, on the day of the arrival at Birkenau of about 15,000 deportees, and after 14 days of intense arrivals (184,000 deportees, averaging 13,000 per day) and with an extermination toll (according to Pressac’s hypothesis) of at least 110,000 homicidally gassed, which would have had to average 7,800 per day, every single day for 14 consecutive days; after all of that, the photographs do not show the slightest evidence of this alleged enormous extermination: No trace of smoke, no trace of pits, crematory or otherwise, burning or not, no sign of dirt extracted from pits, no trace of wood set aside for use in pits, no sign of vehicles or any other type of activity in the crucial zones of the courtyard of Crematory V nor in the earth of Bunker 2, nor in Crematories II and III. These photographs constitute irrefutable proof that the story of extermination of the Hungarian Jews is historically unfounded.[23]

In 1972, the two architects Walter Dejaco and Fritz Ertl, who were involved in the planning and construction of the crematoria at Auschwitz-Birkenau, had to stand trial in Vienna for assisting in mass murder. The Auschwitz Museum had sent the Viennese court the construction plans of these buildings. Because the judges found themselves incompetent to evaluate these plans, they tasked the Viennese architect Gerhard Dubin, a certified engineer, to examine these designs to ascertain whether the spaces denoted by the Auschwitz Museum as execution chambers could have been used as such or could have been restructured for such use. Dubin answered “No” to both questions in his expert report. This was one of the reasons why both defendants were ultimately acquitted by the jury. Subsequently, an unknown person removed Dubin’s embarrassing (for the orthodoxy) expert report from the trial records, because today it is not to be found there. This destruction of evidence is not only grossly anti-scientific, it is also a criminal act.[24]

The Holocaust orthodoxy continues to suppress evidence to this day. Publicly disputing the official Holocaust narrative is a crime in some 19 countries. Moreover, in Germany it is prohibited by threat of punishment to file a motion with the court to admit evidence seeking to prove that revisionist statements are correct. The reason given is that such motions constitute “Holocaust denial” and would therefore be a criminal act during a public trial. Accordingly, several defense lawyers have been sentenced simply because they filed such a motion.[25]

In order to keep the public in the dark about the fact that the defendants are being sent to the dungeon for entirely harmless and scientifically well-based statements, their writings for which they are on trial are moreover not read out in the courtroom, which would normally be obligatory, but the trial participants—judges, prosecution, defense—are ordered to read the material by themselves at home.

Ever since the introduction of these measures, silence has been once more every citizen’s primary duty in German courtrooms. Shut up, and don’t you dare protest![26]

Auschwitz—Forensically Examined provides an excellent introduction to the forensic evidence proving that Auschwitz/Birkenau was not an extermination camp. Readers who are interested in a more detailed analysis of the forensic evidence can read books written by Germar Rudolf and Carlo Mattogno to gain additional insights.

Dr. Nicholas Kollerstrom writes: “…for any alleged human gas chamber found in a German World War II labour camp let us merely measure cyanide in the walls: if it’s not there, it didn’t happen.”[28]

[1] Rudolf, Germar, “Some Technical and Chemical Considerations about the ‘Gas Chambers’ of Auschwitz and Birkenau,” in Gauss, Ernst (ed.), Dissecting the Holocaust: The Growing Critique of Truth and Memory, Capshaw, Ala.: Theses and Dissertations Press, 2000, pp. 363-371.