William Blake (1757 – 1827) was as much an artist as poet, as much a printmaker as philosopher, but I fell in with the legions guided by his spirit when I encountered a passage that comes from a public address of his sometime around 1810 that appears as follows in his Notebook:

It captured—very nearly—the spirit animating me as I engage in activities in support of historical revision. In approaching those many under the sway of the regnant narratives of events of the past, I have met up with manifold varieties of inertia. Like you and me, other people find attacks on what they have always believed or supposed unsettling, and reflexively reject not only the attacks, but those—including their lifelong friends, as the case may be—who expose them to such attacks. Maybe it has something to do with keeping one’s emotional or perceptual balance, or sense of security therein. It usually does not in any obvious way relate to any religious, cultural, or tribal fetters of the sort we all—still, even in this Age of Enlightenment—do, in fact, bear from our cradles to our graves. It could have something to do with indoctrination, or conditioning, of the sort we experience at least from the moment we pass as children through the portals of the educational institutions. But it likely also stems from the verities we absorb with our mothers’ milk. 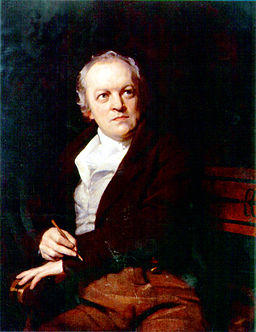 In any case, we revisionists, no doubt like Blake in his day when he put about his own unwelcome insights, encounter disbelief and much worse at the hands of those whom we might hope to enlighten. Blake acquired the insight that such a project was, if not outright hubris, nonetheless doomed to disappointment by elemental forces of (human) nature. So, taking recourse to the Ultimate Fount of Reason to which each of us has equally ready recourse—his own self—he came to the insight that correcting the misinformed was not, in any case, his purpose. He found his real purpose in the defense, if not of The Truth itself, then of those who had realized it, and perhaps in some cases, even enunciated it.

This struck a chord in me, but it didn’t enable me entirely to see myself as I believe I am. I don’t see myself quite as one capable to discover truths and expound them to the world in such fashion that, at the very least, my credibility might be respected. I am not, so to say, quite so constructive. I am, rather, destructive in most of my enterprises—rather than advancing truths, I attack untruths. I attack untruths by analyzing their effects, both those presumably intended and others not necessarily intended. I pursue the motivations for untruthful enterprises, seeking out not only those who implement them, but those who enable those implementations, and the rewards those enablers seek for themselves and their constituencies. Perhaps this makes me a conspiracy theorist, but it makes me that in a world that indeed is quite full of conspiracies, the success and effects of which can be breathtaking.

In view of my destructive tendencies, I formulated what I call a “corollary” to Blake’s manifesto, and it goes:

The things we are told, and the resultant beliefs we assume, whether casually or even after profound contemplation, are in every case conveyed by agents, and these agents—every time, and in all cases—are informed by an agenda that, whether it harms us or helps us, is in any case not our own agenda.

The end result of this condition, which is as ancient as the sapience of mankind, is that we are subject to lies—lies, spins, distortions, omissions, censorships—the list goes on forever, and we need look no further than our very own selves to see this dynamic in operation.

Successful advancement of truths of my own to supplant or deflect those imposed by the agents in command of the organs of mass sentiment would expose me to the temptation to emplace, virus-like, my own agenda in the places first claimed by my opponents. But to assault entrenched narratives with contradictions, sources of doubt—that policy is purely, and perhaps in this case virtuously—destructive.

Should/may/can we be left shorn of all impressions of what happened “back then,” at whose hands, and on whose heads?

No. But a reasonable first step in the process of pursuing the ultimate elusive ghost, The Truth, might be first to recognize the interests invariably served by those who would inform us in such matters, and at the very least to discount what we hear in terms of what we can discern as to the motivations that might have impelled them, along with the pressures and influences their long-ago times unquestionably did exert upon them.

And as for those who we can see have need to mislead us, let us be careful about adopting particular viewpoints contrary to those they advance, for those contrary points of view may very well themselves get no closer to The Truth than the viewpoints we reject. And as for the evidence and interpretations offered in correction, we should take care to grant these messages at least the same fair hearing we granted to those that we heard earlier.