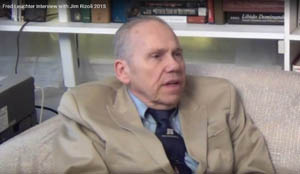 Did you ever wonder what happened to Fred Leuchter after Errol Morris had done his documentary on him called Mr. Death? Those of our readers who have stayed on top of things will have noticed that Leuchter has been on the editorial advisory board of Inconvenient History for a quite a few years. Admittedly, this is more of an honorary position than a functional one. Now Fred has finally come out of hiding by giving an almost two-hour interview to Jim Rizoli about all the things that have happened after he was ousted due to his authoring the famous Leuchter Report. He also talks about how he got into that mess, and all the things that happened before, while and after he was doing his trailblazing investigations at Auschwitz etc. So don’t miss watching this really informative interview: youtu.be/J7aPiYzXPMI

Speaking of whom, Castle Hill Publishers just released yet another new edition of an old revisionist classic: The ground-shaking and trailblazing Leuchter Reports: Critical Edition. This fourth edition contains all four Leuchter Reports, plus a new section on a more-recent investigation of the alleged Dachau gas chamber.
(shop.codoh.com/book/404) 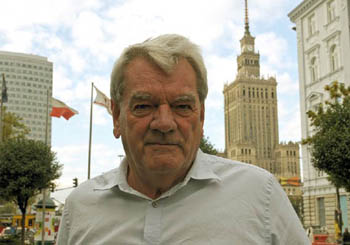 David Irving got the Jerusalem Post’s attention this year when going on his “Aktion Reinhardt” tour (see the news item in last month’s Smith’s Report). Headlined “Holocaust denier David Irving: ‘I’m not an anti-Semite, yet’,” the Sept. 2 article mainly consists of an interview – with not much said. One might wonder why this attention? Maybe the JPost had trouble filling its pages, and making its readers get goosebumps pays off somehow? (tinyurl.com/onqbolg) 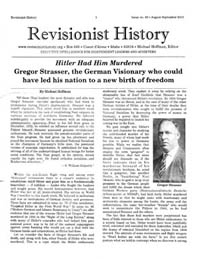 Michael Hoffman has just sent out no. 80 of his 12-page Revisionist History newsletter. It features an 8-page-long article on Gregor Strasser, the man “Hitler Had Murdered” in the summer of 1934, as Hoffman puts it; comments on Pat Buchanan’s take on Pope Francis, and a brief review of J.R. Dancy’s The Myth of the Press Gang. Back issues can be accessed here: tinyurl.com/nn8p3j4 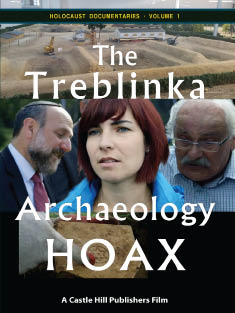 Castle Hill Publishers released their first-ever DVD: The Treblinka Archaeology Hoax. This documentary by Eric Hunt has been available as a free download since early 2014. Now it can be purchased for watching on a HD TV. It comes with optional English, German, Spanish and Portuguese subtitles
(amzn.com/B0151SE3OO).

Also available from Castle Hill Publishers is the third, slightly expanded edition of Don Heddesheimer’s trail-blazing book The First Holocaust. It features an afterword by Germar Rudolf on the book’s impact on revisionist research into the six-million figure (shop.codoh.com/book/403).

Stalin’s War of Extermination 1941-1945 was written by a German government historian who just prior to his retirement turned openly revisionist. The hard-cover edition of this book appeared in 2001. It is now available in an unabridged paperback edition (shop.codoh.com/book/32)

In a revisionist joint venture between The Institute for Historical Review and Castle Hill Publishers/CODOH, two revisionist classics have been put back into print: Wilhelm Stäglich’s Auschwitz: A Judge Looks into the Evidence, and Walter Sanning’s The Dissolution of Eastern European Jewry. The first features a foreword, the second an afterword by editor Germar Rudolf, giving updates on the issues dealt with in the books (shop.codoh.com/book/383 and shop.codoh.com/book/384). Granted, the books have been available since earlier this year, but the joint-venture aspect of it is new and newsworthy. 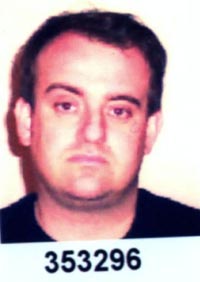 Vincent Reynouard, working from exile, has released eight of his video presentations with English subtitles (tinyurl.com/opyc452):

– “Why the Germans dynamited the crematoria at Auschwitz”

– “Revisionism: The Reasons for Germany’s Silence”

– “In front of historians, a few revisionists could be right”

He has also added a number of new videos to his French YouTube Channel(tinyurl.com/omnvc7q) 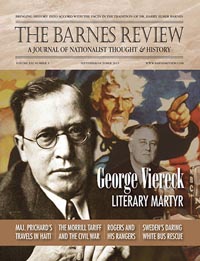 Issue no. 5 (Sept.(Oct.) of The Barnes Review has a featured paper on “George Viereck: American Martyr” by Marc Roland. In the 1930s and ‘40s, Viereck was considered one of the supreme literary geniuses of US history. But then he made a mistake: he criticized FDR’s interventionist military policies... On its 64 pages this magazine issue has much more to offer, though, i.a.: South Carolina Secedes; The Saga of Robert Rogers; The Germans: Eminently Tribal; Japan’s Operation Balloon Bomb; Nazi Germany and the Slavs; Folke Bernadotte & the White Buses; Rothschilds Fund the Soviet Union
(tinyurl.com/pjds5pm). 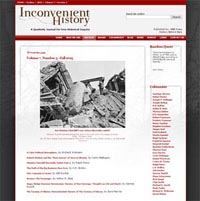 Richard Widmann released the Fall issue of Inconvenient History in early September featuring “Patrick Desbois and the ‘Mass Graves’ of Jews in Ukraine,” by Carlo Mattogno, “Winston Churchill Discreetly Veiled, Part 2,” by Ralph Raico, “The Myth of the Big Business-Nazi Axis,” by Kerry R. Bolton, “War Criminals in Israel,” by Jett Rucker, as well as three reviews and an editorial
(tinyurl.com/psx26dv).