For Email Newsletters you can trust
Contribute
Donate Now!
other ways to contribute »
Popular items
About the Author
Kyle Hunt
Kyle Hunt is the publisher of the Renegade Tribune at http://renegadetribune.com/ and the founder of Renegade Broadcasting, where he hosts The Solar Storm. He also organized the 2014 White Man March and created the film adaptation of Hellstorm.
Read more »
Featured documents
Search the Library
Advanced Search

The famous revisionist Bradley R. Smith, who had been at this struggle for truth for over 35 years, is no longer with us. Germar Rudolf reports:

"A short while ago we were informed that Bradley R. Smith passed away on this Thursday, February 18, 2016. We volunteers at CODOH mourn the passing of our Committee’s founder. We will send out more details later. May he rest in peace."

Smith was born exactly 86 years before he died, on February 18th, 1930. He started down the difficult road of exposing the lies of the “Holocaust” in 1979 when handed Robert Faurisson’s “The Problem with the Gas Chambers.” In Confessions of a Holocaust Revisionist, Smith’s autobiographical book, he wrote:

"I felt stunned, as if Buck Rogers had somehow come down from the 21st century and zapped me with a beam from his ray gun."

Smith quickly absorbed the revisionist research and dedicated his life to getting the truth out. In the 1980s it was through his Prima Facie newsletter and his collaboration with the Institute for Historical Review. In the late 80s Bradley founded the Committee for Open Debate on the Holocaust (CODOH) and started releasing The Smith Report about all of his activities. CODOH was one of the first revisionist organizations to take full advantage of the internet, starting in the early 1990s and continuing to the present day.

Also in the early 1990s Smith started purchasing full page advertisements in college newspapers around the country, laying out the revisionist argument and calling for an open debate. These ads would run in over 350 newspapers over the next decade, causing quite an uproar in the jewish press. 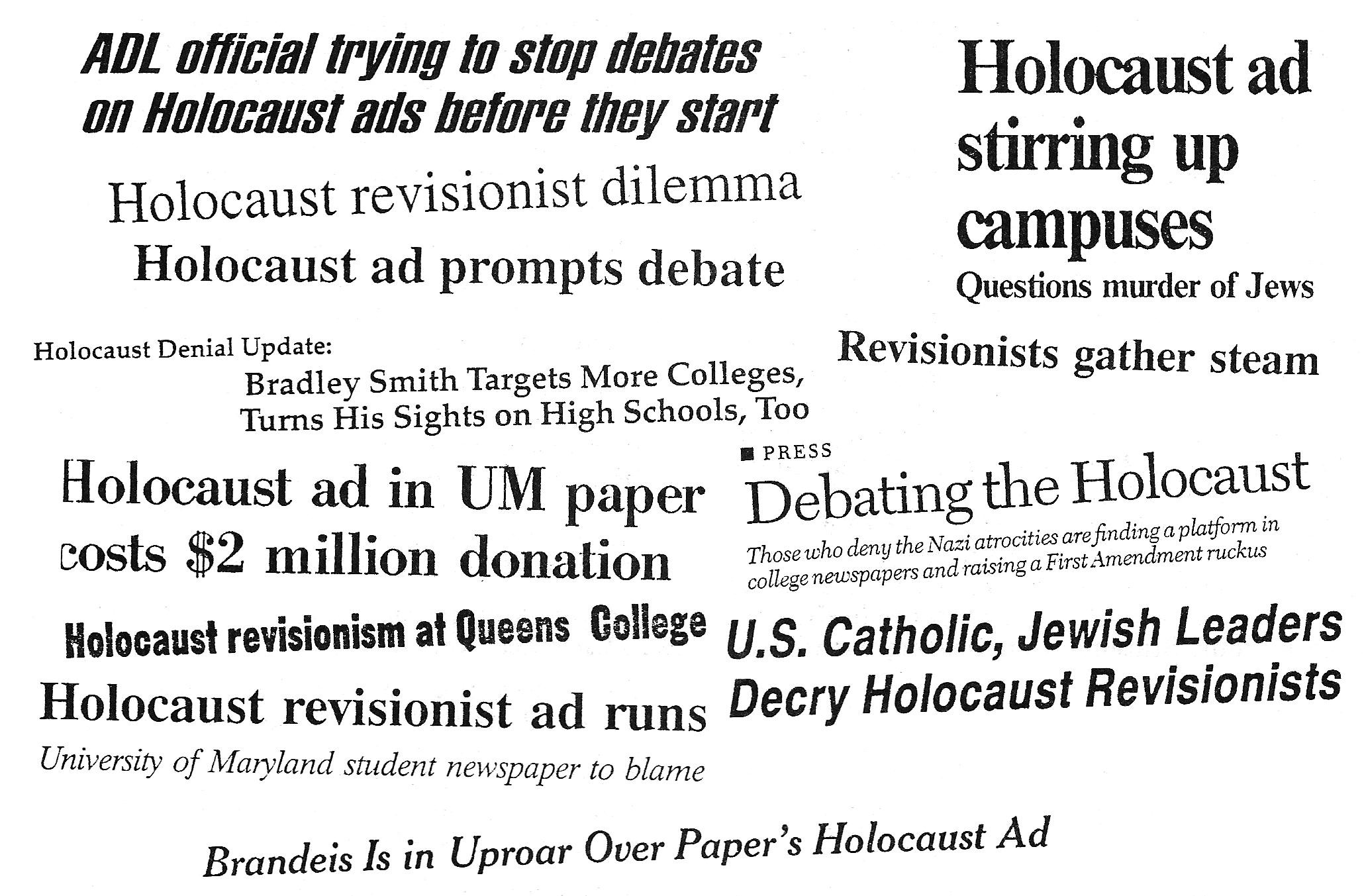 Smith’s campaign was reported in The New York Times, Time, The Washington Post, and The LA Times, amongst many other popular periodicals. He aired his views on over 400 radio broadcasts and appeared with David Cole on the Phil Donahue Show. In December 2006, Smith gave a speech to an international audience at the Tehran Holocaust Conference.

It is difficult to briefly encapsulate Bradley Smith’s decades of dedicated work, so I encourage you to check out the CODOH website, read his Metapedia entry and check out the collected links to his work, and search through Youtube for his content.

A commenter at CODOH paid homage:

"He was a fine writer, a model of good-natured, skeptical common sense, an inspirational figure who led by example and whose greatest contribution, perhaps, was simply to show how ordinary and obvious and ultimately moral revisionism really is."