Robert Faurisson – A Profile in Integrity

History loves surprises. The man, who has made maybe the greatest contribution to the unmasking of the biggest historical lie of our time, is not an historian. Nor is he a politician, even if the results of his research have far-reaching political consequences. He was the first who called attention to the technical impossibilities that ensue from the official version of the 'Holocaust,' but he is not a technician either. He is a retired Professor of French Literature.

I remember very well that day in December 1978, when I read an article in Le Monde by a Frenchman called Robert Faurisson. I had bought Le Monde because the journal described in detail the situation in Cambodia, which interested me especially. Vietnam had invaded Cambodia in December 1978, and the Pol Pot government was on the way out. The monstrous cruelties of the Red Khmers were at the time often compared to the alleged National Socialist genocide of the Jews. And now this Frenchman asserted that the extermination of the Jews was a myth. The gas chambers had never existed, he said.

The article troubled me. Obviously, this professor was no fool; he presented matter-of-fact arguments. But I decided to forget all about it anyway. I was not yet ready for the insight that the official version of the fate of the Jews during the Second World War is a myth. If I had decided then to check up on the problem and to study the literature of the revisionists, my life would no doubt have taken another course. I did not react, however. It was to take another 12 years before I got acquainted with the scientific research of revisionism. It happened thanks to Arthur Vogt, whom I got to know in 1991 and who gave me some revisionist books, among them also Faurisson's Mémoire en Défense.[1]

In March 1992, I visited Robert Faurisson at Vichy. He had read and corrected the manuscript of my book Der Holocaust-Schwindel[2] and he gave me tangible advice for my future research. I was impressed by his acumen and even more so by his courage and untiring pursuit of the truth. Intelligence not backed up by courage and honesty often proves to be worthless. I realized that I stood before a man who was not amenable to enter into a compromise with falsehood. He would never lower himself to an act of public penitence.

Faurisson's unwillingness to compromise may now and then cause his friends and sympathizers some headaches. Sometimes he reacts rather emotionally. Our mutual relations have not always been free of exasperations, but we have always overcome them. Ever since 1992, I have often had the honor to aid Faurisson as a translator, sometimes also as an interpreter. Among other things, I have translated a number of his articles for the Vierteljahreshefte für freie Geschichtsforschung.

Faurisson has the talent for analyzing complicated problems in a clear and intelligible way. Contrary to many other French intellectuals, he has no use for florid phrases, and he never flaunts his erudition. He expresses himself precisely. He does not define 'the Holocaust' as an 'exaggeration' but as a falsehood and he does not speak of 'the Zionists' whenever he means the Jews.

Faurisson has always emphasized that whoever wants to investigate 'the Holocaust' should begin with the gas chambers. With this he hits the mark. Without the gas chambers there could not have been any systematic extermination of Jews, because the murder weapon and the alleged genocide are inseparable. Faurisson's adversaries, those who seek to uphold the orthodox version of 'the Holocaust,' understand it perfectly well. They would never use arguments such as 'Whether there were gas chambers or not does not make any fundamental difference' or 'It does not matter whether the victims were gassed or died from typhus.' Without chemical slaughterhouses, without a systematic mass murder, the tragedy of the Jews is just one out of the numerous tragedies that befell the nations of Europe during the Second World War. The Jewish people thus loses its martyr status, and the State of Israel, whose establishing was approved by the world under the impression of an alleged 'unparalleled genocide,' would lose its legitimacy.

The fact that revisionist research took an entirely new direction about the end of the 1980s with the main emphasis on technical aspects is first and foremost thanks to Faurisson. Without him Ernst Zündel – defending himself in 1988 in the Toronto trial – would hardly have hit upon the idea to send an execution expert to Poland to make a forensic investigation of the alleged 'gas chambers' in Auschwitz. Therefore, the Leuchter Report (which admittedly is marred by some faults but nonetheless contains wholly correct conclusions) would never have been written. And so Germar Rudolf would not have elaborated his brilliant expert's report about the cyanide sediments in the walls of the alleged 'gas chambers.' Without Rudolf's contribution to revisionism, its most important book, Grundlagen zur Zeitgeschichte[3] (English version: Dissecting the Holocaust[4]) would have been non-existent. In short: The importance of Robert Faurisson to revisionism can hardly be overrated.

If we were to divide reflecting people into categories of 'synthetic reasoning' and 'analytic reasoning,' Faurisson would doubtless belong in the latter category. He never wrote any comprehensive study on 'Holocaust' in its entirety, like Arthur Butz's The Hoax of the Twentieth Century.[5] Faurisson's sharp intellect becomes excellently apparent when he investigates a specific problem and analyzes it in all its details like a detective. A brilliant example of this is his magnificent essay "Auschwitz. Technique and Operation of the Gas Chambers ou Bricolage et Gazouillage à Auschwitz et Birkenau selon J. C. Pressac,"[6] in which he dissects Pressac's gigantic work Auschwitz. Technique and Operation of the Gas Chambers with etching irony. In my opinion, this critic of Pressac is the best that Faurisson has ever written.

After all that he has done to promote historical truth, Faurisson would have a right to rest on his laurels; none of his friends would blame him for that. But he is not doing that. He is still writing, and his writings are always substantial. A striking example of this is his article "Holocaust-Dynamik. Wie ein eingebildeter Holocaust zu einem echten Holocaust führen kann" (Holocaust dynamics. How an imagined Holocaust can lead to a real Holocaust) that he wrote with reference to the terrorist attacks in New York.[7] In this essay Faurisson ruthlessly demonstrates how the tragedy that the Americans experienced on September 11, 2001, is but a minor episode compared to the sufferings they have inflicted upon other people during the twentieth century. To be 'politically correct' has never been Faurisson's distinctive mark, whether we talk of 'Holocaust' or of other controversial issues.

To my great pleasure there appeared recently a new book by Robert Faurisson, his first since 1993 (without counting his four volumes of Ecrits révisionnistes 1974-1999, a collection of all his revisionist production so far). The name of the new book is Le Révisionnisme de Pie XII and it gives an incontestable answer to the often asked question, why the Pope remained silent about the extermination of the Jews during the entire World War.[8] Faurisson gives evidence of Pius XII having been no 'Hitler's Pope' at all, but on the contrary a sympathizer of the Allies. He was extremely well informed about the situation in all the countries occupied by Germany, and if he had known about mass murder in extermination camps, he would immediately have called attention to this crime. But he did not do it, since he was convinced that the gruesome reports from Jewish organizations were nothing more than scaremongering. Ironically, it is not a Catholic but an agnostic who has written the best documented justification in defense of the most controversial Pope of the twentieth century.

In his essay "Die Führer der islamischen Staaten sollten ihr Schweigen zum 'Holocaust'-Betrug brechen,"[9] (The leaders of Islamic nations should break their silence about the 'Holocaust' fraud) Faurisson, not without some embitterment, called attention to the fact that France often has treated her subtlest thinkers in a particularly merciless manner. He reminded of the brilliant French author Ferdinand Céline, who was banned after the war on behalf of the criticism that he had leveled against the Jews in three of his books. Faurisson has not written any books against the Jews; he has only tried to find out the historical truth and to expose falsifications of history that are apt to create breeding ground for hatred and thus prevent a true reconciliation between nations. His life during the past twenty years has nevertheless been an almost unbroken run of persecution and judicial fights. He has been forced to pay astronomical amounts of fines and damages. He has been defamed as no other Frenchman after the war, not even Jean-Marie Le Pen, who after all is now and then given a forum on radio and TV. This opportunity is never given Faurisson; he is not permitted to defend himself publicly. The system knows that he is a very dangerous man. His weapon is veracity.

As early as our first meeting in 1992, Faurisson expressed himself rather pessimistically about the future of the revisionists. According to his opinion our adversaries are plainly too powerful. I hope that he will prove wrong. Arthur Butz wrote in the 1980s that the 'Holocaust'-story is going to crash at a moment that is unfavorable for Zionism. We are now experiencing such a situation; all over the world opposition is rising against the Zionist controlled USA and the criminal policy of the Washington government. As for Israel, it is today the most unpopular state in the world. In these circumstances the piper could soon change his tune. The enemies of historical truth are standing with their backs to the wall. Let us hope that Robert Faurisson will live to witness the fall of the 'Holocaust'-myth.

But even if it should not happen in his lifetime, history will doubtlessly allow this noble and courageous man the justness he deserves. 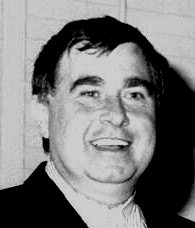 Jürgen Graf, Swiss citizen, was born in 1951 in Basel. He studied French, English, and Scandinavian languages at the University of Basel und worked as a teacher for many years. In 1991, he became acquainted with revisionism and subsequently became active in this field. He has authored five revisionist books and has co-authored three more together with his friend Carlo Mattogno. In 1998, Switzerland prosecuted him and his publisher Gerhard Förster for denying the gas chambers and the six million figure. He was sentenced to an unsuspended term of 15 months in jail. Graf, however, did not serve this prison term, but went into exile instead in August 2000. In 2001, he married a Russian historian in Moscow. He earns his living as a translator, i.a. for the Vierteljahreshefte für freie Geschichtsforschung. See juergen-graf.vho.org for more.