According to at least one former inmate of Auschwitz-Birkenau, conditions today in Sarajevo, the capital of wartorn Bosnia, are worse than in the notorious German camp during the Second World War.

Danica Bagaric, an ethnic Croat, was a 17-year-old partisan fighter with Tito’s Communist forces when she was captured by the Germans in April 1943. During the next two years, she was interned in four German camps, including (she says) 14 months in Auschwitz-Birkenau, perhaps the most notorious German wartime internment center. Bagaric’s statements are reported in a Reuter news agency feature article dated July 27, 1993. This item has appeared in a number of daily newspapers, including Australia’s Sydney Morning Herald of July 30 (reproduced here). 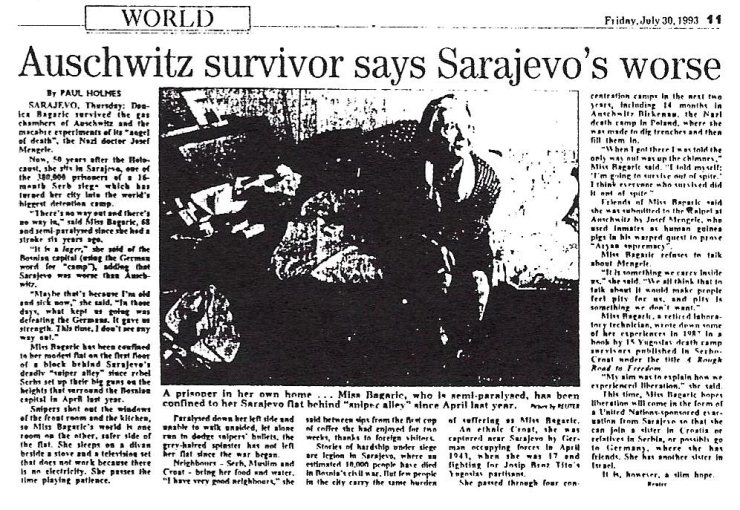