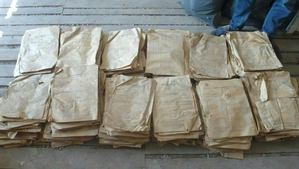 These documents, devoid of any real meaning, are the focus of yet another Holocaust sensationalism.

Austria's largest newspaper, the tabloid Kronen Zeitung, published this breathless report (in German) on 6,300 census forms recently found inside an interior wall in a mansion close by the Parliament building in Budapest. The forms, circulated in four districts of Budapest on May 30, 1944, required owners of residential property to report various data on their holdings, including the numbers of tenants or occupants, and the numbers of Christians and Jews among these.

The timing of this action was auspicious: the Wehrmacht had just invaded and occupied Hungary, as the Red Army approached from the east, and the Hungarian government had begun proceedings to surrender to the Soviet Union, which would have allowed it easy access to Germany's extensive border with Hungary. The paper spices its reportage with the headline "6,300 Forms of the Holocaust Discovered in Apartment."

The report, which lacks a display or translation (the forms would have been in Hungarian) of the subject forms, and much less a tabulation of their aggregated contents, speculates as to the uses the information might have been put to in conducting or extending the Holocaust, the while reciting widespread accounts of deportations of Jews from (other parts of) Hungary, and the death toll said to have been experienced by the Jews of Hungary during World War II. It does not mention Jewish Budapest native George Soros, who escaped the dragnet.

Evidently with no knowledge of the dimensions of the data other than the number of forms, the reporter wrings his hands in the last paragraph with wonder at the idea that any of the respondents might truthfully have reported the presence of Jews to the new Nazi masters of Hungary. The presumable behavior of Jewish owner/landlord respondents remains unspeculated-upon.

Perhaps the particulars of the data will prove more interesting than the present amply elaborated outline actually is. Or not.