So, Who Was Right, Then? 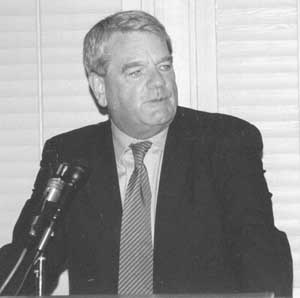 A commentary by David Irving, issued in Sept. 2002, on Fritjof Meyer’s May 2002 Osteuropa article.

In January 1995 the French news magazine L’Express reported that Auschwitz staff now admitted that the gas-chamber known as “Krema [Crematorium] I” (the one still shown to visitors) had in fact been erected in 1948 by Polish communists for the foreign tourists’ benefit. Fred Leuchter had already demonstrated the deception in 1988.

British historian David Irving (The Destruction of Dresden) spread word of this extraordinary admission in 20,000 postcards mailed to German notables by his worldwide circle of friends. This endeavour earned him yet another mention in dispatches by Berlin’s Office for the Protection of the Constitution (he had already been outlawed from Germany “in the German national interest” in November 1993).

In his January 2000 London libel action against the US history teacher Deborah Lipstadt, Mr. Irving adopted the following positions – strongly differing from those of Germany’s conformist historians: The real number of Jews dying in Auschwitz (“four million”) had been exaggerated tenfold; none whatever had been gassed in the big underground Kremas II and III; and key historical records had been faked.

For this “incorrigible falsification of history” his case was dismissed by Mr. Justice Gray with an annihilating Judgment. On May 21, 2002, Irving’s final appeal was denied, and pursuant to the English legal system his home of 34 years and his entire property and records were seized two days later.

Says Meyer, in accord with Lipstadt’s chief expert witness Prof. Robert Van Pelt: “The actual genocide probably took place outside the camp site, in two converted farmhouses.” Moreover: The figures had been exaggerated – as recently as 1989 Auschwitz staff were threatened with instant dismissal if they expressed doubts about them. And: To cover up “discrepancies” the late Prof. Martin Broszat had rewritten and doctored vital sentences in the memoirs of executed camp commandant Rudolf Höss before his Institute of Contemporary History officially published them. (Broszat of course had neither his home nor his property seized).

'The Most Dangerous Man on Earth'

"Today the world faces a single man armed with weapons of mass destruction, manifesting an aggressive, bullying attitude, who may well plunge the world into chaos and bloodshed if he miscalculates. This person, belligerent, arrogant and sure of himself, truly is the most dangerous person on Earth. The problem is that his name is George W. Bush, and he is our president."
—Jack M. Balkin, Knight Professor of Constitutional Law and the First Amendment at Yale Law School. From "The Most Dangerous Man on Earth," Hartford Courant, Sept. 22, 2002