Joseph Sobran is a lecturer, nationally-syndicated columnist and former National Review senior editor and critic-at-large. This commentary is taken from columns that originally appeared in the Dec. 23, Feb. 3, and April 7 issues of The Wanderer, a traditionalist Roman Catholic weekly.

Richard Cohen of The Washington Post writes that he is "written-out on the Holocaust. I can think of nothing new to say, no fresh angle." ... Unlike Senor Cohen, Spielberg has found something fresh to say about the Holocaust. But then Spielberg is a genius, who even finds fresh ways of imagining dinosaurs. Why should we have assumed that his imagination was confined to children's stories?

The new film's hero, Oskar Schindler, was, in real life, a Christian, albeit a lapsed Catholic. Spielberg has come under attack by some Jewish groups for making a Holocaust movie with a Christian hero. He himself is an Orthodox Jew. But his artistic instinct told him that the most moving of virtues is charity, just as the most dramatic is courage: Schindler's rescue of his Jewish workers combined both virtues.

The film may serve as something of an antidote to the short film shown at the Holocaust Museum that recently opened in Washington, which blames anti-Semitism and ultimately the Holocaust itself on Christianity. The theme that Christianity is the cause of the Holocaust has been adopted by some Jews; essays making this argument can be found in back issues of Commentary magazine, for example.

The thesis that Christianity is the cause of the Holocaust would have more immediate plausibility if Hitler and his circle had been believing or observant Christians, instead of stunted Wagnerians. They subscribed, rather spectacularly, to the cults of race and state. But why were they able to enlist the support of so many people who didn't fully share their eccentric enthusiasms?

No doubt there were many factors, including the widespread belief in eugenics and "racial science." But one factor that mustn't be overlooked was Communism – or, as it was widely called, "Jewish Bolshevism" (or "Judeo-Bolshevism"). Europe had a good idea of what was going on under the Communists, a recent study, Lethal Politics by R.J. Rummel, puts the number of dead in the Soviet Union at about 17 million by 1935 – a record Hitler was never to approach. (Rummel conservatively estimates the total from 1917 to 1987 at 61,911,000.)

Though most Jews had nothing to do with this, Jews were highly visible as both leaders and supporters of Communist movements everywhere. Red revolutions erupted, with varying success, in Germany, Hungary, and Romania. Europe was terrified, and many blamed "the Jews" tout court.

Morally, the murder of 17 million Christians doesn't justify the arrest, let alone the murder, of a single innocent Jew. But the point is not to justify, but to explain, just as a detective looks for the motive in a murder without wishing to excuse the murderer. The discovery that the murdered woman was a nag or an adulteress may make everything fall into place, implicating her husband, but it hardly vindicates him. 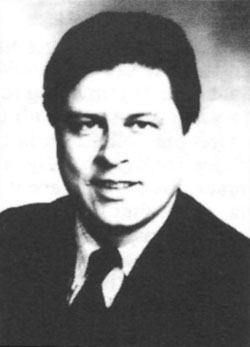 In the Holocaust, we know who the murderers and their accessories were. But what was their motive? Were they, in their own minds, avenging the crucifixion, or responding to something more contemporary? It seems overwhelmingly obvious that the latter was the case.

On the one hand, we are told that the Holocaust was a central event in history; on the other hand, it is so often taken out of history and presented abstractly, even sentimentally. We are given to understand that very bad people did very bad things, for no particular reason, and that they enjoyed popular support when they did them! So one of the colossal crimes of history is made to sound like the most unmotivated act of all time. Spielberg's earlier movies were accused of showing "cartoon Nazis." Well, what other kind of Nazis do we ever see? Even the most sophisticated films tend to represent Nazism as puppy-kicking raised to the nth power – a sin of sheer cruelty that could never have tempted ordinarily decent people. The scary thing is that it did. So did Communism. Even monsters need lots of little helpers.

I regret to say that I found Steven Spielberg's acclaimed Schindler's List, the story of the Nazi industrialist who saved the lives of a thousand Jews who worked for him, disappointing. First, the obtrusive obscenity. Not much, but enough to stain the movie. Second, the Nazis are just standard movie Nazis. The chief Nazi officer, Amon Goeth (brilliantly played by Ralph Fiennes), is given a few kinky quirks, and even the hint of a soft side, but this only underlines the sense that the movie's view is just as polemical as Hollywood movies produced during World War II. The moral seems to be that Nazis were cruel men with cruel dogs, and that part of the reason they were cruel (the men, that is) is that they couldn't get in touch with their feelings.

A really original movie might have shown how ordinary people could be drawn into a fanatical movement and induced to cooperate in horrible, systematic atrocities. It might have shown Nazis when they weren't just being Nazis.

Spielberg has tried to move outside the adventure movie, the genre in which he has no rival. But the result is just another kind of adventure movie. To be sure, there are many wonderful touches; the action scenes banish any suspicion that Spielberg's real genius has deserted him. All the same, it's a somber escape flick, a Holocaust epic for the silver screen. In the end it's simply inert. It says nothing in three hours that couldn't be said in two, and the last hour is punishing to sit through.

But having said all that, I want to stress something else. The film is pro-Christian. Schindler is twice, and pointedly, shown in church. He isn't made out to be a devout Catholic, but we are left in no doubt that his religion is ultimately part of what makes him behave heroically in the crisis of his life. Even more stunningly, at the end of the war we see him leading his Jewish workers in prayer, and he crosses himself. As he makes the Sign of the Cross, his hand passes over his Nazi Party button, which he then removes. The good cross triumphs over the bad one.

In this respect Schindler's List is almost the opposite of Shadowlands, the story of C.S. Lewis's marriage to Joy Davidman. Though Lewis was probably the greatest Christian apologist of his generation, the movie, directed by Richard Attenborough, plays down his religion, treating it as a kind of private hobby, and barely mentions that Joy was a Christian too.

Both movies are beautifully filmed. But both are too long, and both seem to push us into feeling emotions for the sake of feeling emotions. Spielberg wants to horrify us, and then to make us feel good together, like earthlings and Martians at the end of some of his children's movies. Attenborough wants us to have a good cry. But though deep feeling is a fine thing, it has to be earned by some serious way of addressing the human estate. Neither film, alas, tells us anything we haven't heard many times before.

Schindler's List, Oscar winner for Best Picture of 1993, wasn't even Steven Spielberg's best picture of 1993. "Jurassic Park" was. Part of the reason is that the dinosaurs in Jurassic were more plausibly motivated than Schindler's Nazis. The dinosaurs were hungry. Anyone can understand that. But what drove the Nazis? Just puppy-kicking cussedness raised to the nth power?

The Holocaust mystique has gotten way out of control. And it's not harmless. John Demjanjuk was nearly executed by the state of Israel for crimes he didn't commit, under legal procedures no civilized country would countenance. Baruch Goldstein, the Israeli doctor who went on a murderous rampage in February, had convinced himself that praying Muslim Arabs were virtual "Nazis," against whom any violence was justified. And he is by no means the only one who thinks that way.

When you reflect on it, all this Holocaust-harping – as if it could happen again at any time – implicitly insults Jews as well as Christians. It suggests that it's natural for Christians to hate Jews, and that Jews have value only for other Jews.

A film shown at the National Holocaust Museum in Washington blames Christianity for anti-Semitism. Thomas Keneally, author of the novel Schindler's List, has written in The New York Post that anti-Semitism is due to the belief that the Jews still bear the guilt of killing Christ.

But Hitler, not the most pious of men, didn't much care who had killed Christ. The Nazi war on Jewry had more immediate reasons and causes. Europe was in terror of Communism, which was often referred to as "Jewish Bolshevism." In Russia millions of Christians, including tens of thousands of priests, had been killed, while anti-Semitism had been declared a crime. Jewish-led Communist movements had erupted in Hungary, Romania, and Germany itself.

The prominence of Jews in not only Communism but various other fields, from finance to the fine arts, became the excuse for a war without distinction. Not only their vices but their virtues were held against them. Abolished in the category of innocence, Nazism became the mirror-image of Communism, rounding up whole classes of people for the crime of involuntary membership. Children were punished not for their parents' crimes, but for their parents' genes.

To explain the specific nature of Nazism is in no way to excuse it. There is no possible excuse for stripping innocent people of their rights, their dignity, their lives. But it is to resist the spreading smear of Christendom (which, to its credit, Schindler's List avoids).

There is a larger point that seems to be forgotten. The Jews who were murdered were not just a loss to the Jews. Europe was also robbed of them. Thinks of it this way. A similar roundup of American Jews at that time would have deprived us of Jonas Salk, George Gershwin, Richard Rodgers, Aaron Copland, Milton Friedman, Jack Benny, and countless others, including, ultimately Steven Spielberg. We would never have fully known what we had lost, since the names of Salk and Spielberg didn't yet mean anything to the public.

This is not sentimentalism; it's a hard calculation. And it doesn't even take into account innumerable personal friendships and affections between Jews and Christians. It doesn't take into account the many doctors, scientists, and inventors who enrich and prolong our lives even though we never stop to ask who they are.

If you want a haunting thought, imagine Mozart being drafted and dying at Verdun. The equivalent may have happened. Modern states and their wars have wiped out tens of millions of people, including many who might have endowed all our lives with beauty and eloquence. The Shakespeare of the 20th century may have been killed at Buchenwald, or Dresden, or Kolyma, or Tokyo. We will never know.

No matter how just the cause may seem, war destroys more precious things than we can ever measure, aborting possibilities that only God can see. The trouble with Schindler's List is that it never gets inside the real horror of the 20th century. It reduces tragedy to melodrama. Its black-and-white vision is exquisite, but it remains black and white.

In the March-April 1994 issue, page six, column one, the last word of the photo caption should be "state" rather than "City," so that it concludes "... where he worked as a physician in New York state."