The following texts are an assemblage from Michael Hoffman’s Blog, On the Contrary. Hoffman prefaced his post with this observation:  "Note: SSPX priests are not under the control of the Vatican. The SSPX was driven out of the Church of Rome by Paul VI and John Paul II and was never fully rehabilitated by the quondam Pope Benedict. The funeral Mass the SSPX offered for Mr. Priebke was in defiance of the diocese of Rome."

Following is the original story published in Catholic Herald.

The traditionalist Society of St. Pius X (SSPX) offered to celebrate a funeral for convicted war criminal Erich Priebke after the Diocese of Rome said the service would be allowed only in a private home.

However, violent protests outside the chapel forced the cancellation of the Mass, with some 500 protesters gathering on Tuesday outside the SSPX district headquarters in Albano, south of Rome, when a hearse carrying Priebke’s body arrived. People shouted "murderer" and beat the hearse.

Violence broke out after the arrival of a small group of people described by witnesses as neo-Nazis. Riot police intervened and two people were taken into custody, but the protesters remained and, according to Priebke’s lawyer, made it impossible for friends and relatives of the former Nazi SS officer to get to the chapel. 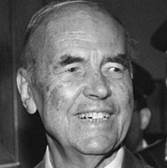 The lawyer, Paolo Giachini, told reporters outside the SSPX headquarters that the funeral Mass had not taken place, but that he had fulfilled his obligation to arrange a funeral. "Now it’s up to the authorities to decide what to do with the body," since he was unable to find a city where Priebke could be buried.

Priebke died last Friday at the age of 100. A former captain in the SS, he was convicted of carrying out a 1944 massacre of 335 Italian civilians in the Ardeatine Caves outside Rome. At the time of his death, he was serving his sentence under house arrest.

Priebke continued to claim he was only following orders when he took part in the Ardeatine Caves massacre and, shortly before he died, he affirmed his belief that the Holocaust was an invention.

The Diocese of Rome had refused Giachini’s request to allow a funeral to take place in a church or chapel.

In a statement issued on Monday, the diocese said, "Considering all the circumstances of the case, the ecclesial authorities believed that prayer for the deceased and entrusting him to the mercy of God — the aims of a religious funeral — should take place in the strictest privacy."

"Prayers for the dead were never denied," the diocese said, but the church had a right to insist the rites be "reserved and discreet."

Bishop Marcello Semeraro of Albano, secretary of Pope Francis’ Council of Cardinals, told Rome’s Corriere della Sera newspaper Oct. 16 that the church would never prohibit prayers for someone, but canon law does allow a bishop to deny a public funeral to a "manifest sinner" when it would scandalize the faithful.

After agreeing to host the funeral, the Italian district of the Society of St. Pius X issued a statement on its website saying, "A Christian who was baptized and received the sacraments of confession and the Eucharist, no matter what his faults and sins were, to the extent that he dies reconciled with God and the church, has a right to the celebration of the holy Mass and a funeral."

The statement said the SSPX condemns "every form of anti-Semitism and racial hatred, but also hatred under all its forms. The Catholic religion is one of mercy and forgiveness."

The SSPX has a history of comments by its leaders expressing suspicion or hostility toward Jews. In 2009, after now-retired Pope Benedict XVI lifted the excommunications of the society’s bishops, there was widespread outrage at revelations that one of the four, Bishop Richard Williamson, had denied the gassing of Jews in Nazi concentration camps. The SSPX later ousted Bishop Williamson.

The New York-based Anti-Defamation League, which combats anti-Semitism, issued a statement on Monday saying it was "shocked" that a "fringe Catholic sect" would agree to host the funeral of a "notorious Nazi war criminal."

(End of quotation from Catholic Herald)

Seven-Hundred thousand Israelis and world dignitaries attended the Israeli state funeral last week of Shas Party "Torah sage" Ovadia Yosef, the rabbi who repeatedly declared that the Arab people should be exterminated, and gentiles are merely donkeys intended for service to the Chosen People.

The Vatican sent their condolences to the Israelis over the death of Ovadia, and the western media largely whitewashed or minimized the Shas rabbi's record of hate speech, in his role as spiritual leader of a right-wing political party that has held powerful cabinet posts under Netanyahu, and helped to implement oppressive policies toward Palestinians and racist attitudes in the Israeli army of occupation.

In the face of these facts, the intolerance toward a church funeral for Priebke in Rome demonstrates the liberal hypocrisy of the Vatican and the current pope as he offers incense to sodomites and insults to a "Christian who was baptized and received the sacraments of confession and the Eucharist."

Note that the "Diocese of Rome" (Pope Francis is of course the bishop of Rome) denies the facts and asserts that Priebke showed a "lack of conversion" that "was public and notorious." To what does Rome refer? It almost certainly refers to Priebke having persisted in the "mortal sin" of doubting the existence of homicidal gas chambers in Auschwitz, a recently minted sacred dogma that has been enforced with inquisitorial fervor by every pope from John Paul II to the current Uriah Heep Pontiff.

I have no problem with criticizing things going on at the highest levels of the Catholic Church.  I have a problem, however, with your following assertion unless you openly admit to your audience of it being of a rhetorical nature and not a factual assertion: "It almost certainly refers to Priebke having persisted in the "mortal sin" of doubting the existence of homicidal gas chambers in Auschwitz, a recently minted sacred dogma that has been enforced with inquisitorial fervor by every pope from John Paul II to the current Uriah Heep Pontiff."

It is basic to our understanding of the Catholic Faith that a dogma is a defined doctrine of the Catholic Faith.  I know of nothing in the history of the Catholic Church wherein that Church has raised "doubting the existence of homicidal gas chambers in Auschwitz" to a "sacred dogma" by defining it as such.  (Appearances alone cannot substitute for reality.)  Do you?  If the answer is in the affirmative, please be so kind as to cite "chapter and verse."  Otherwise, please back off the rhetoric unless you provide an open qualification to same.  The use of rhetoric can be quite fine, of course, but if misused it can certainly damage one's own credibility.

This is the same hair-splitting that is utilized to defend the Church of Rome from the truth that it has transformed usury from a mortal sin, which it was, to one that now is not. Fact: the taking of interest on loans of money is no longer a mortal sin in the post-Renaissance Church. Any Catholic "Payday" Shylock who charges 10, 20, 50, 200, 300 or 400% interest on a loan can receive the Eucharist and be considered in good standing in the Church if he otherwise abstains from mortal sins that are still recognized as such. When we assert this fact in our book Usury in Christendom, apologists reply that Rome has not formally defined usury as no longer being a sin.

This kind of rabbinic escape clause does not impress. The best standard is, "By their fruits ye shall know them." The Vatican operates a usury bank in Vatican City. Catholics throughout the world may be found in the ranks of usurers, and Catholic usurers are in good standing with the Church. The Code of Canon Law encourages usury (Canon 1294). For those who have eyes to see, the mortal sin of charging interest on loans is no longer a sin in the Church of Rome. This is a revolutionary overthrow of a sacred dogma.

When we assert that the Church of Rome has made belief in the existence of homicidal gas chambers in Auschwitz a sacred dogma, we use this term as defined by the Oxford English Dictionary: 1. Sacred: "Set apart for or dedicated to some religious purpose, and hence entitled to veneration or religious respect; made holy by association with a god or other object of worship; consecrated, hallowed." 2. Dogma: "The body of opinion formulated or authoritatively stated; systematized belief."

In the speeches and writings of Popes John Paul II (who called the alleged gas chamber operation by the rabbinic term "the Shoah"), Benedict XVI and Francis, the legendary execution chambers of Auschwitz are non-negotiable articles of dogmatic faith. Furthermore, Rome is on record having made belief in the tale of homicidal gassings a criterion for exercising ecclesiastic office (declaration of the Vatican Secretariat of State to Bishop Richard N. Williamson, Feb. 4, 2009).

There is a massive movement underway led by an Israeli academic, together with wealthy Hollywood movie director James Cameron, to deny the Resurrection of Jesus Christ. This international movement produces Resurrection-denial books, docudramas and symposia. This is the greatest possible threat to belief in Jesus Christ, as the Apostle Paul affirmed (I Cor. 15: 17-18). The Vatican and the current and last two popes have invested nowhere near the equivalent energy and outrage countering Resurrection-denial as they have evinced for fighting "Holocaust-denial."

As Dr. Robert Faurisson has documented, Pope Pius XII, the pontiff in office during World War II, never once undertook any handwriting or hand-wringing about "gas chamber extermination." Catholics might want to ask themselves why it has suddenly become incumbent on subsequent popes to make a dogma out of faith in supposed Auschwitz execution gas chambers, when Pius XII did not trouble to mention them even once during or after WWII – in spite of having received intelligence reports from priests who heard the confessions of German-Catholic Auschwitz camp personnel, as the late Hans Schmidt has pointed out?

The whole idea of a church deifying one side of a history debate is preposterous. It is the sort of nauseating submission to worldly political correctness and opinion polls which post-Vatican II pontiffs perform in order to ingratiate themselves with the western media, and gain "a better p.r. image for the Church." If Mr. Priebke had gone to his grave whimpering to the ADL and the Simon Wiesenthal Center about the "cosmic evil of the Auschwitz execution gas chambers" he probably would have been permitted a discreet funeral in a tiny church on some Roman cul-de-sac. But he chose not to submit to the sordid idol of Holocaustianity which, barring a miracle, will be one of the few "sacred dogmas" which the Church of Rome will continue to enforce, even after it has embraced clemency and approbation for unrepentant sodomites and usurers.

What you seem to forget is that in the post-modern world a functioning tyranny over the mind of man no longer requires de fide proclamations to convey or enforce dogma. Dogma is internalized in the faithful by the zeitgeist and our depraved culture of situation ethics, apathy and cowardice that stem from that spirit. This is how the post-Renaissance Church of Rome mints its sacred dogmas in our time.

Hoffman is the author of Usury in Christendom: The Mortal Sin That Was and Now Is Not and The Great Holocaust Trial. You can find his stuff at On The Contrary http://tinyurl.com/m4j7vhw