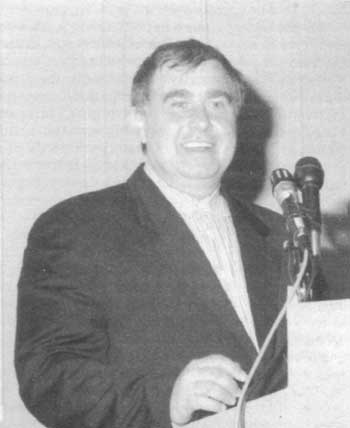 A prominent Swiss revisionist author who fled his homeland rather than serve a 15-month prison sentence for “Holocaust denial” has been welcomed in Iran.

Rather than begin serving the politically-motivated prison term that was to commence in October, Jürgen Graf is staying in Tehran at the invitation of a group of Iranian scholars and university professors who are sympathetic to Holocaust revisionism. (Contrary to some reports, he has not been given political asylum in Iran, nor has he requested it.) He has written an 80-page overview of the history and impact of Holocaust revisionism that is being translated into Persian and Arabic for distribution to scholars, journalists and religious and political leaders. Graf will also be giving lectures at Iranian universities. He learning Persian (Farsi) in an intensive study course.

Graf arrived in Tehran on November 17, 2000, concluding a journey that had taken him to Poland, Russia, Ukraine and Turkey. He is impressed with the hospitality and helpfulness of his hosts, as well as with the orderliness, cleanliness and sense of security in the Iranian capital.

At the conclusion of his trial in July 1998, a court in the Swiss town of Baden sentenced Graf to 15 months imprisonment and imposed a heavy fine because of his writings. (See “Swiss Court Punishes Two Revisionists,” July-August 1998 Journal.)

Graf does not intend to return to Switzerland until normal rights of free speech and free intellectual inquiry are restored. However, he has not yet decided where he will settle and make a new home.

Jürgen Graf, born in 1951, is an educator, researcher and author of several books, including “Holocaust on the Test Stand,” which has appeared in more than half a dozen languages. In March 1993, following publication of the 112-page German edition, he was summarily dismissed from his post as a secondary school teacher of Latin and French. (See “Swiss Teacher Suspended for Holocaust Book,” Sept.-Oct. 1993 Journal.) In December 1994 the French-language edition, L’Holocauste au scanner, was banned in France by order of the country’s Interior Ministry. Some 200,000 copies of an expanded edition of this work have been published and distributed in Russia under the title “The Myth of the Holocaust.” (See “A Major Revisionist Breakthrough in Russia,” July-August 1997 Journal.)

In recent years Graf has examined the sites of numerous wartime German camps, and has carried out historical research at archives in Poland, Russia, and other countries. (See, for example, “Important Documents Found in Moscow Archives,” Nov.-Dec. 1995 Journal.) During the coming months he intends to bring out, in collaboration with Carlo Mattogno and Richard Krege, a book about Treblinka, the wartime German camp in Poland where, it is widely alleged, more than 750,000 Jews were killed between July 1942 and April 1943.

Since 1997 Graf has been a member of this Journal’s Editorial Advisory Committee. His addresses at the Twelfth and 13th IHR Conferences appeared in the Nov.-Dec. 1995 and July-August 2000 Journal issues.

In several countries, including Germany, France, Israel, Austria and Switzerland, it is a crime publicly to dispute standard “Holocaust” claims that six million Jews were systematically killed during World War II, most of them in gas chambers. Numerous writers and publishers have been fined or imprisoned for “Holocaust denial.” These one-sided “thought crime” laws are the result of a well-organized campaign by the World Jewish Congress and other powerful Jewish organizations. 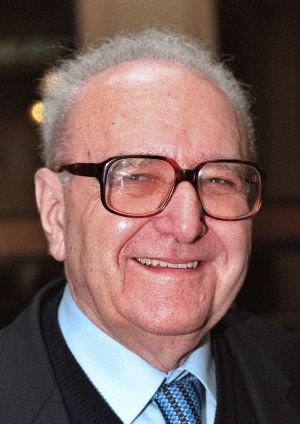 Awareness of the importance of the Holocaust story as a key propaganda tool of Israeli-Zionist interests is growing throughout the world, especially in Muslim countries. This was manifest, for example, during the 1998 trial in Paris of the prominent French scholar Roger Garaudy, who was fined $40,000 for his book The Founding Myths of Modern Israel, which presents compelling evidence refuting the orthodox Holocaust story and other historical legends. (An attractive American edition is published by the IHR.)

Religious and political leaders, scholars and journalists in Egypt, Lebanon, Iran and other countries expressed support for Garaudy and Holocaust revisionism. (See T. O’Keefe, “Origin and Enduring Impact of the ‘Garaudy Affair’,” July-August 1999 Journal, pp. 31-35.) A professor at Cairo University, Dr. Amina Rashid, for example, declared: “Zionist propaganda, well entrenched in France, is exploiting the guilt complex among the French for the persecution of the Jews by the Nazis ... The Zionist lobby keeps concentrating on the ‘Six Million victims’ in spite of the corrections to this figure.” In Iran, 600 journalists and 160 members of parliament signed petitions backing Garaudy, and during a visit to the country, he was received by the nation’s chief of state, Ayatollah Khamenei, who congratulated the French scholar.

Iran’s official radio voice to the world, IRIB, has in recent years expressed support for Holocaust revisionism by broadcasting sympathetic interviews with leading revisionist scholars and activists. Several interviews with IHR Director Mark Weber have been aired on the English-language service, and similar interviews have been broadcast with Ernst Zundel in German and with Ahmed Rami in Arabic. IRIB short-wave radio reaches millions in the Middle East, Europe and Asia.

An editorial, “Myth of the Holocaust,” in the English-language Iranian paper Kayhan International, Dec. 6, 1999, commented sympathetically on Holocaust revisionism, and criticized German government persecution of Dr. Fredrick Töben and others who dispute Holocaust claims. The paper called Töben an “Australian historian of German origin who is known for his authoritative research on the myth of the Holocaust ... He was jailed and he was fined for having exposed the fabrications of the gas chambers where, Zionist propaganda says, six million Jews perished ...” The paper referred to the “preposterous figure of six million,” and praised revisionist scholars for their “courageous research and highlighting of facts of the Second World War.”

On May 1, 2000, the Iranian embassy in Vienna granted refuge to an Austrian engineer, Wolfgang Fröhlich, who had been hounded for expressing dissident views on history. At Graf’s 1998 trial, Fröhlich had testified that, for technical reasons, mass gassings with Zyklon could not have been carried out in the German wartime camps as alleged. In his request for asylum, he reported that he had been offered $5 million to repudiate his expert testimony in the Graf trial, and instead state that mass killings with Zyklon could somehow have happened as claimed.

Since the Iranian revolution of 1978-79, which overthrew the repressive and pro-Zionist regime of Shah Pahlavi, the Islamic republic has steadfastly opposed Zionist oppression and aggression. United States policy toward Iran has accordingly been hostile, and includes a ban on trade and investment. This belligerent policy, which reflects America’s subservience to Zionist interests, is hypocritical. By any objective standard, Iran is today a much more “democratic” state than many with which the US has cordial relations, including Israel, China, Kuwait and Saudi Arabia. US efforts to isolate the nation of some 65 million people have been a failure. Reflecting its good relations with the rest of the world (apart from the US and Israel), Iran’s popular President, Mohammed Khatami, has in recent years made successful state visits to Italy, France, Germany and Britain.

The warm welcome being given to Jürgen Graf in Iran is not only a dramatic expression of support for intellectual freedom and human rights, it further refutes the often-made claim that Holocaust revisionism has no significant public or scholarly support.