Having already served more than three years in prison and had her license to practice law suspended, German ex-lawyer Sylvia Stolz consented to participate in a colloquium in Switzerland with the title “Against Censorship” in 2013, her first year out of prison. In that colloquium, which was conducted in German, she described her experiences as a lawyer defending a “Holocaust denier” (Ernst Zündel) in a proceeding to convict him of “Holocaust denial”. That proceeding succeeded in its intended purpose, but the black hole it constituted sucked in an additional orbiting body—that of Sylvia Stolz, who allowed her abundantly justified fury at the Inquisition to which Zündel was subjected to move her to assertions of truth that violated the same German laws that Zündel was on trial for.

What’s a good Richter (judge) to do, with such a fury of forthrightness befouling his bench? Judge Meinerzhagen did the only thing an enforcer in his position (Eichmann comes to mind) could possibly do: he brought his gavel down squarely upon the head, the mind, and the God-given rights of Rechtsanwältin Stolz, thereby banishing her not only beyond the precincts of his court, but altogether beyond the precincts of civil society, for three years, from which his victim emerged bereft of her hard-won professional license, if not of social presentability altogether. Medieval justice is indeed alive and well not only in Germany, but in many other notionally civilized countries of Europe. 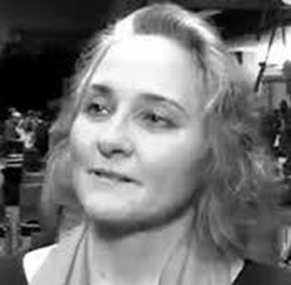 Nothing daunted, our own Joan of Arc returned to liberty with her head unbowed and with a vengeance against such injustice as she and others had been subjected to that moved her to participate in the conference in Switzerland (the likelihood that she was invited is to be assumed). At this conference, she spoke movingly, truthfully, and evidently with great effect to opponents of censorship all over the world, though her own speech was given in German. It was, perhaps, because of the (German) language she used and/or the fact that her peroration was available in Germany as well as everywhere else via the Internet that she fell victim to fresh persecution on the score of her palpable suggestions that the speech laws of Germany enforce historical narratives that may not be factual.

In Sylvia Stolz’s experience is to be seen, starkly illuminated in the blinding light of logic, the basis for the American (or Anglo-Saxon?) predilection toward freedom of speech. The oppression of belief and its expression is a process that defends itself against any and all efforts to struggle free of it. To complain of the enforcement of any specific standard of “truth” is to attack that very “truth” itself, and to do that is to run afoul of that enforcement itself. The atrocity is to define any attack upon it as an atrocity. There is no protection from such tyranny, as the American founding fathers evidently deduced, other than “doctrinaire” freedom of speech, or “freedom of speech fundamentalism,” as its numerous detractors are fond of calling it.

Someone who favors censorship alerted German authorities to Stolz’s fresh transgressions in Switzerland (where “Holocaust denial” is a crime also), and the machinery of German medieval justice ground Sylvia Stolz up quite as imperturbably as Torquemada’s wheel turned so as to impose further tension on the writhing, pain-wracked bodies of his victims.

Sylvia Stolz, the champion of a justice based upon, if not truth, then at least freedom, is off to jail again, this time for 20 months.

Her incarceration is a stain upon the moral validity of the entire government of Germany, and upon those other governments that might have meted out to her the same or similar penalties for her transgressions. One hopes that among these, the government of the United States is not (yet) to be numbered, although many cases, such as that of Germar Rudolf, justify pause in embracing that hope.

Once again, the indomitable Sylvia Stolz will be insulted by the imposition of concrete and barbed wire upon the freedom she has personified for all devotees of truth and justice the world over. The insult is, of course, an outrage, but Stolz herself will not lower herself to addressing such a profoundly unworthy subject.

Instead, her example, her values, her moral integrity, will transcend the highest walls of the strongest prison ever erected by the oppressors of thought in all history.

I bear guilt for not being in prison with her, or in another prison for the same “crimes” as she has committed. So do you, whether you feel it or not.

I bear my guilt under a profound sense of gratitude to her for sustaining its consequences as I have not had the moral fortitude to do. And with it, I shall forever bear a feeling of solidarity for her cause, whether or not I ever entail the honor of suffering for it as she has.