Tell the Truth – and Get Busted

In early 2015, Castle Hill Publishers – CHP, which is now a part of CODOH – was contacted by Gerard Menuhin, asking whether we would be willing to publish his new book Tell the Truth – and Shame the Devil. For a number of reasons of no importance now, the book was eventually taken on by The Barnes Review instead, who published it in November 2015. (Inconvenient History will probably feature a review at some point.) CHP was only asked to distribute and sell the book in the UK and, by extension, in Europe. So we did, mainly offering it for sale through our Amazon Seller account. Initially the book sold rather slowly, but when a European nationalist website promoted the book starting in mid-December 2015, sales went through the roof. As of Christmas 2015, after the book had been on the market for just six weeks, some 1,000 copies had been sold all told, and demand wasn’t slacking. 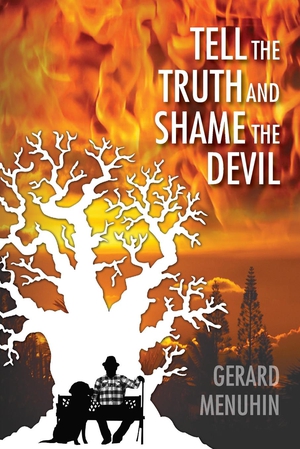 That’s when Amazon suspended both our Seller account as well as that of The Barnes Review. So far, any attempt at getting the accounts reactivated has been futile. We only receive automated emails as replies to our inquires. No real person at Amazon seems to be willing to talk to us.

Half of Castle Hill Publishers’s product range used to be sold via that Seller account. So just a day before Christmas that one leg was cut out from underneath us, and after two weeks of running from pillar to post in a vain attempt at complying with what they claim we had to do to get our account reactivated (reducing the time span between receiving and shipping an order), we’re pretty sure it won’t be given back.

Keep in mind: The revenue CHP generates is CODOH’s only reliable, non-donation-based source of income. So we are facing a serious challenge.

The new head of The Barnes Review, Willis Carto’s successor Paul Angel, said that in our business we have to be careful not to become too successful, because if we are, they go after us like the devil goes after the lost soul, and then we’re back to Square One. And that’s probably what has happened here.

Hence we decided to take all the 35 titles we used to sell through that channel – older books published many years ago – and reinsert them into the other sales channels still open to us, and into new channels we were already in the process of establishing.

That sounds like a nifty idea, doesn’t it? But that meant first of all that we had to expedite finalizing these new sales channels to the highest priority. After spending several weekends on the computer with our volunteer programmer, they are now in place. I won’t go into any details here, because I do not want to give our enemies instructions on how to destroy yet another of our lifelines.

Next, this ambitious project requires that we make all these 35 older titles fit for a new or at least a reprint edition, because most of our other sales channels require the submission of print-ready material meeting certain criteria. The files we have of these 35 older titles, however, do currently not meet these criteria.

Our goal is to re-publish all of these thirty-five titles within half a year – when CHP usually doesn’t do more than ten new titles per year!

Add to this all the other things our combined CODOH and CHP core staff have to take care of: managing a website in constant need of attention, publishing Smith’s Report, and getting new books and DVDs out as well, of which there are some ten in the pipeline.

So how are we going to do it? We will, somehow. But it means that our meagre time resources will be shared among all these projects, so everything will have to slow down. Smith’s Report has already become the first casualty by this issue #219 getting out in February instead of January. CODOHWeb has also suffered, because during the past four frantic weeks of trying to keep our operations afloat, nothing was posted in the library.

Just before this latest onslaught on free speech occurred, we had implemented a wysiwyg editor on our website, financed by one of our generous supporters. Now our user interface has the touch and feel of a WordPress site, so every contributor can just copy and paste articles from, say, Mircosoft Word, and use the usual shortcuts and formatting buttons to tweak the results. We hope therefore that we can cajole some of our contributors to post papers themselves instead of relying for this on our overworked core team of programmers and editors. This way CODOHWeb can become livelier again, even if our core staff is off patching up things, which we expect to happen regularly. That’s just what revisionism has to live with, because we are in an information war, and we’re one of the main targets of the enemy’s artillery. □