From the book Einer aus dem Dunkel (One out of the dark), which describes the work of the representative of the International Red Cross (IRC) Louis Haeflinger during the liberation of the concentration camp Mauthausen in May 1945 (how does one 'liberate' a camp, whose guards were already pulled out?), the following can be found on page 42:[1]

"The textile industrialist [note: and later president of the Austrian Industrial Association] Franz Mayer-Gunthof remembers the beginning of the time of his internment in the concentration camp Dachau:

'...but at one time I lifted myself up to the window, and then I saw corpses and more corpses, and I realized with horror that we were directly above the gas chambers, and I saw how people were gassed and their corpses were cremated. The snowflakes, they were ashes from the crematorium...'"

What is the truth?

Truth is, the future president of the Austrian Industrial Association is a storyteller of fairy tales, because:

One of these two is a Holocaust-Liar - or maybe both? 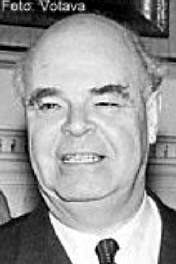 Dr. Dr.h.c. Mayer-Gunthof, attorney, born August 18, 1894 in Mährisch-Trübau. In 1920, he took over the weaving mill Vöslauer Worsted Yarn Factory, which was founded by his great-grandfather. He was involved in the Association of Austrian Industrialists ("Vereinigung österreichischer Industrieller"). He died February 2, 1977 in Vienna. 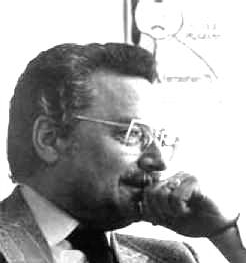 Alphons Matt, born 1920, died Dec. 4, 2000. Since 1945 correspondent in Austria for various Swiss newspapers and for Radio Studio Zürich of the station Beromünster. In 1963 he joined the main editorial office of the newspaper "Die Weltwoche." Later he became the political editor of the Swiss TV station DRS. Through his activity, Alphons Matt met many politicians and statesmen, national and international.

"I helped erect the gas chamber as a prisoner of war."

This man also informed the author about the massacre by the US-Army of the arrested and un-armed guard personnel\.

It can therefore be stated with certainty that all the statements of the 'eye witness' are from A to Z, at least to a large extent, objectively incorrect.

Therefore, if Herr Mayer-Gunthof is correctly quoted, he can report this only from hearsay. The local and technical circumstances permit quite a clear assessment: The statements of the 'eye witness' about the horror are false.

One asks frequently during the narratives of the 'eye witnesses', why otherwise honorable and trustworthy people relate so obviously the untruth. The author knew Herrn Mayer-Gunthof personally, but could not have asked about the above quoted fable because the author learned about this only after the death of the 'eye witness'.

Paul Rassinier already asked What is the Truth.[3] And he was, after all, interned for years as a French resistance fighter in the German concentration camp Buchenwald. When he tried to testify during the big Auschwitz-trial to inform the courts about the truth, his entry into the country was refused. But why? Because he knew the truth, which was probably 'pedagogically undesirable' or 'social-ethically confusing'!