The Delusion of the Twentieth Century

In the mid-1990s Holocaust revisionism began to reach new audiences through the Internet. Until that time most revisionism was largely confined to various small-run newsletters and journals and books published and distributed by a handful of organizations and individuals. The Internet opened new doors and the ability to reach a much larger audience. Starting in various newsgroups and alt.revisionism in particular, revisionists got to voice their opinions on the Holocaust story. Far from achieving the hoped for open debate, revisionists found themselves victims of character assassination and ad hominem attacks.

Soon revisionists turned to the World Wide Web and established Websites to permanently present their views about what Robert Faurisson termed “the Problem of the Gas Chambers.” With revisionists now reaching a much broader audience, those who feared intellectual freedom stepped up their offensive against freedom of speech and the press.  On July 4, 1996, the CODOH Website was shut down without warning by their ISP.  Even worse, arsonists attacked the offices of the Historical Review Press in the United Kingdom.  Governments too were influenced by powerful lobbies to establish legislation and prosecute (some would say persecute) revisionists.  Carlos Porter was fined  by a German court for writing and publishing a revisionist analysis of the Nuremberg Tribunals, Not Guilty at Nuremberg.   A movement had also begun to criminalize revisionism in the English-speaking world.  Tony Blair, running for the Prime Minister position in the United Kingdom in 1997, repeatedly promised to ban revisionist writings about the Holocaust.

These events led a hitherto unknown scholar to challenge the official taboo and mount a defense for Holocaust revisionism.  In early 1997, Samuel Crowell began his effort to demonstrate the legitimacy of revisionist doubt about the gas chambers.  His efforts produced The Gas Chamber of Sherlock Holmes a book-length treatment of the origin and development of the gas chamber stories.  Until this publication by Nine Banded Books, Sherlock was only available in on-line versions and small Xeroxed copies printed from the on-line files.

To Crowell’s credit, he set out to accomplish something that had not been done before in revisionist writing on the Holocaust.  Ruling out grand conspiracy explanations for the gas chamber story, Crowell sought to identify cultural forces that converged to produce the story.  To do this he took a literary approach, treating the various testimonies and information as pieces of literature and arranged them all chronologically.   Crowell’s approach took dead aim at the gas chamber stories as he recognized that these were at the heart of the revisionist challenge.  Other than Crowell, few revisionists have taken on the entirety of the gas chamber mythology.  One exception is Arthur Butz who was clearly influential on Crowell’s thinking.  Most revisionists have rather dissected or debunked specific camps, specific witnesses, or specific events.

While Crowell worked on Sherlock he discovered with the help of Fritz Berg a significant amount of material regarding German Civil Air Defense.  Crowell's understanding that several of the so-called criminal traces of the gas chambers could be explained through this rarely seen civil defense literature soon took center stage in his research efforts. 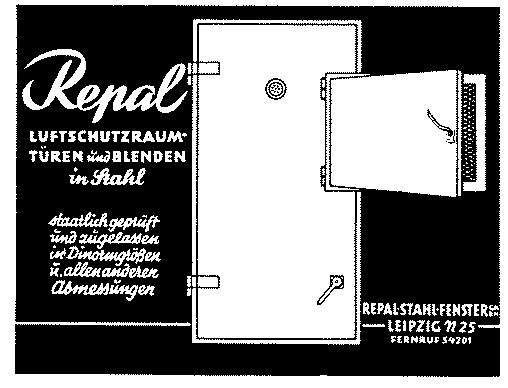 It was this work on Air Raid Shelters and anti-Gas shelters that caught the most attention in revisionist circles.  While this work excited some, it infuriated others.  What is clear however in a close reading of Sherlock is that this work comprised a small part of Crowell’s thinking and amounts to two chapters of the entire work.  It was these chapters however that were published as stand-alone articles.  Crowell’s research and demonstration for example that the replica of a “gas chamber door” on display at the United States Holocaust Memorial Museum is nothing more than a standard gas-protection door for an air-raid shelter goes without mention by the designated keepers of the Holocaust faith.

The Nine Banded Books edition is a beautiful softcover edition.  The cover cleverly depicts a Meerschaum pipe recalling images of the Baker Street detective.  But for the initiated, it also brings to mind Rene Magritte’s painting, “Ceci n'est pas une pipe" ("This is not a pipe") Just as Magritte’s point was that his “pipe” was merely an image of a pipe, so we are confronted with traces and stories that are not gas chambers, but rather images of gas chambers.

Sherlock is broken into four sections.  The first contains the entirety of the text of the original Sherlock.   For those unfamiliar with it, Sherlock considers all of the primary texts regarding the gas chambers and demonstrates how, as Princeton Professor Arno Mayer put it, “sources for the study of the gas chambers are at once rare and unreliable.”  Crowell also takes an important look at the gassing literature that preceded the Second World War.  It is here among his considerations of H.G. Wells, Sax Rohmer, E.R. Burroughs and others that he recounts a tale of Sir Arthur Conan Doyle’s most famous literary creation, Sherlock Holmes.   While Crowell draws an analogy from Doyle’s short story “The Adventure of the Retired Colourman” to a Holocaust account by Alexander Wirth, this is not the primary point of the Sherlock association.

Crowell’s title is quite apt.  For Crowell, like the legendary detective, searches for credible evidence of the gas chamber story.  What the detective finds, however, is a string of clues that point to a huge mass delusion, as evidence suggests that the “scant evidence” is of something other than a mass extermination campaign.  The title also suggests the origin of the gas chamber story lying not in the schemes of the Nazi leadership but rather in the popular culture and fears of a generation.

Crowell concludes that the evidence put forward overwhelmingly refers to either disinfection or civil air defense.  The gassing story is a mass delusion that was reinforced by various pressures of social and cultural change as well as by censorship.

This volume also contains the entire article “Bomb Shelters in Birkenau,” a very detailed, not for the novice consideration of the evidence for Bomb Shelters at the infamous Birkenau camp and how this evidence has been misconstrued to be evidence of a criminal extermination program for the Jews of Europe.

Crowell has added two new articles, “Revisiting the Bomb Shelter Thesis” and “The Holocaust in Retrospect” which bring his scholarship and research up to date.  The latter article alone is probably worth the price of admission.

While Sherlock is not perfect, it is invaluable.  It is clearly the work of a passionate scholar— a scholar who writes without an axe to grind.  He has called himself a “moderate” revisionist, but I would like to consider him a “neo-revisionist.”  A revisionist who has gone back to a sound historical method like that used by the scholars who established the movement in the years following World War One.  I can only hope that his work also inspires a new generation that will one day write a new history of the destruction of the Jews during World War Two.  New scholars may someday be able to write such an objective history of what did and did not happen during this dark period of history, but only if the censors and legislators understand that it is reasonable to doubt the orthodox Holocaust story.  It is for the freedom to write and research especially in an environment of draconian political “correctness” and hypersensitivity that Sherlock was written.

Whether Crowell achieved his purpose will only be known in the future.  If laws are repealed, if revisionists are free to speak and to write as they choose, if prisoners are set free, then whatever small part Crowell has played is beyond measure.  But even if these things never come to be, I am quite sure that anyone who gives Sherlock a fair unbiased read will know that that they at one time fell victim to a grand delusion, the delusion of the twentieth century.