The Lies of Government

There is a lot of noise about the dangers of "False News" and "Hate" on the internet, with the suggestion that Revisionism is somehow a culprit. This noise is coming from the same people who are right now sending jets and cruise missiles to kill people in Syria. It is worth noting the tactics of people like British Prime Minister Theresa May regarding honesty and killing people.

A few days ago, some sort of poison gas was released in the Syrian city of Duma. Perhaps 40 people died. The gas seems remarkably ineffective as a weapon. This is in a bloody civil war that has killed hundreds of thousands of people with bullets, bombs, and artillery. Thankfully, the war seems to be winding down with the defeat of the various groups fighting the Syrian government. These groups have been heavily funded, supplied with weapons and protected by outside governments like Britain and the United States. 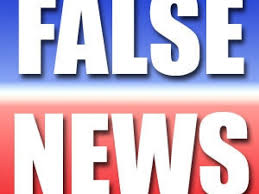 The release of primitive chlorine gas has been the excuse for a major attack on the Syrian government. In an article in the Times, General Sir Richard Barrons described British intentions:

In terms of targets, the stocks of chemical weapons, the facilities that produce them and the aircraft that deliver them will have been top of the list. But to deter and prevent as well as punish, strikes may also take place against the leaders who chose to employ these weapons, command and control facilities, logistics, airfields and defenses around chemical weapons. The technical challenges of identifying targets and the absence of surprise suggest that strikes may have to continue for some time for decisive results. If not, the response will only be “event management”, not a campaign to eradicate the threat to the remaining civilians resisting Assad’s regime.

Western attacks may not continue as far as people like Theresa May and General Sir Richard Barrons have an agenda of destroying the Syrian government. They have fueled a horrible civil war for 5 years. Now they are seeking a reason to directly attack the legal government as their puppets in Syria falter. Any excuse will do.

The only defense against people like General Sir Richard Barrons is free speech. When governments lie, people die.