James Morcan & Lance Morcan are brothers sharing similar interests. Both are filmmakers, novelists and screenwriters on historical fiction, mystery, fiction and non-fiction. The work that made them popular was The Ninth Orphan, a trilogy novel based on an orphan: “an orphan, a spy, a lover...a master of disguise, an assassin, a shape shifter...a freedom fighter, a human chameleon, a reformed contract killer. He's all of the above. He's none of the above….” They do have a lot of imagination for creating fictional stories and characters.  Does it sound familiar? 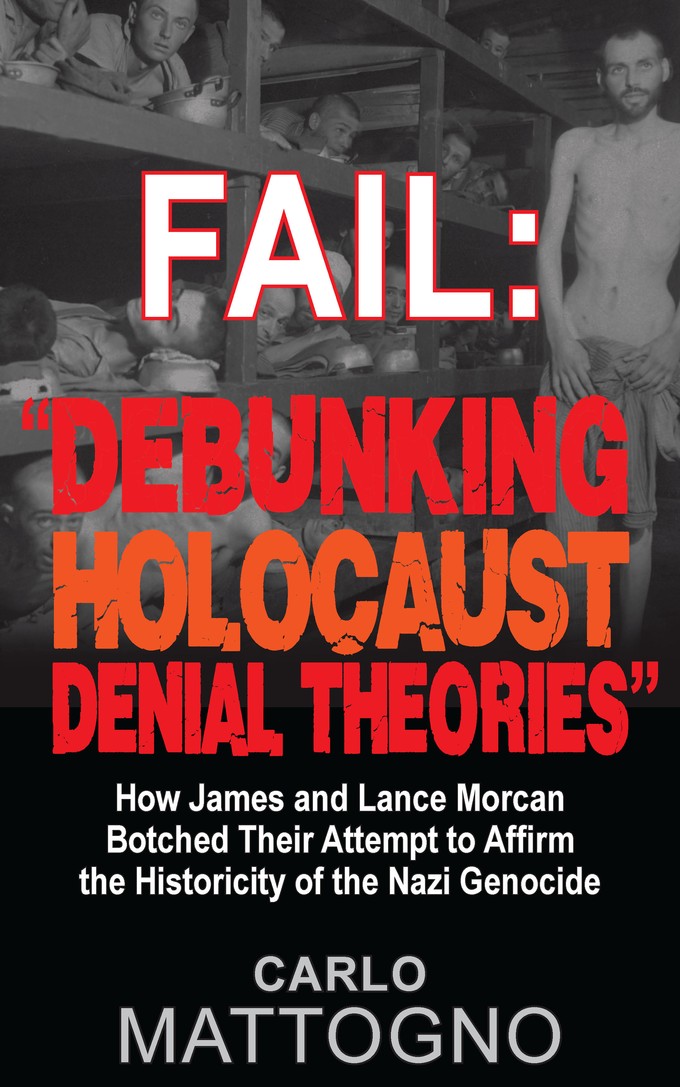 Their latest attraction on what can be called historical fiction has been the orthodox Holocaust story. In 240 pages, the Morcan bothers promise their readers to “debunk” Holocaust Denial by decree. It is claimed on the Amazon page where their book sells that in “[their book] written in close consultation with Holocaust survivors and World War Two historians, no stone is left unturned in meticulously verifying the historical facts of the genocide”. Well, that is not really true.

And that is what revisionist Carlo Mattogno has proven in his book with a similar title: “Fail: Debunking Holocaust Denial Theories” How James and Lance Morcan Botched Their Attempt to Affirm the Historicity of the Nazi Genocide.

By ignoring most of the key research done by revisionists in the last two decades or so, these passionate and skillful crafters of fiction -thrillers tell us that they just have done it. No more discussion about the Holocaust needs to happen.  No Free Inquiry is needed. All has been said in 240 pages!! Thus the Morcan brothers are the Shoah heroes who have saved the world from lies and hate speech that Holocaust revisionists inflict on our present society. Magnificent!

We cannot “deny” that their book has been successful, so much so that now they are coming back to use another medium—remember the message is the medium—they are very good at manipulating, for the total annihilation of the revisionists’ arguments: they are working on the film based on their book Debunking Holocaust Denial Theories. We’ll see how that goes. More historical fiction is not entirely off the table.