The Pope, Madonna, and Germar Rudolf

Europe has become a quagmire of political correctness. With so-many anti-hate speech laws on the books throughout the continent, it is becoming more and more difficult to simply express an opinion. These laws are now so prevalent, influencing nearly every aspect of political debate, it is more accurate to describe them as they really are, that is, anti-free speech laws. Europe, once noted for the tremendous advances made due to its great thinkers in all subjects, should be ashamed at having established draconian laws which appear to have as their spiritual ancestors, the abuses of the dark ages and the inquisition.

Europe's anti-free speech laws are all arguably a consequence of the Holocaust - if not the tragic events themselves, then the industry that has developed since the 1970's. Governments have silenced freedom of speech in the name of "safety," even though that safety may apply only to a minority of its citizens. Our sense of fairness and justice tells us that this is not right. The freedom of a majority, no matter how silent, should not be sacrificed for the safety of a minority. As bad as these laws are, our sense of fairness and understanding of "equality" under the law instills in us the expectation that the law will be applied identically in all cases. Failure to enforce such laws equally, without regard to race, religion, gender, etc. demonstrates their true purpose of the underlying hypocrisy of the governments that signed them into effect. 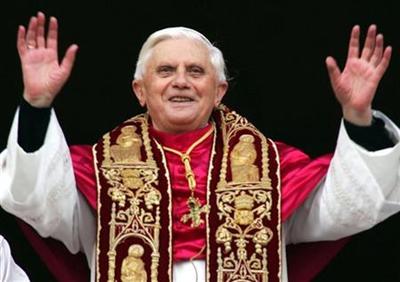 In recent months it has taken the Muslims, generally not known for freedom of speech or religion, to show the West the hypocritical application of its anti-free speech laws. Three recent cases exemplify that hypocrisy. The most recent outcry involves none other than the current pontiff, Pope Benedict XVI. Benedict made remarks about the early spread of Islam. According to Benedict, Islam was spread primarily by the sword rather than, as Muslims would like to think, through peaceful conversion. Throughout Islamic countries Pope Benedict has been denounced. He has been compared to both Adolf Hitler and Benito Mussolini. One Turkish leader called Benedict's remarks, "the result of pitiful ignorance."[1]

It is interesting to note that Benedict made his remarks while in his native Germany, a country that leads in the punishment of "hate speech." The comments, which Muslims consider ignorant "hate speech," have not, to this author's knowledge, resulted in any call for persecution or imprisonment of the Pope. Even German Chancellor Angela Merkel weighed in defending Benedict's comments. Merkel said, "It is an invitation to dialogue between religions and the pope has explicitly urged this dialogue, which I also endorse and see as urgently necessary. What Benedict XVI makes clear is a decisive and uncompromising rejection of any use of violence in the name of religion."[2] Clearly in this case the German chancellor has taken a somewhat "liberal" position and recognizes the need and value of dialogue between different nations and groups who may hold varied opinions about historical events. 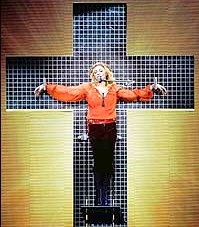 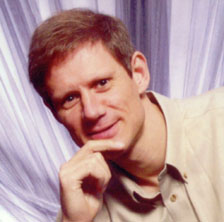 Another example of the application of Germany's Orwellian law occurred in August of this year. Many people in the Christian community were offended by pop-singer, Madonna's latest tour. Madonna, known for being outrageous, appeared wearing a crown of thorns and posed as if crucified to a large cross on her concert stage. In the US, audiences are unlikely to flinch at such a performance, but the tour was taking Madonna inside Germany. German authorities announced that they would "monitor" Madonna's performance and that she could find herself in trouble with the law.[3] Protestant Bishop, Margot Kaesmann told a German newspaper, "I advise people to ignore Madonna. Stars come and go, but the Christian faith endures."[4] Kasemann, not unlike Chancellor Merkel expressed a valid recommendation; if you don't care for what Madonna is doing, ignore the tour. In the end, with more a whimper than a bang, Johannes Mocken, a spokesman for prosecutors in Dusseldorf announced that while the performance may be "hurtful to religious people," it does not indicate a criminal offense.[5] In Germany the show would go on without interruption by the thought police.

A third and final example of offense to a religious community is the least publicized of these three cases - that of Germar Rudolf. Rudolf ran afoul of German anti-hate laws for having dared to write a scientific report on the chemical and technical aspects of the gas chambers of Auschwitz, which has been published as The Rudolf Report. On January 19, 1996 the German Attorney General demanded that Rudolf should spend 14 months behind bars.[6] Rudolf's offense was his publication of strong doubts about the official Holocaust story, a position that was offensive the Jewish community. Rudolf, unlike Madonna or even the Pope found no forgiveness from any voice of authority in Germany. He found his home raided and his books burned. Ultimately he needed to take refuge outside of Germany.[7] Early this year, American authorities cooperated with the government of Germany to deport Rudolf so that he could begin serving what is now an 18 month sentence for his writing and thoughts on the Holocaust.[8]

German Chancellor Merkel has yet to defend Rudolf against German prosecutors even though, like Pope Benedict, Rudolf has made decisive and uncompromising statements, which reject the use of violence in the name of religion. Rudolf has written, "After all the political trials and persecution, Germany really needs only one thing in the future: a large scale amnesty, a reconciliation with itself, an end to self-flagellation and self-destruction. I am therefore strictly opposed to any kind of threat, should the table be turned one day, and then the other side will be the target. What would be the difference between them and us?"[9]

It is clear that there can be no dialogue when one opinion is sanctioned and made illegal under the law. Rudolf has urged the very type of dialogue that Merkel credits to Pope Benedict, Rudolf wrote, "Reconciliation can progress only in a climate which fosters speaking from the heart and listening with an open mind and spirit; where opinions are expressed rather than choked back or even suppressed; where points of contention are discussed in a civilized manner and not hidden by hushing-up, distractionism, or violence."[10]

Regardless of Germany's history, no one group deserves more protection under the law than another. If Rudolf sits in a German prison for having offended Jews, then Madonna and Benedict should join him in his cell for having offended Christians and Muslims respectively. One has the right to denounce Rudolf's work and opinions just as Muslims have rebuked the Pope. One certainly has the right to ignore Rudolf's work as Bishop Kaesmann has recommended in the case of Madonna. One should not have the power and authority to incarcerate someone for their opinion. Germany must recognize both the need to protect freedom of expression and the need for equal treatment under the law. If this type of hypocrisy is recognized in Tehran, why isn't it recognized in Berlin as well? The time has come for Germany to release its thought-criminals and begin a full and complete reexamination of its past with the sole objective of determining exactly what did and what did not happen during this tragic time in its history. Researchers and scholars must have the ability to explore the history of the Holocaust without fear of reprisals and imprisonment. Only following a period of free and open examination of its past can a true dialogue occur in Germany. Nothing can be more urgent or necessary.