The Razor and the Ring

“Plurality is not to be assumed without necessity.”—William of Ockham

The fourteenth century Franciscan theologian, William of Ockham is credited with using a method to trim logical absurdities out of arguments that came to be named for him. This method, today known as Occam’s Razor, or “Entities are not to be multiplied without necessity,” was developed to show that the realm of theology was separate from that of science; Scientific proof for the existence of God, he concluded, was not possible. Therefore science and theology, being different, required different methods for their advancement.

This division of science from theology allowed modernism to take hold in the West. Scientific investigation could now go forward unfettered by religious dogma which men relegated to the world of metaphysics. Scientific knowledge thereby became restricted to that which could be observed and tested. Theology, on the other hand, advanced through thoughtful speculation and faith.

The basis of the razor is simplicity. A model based on the simplest explanation of the data available is usually the best. Scientists and mathematicians, therefore, strive for simplicity and elegance in their theories describing the physical reality that surrounds them. 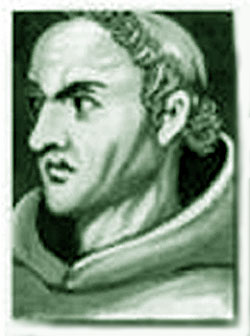 Consequently, a basic question that needs to be answered is whether history is to be described using scientific principles since the events of history occur in the physical world, or is it part of theology since historical events are used in the making of myths which support a particular world view and popular basic philosophical truths.

Recently, a few documents have been “discovered” in archives – some of which have been only recently declassified – which purportedly shed light on certain details of the Jewish Holocaust that were not known before. These recent revelations are an illustration of the taffy pull of history that is happening now between the scientific Occam’s Razor and theology’s Holocaust decoder ring.

The Holocaust is more than an historical event for Zionists. It is the embodiment of their view of the world. The Holocaust verifies that Jews can never trust Gentiles, but must control their own destiny. Otherwise, only death - at the hand of the Gentiles - await them. The Holocaust is proof of that and reinforces the need for a Jewish state to safeguard their survival. The theological dogma to this must only be supported--not undercut--by historical events. Therefore, events and documents dealing with the fate of the Jews at the hand of the Nazis must be interpreted only in a way that supports this Holocaust theology and Zionist view of reality.

The first of the documents I addressed in my “Chilean Document” essay. This document is dated 24 November 1941 and was in the hands of the American OSS by March 1942. It is quoted in the press to read in part “[I]t has been decided to eradicate all the Jews and send some to Poland and others to the town of Terezin, whilst looking for a more remote place.” The press articles concluded from this that the OSS and therefore the American government knew the Germans planned to kill all of the Jews by March of 1942 and the Germans had planned it by the previous November. Yet that is not what the document says. It says the Jews were to be sent to Poland until a more remote location became available.

Then, in January of 1942, the famous Wannsee Conference was held to finalize the details of "the extermination of the Jews" or so it has been said. Yet, this is not what the minutes of the meeting actually say. They read, in part, in translation to English as follows:

“Under proper direction the Jews should now in the course of the Final Solution be brought to the East in a suitable way for the use as labor... The evacuated Jews are to be bought first group by group into the so-called transit ghettos, in order to be transported from there farther to the East.”

This is consistent with the Chilean Document: Jews were to be deported to the East.

The next document was very recently discovered and published. Its publication was treated by the Jewish Telegraph Agency (JTA) in an article posted on their Web site on Wednesday, January 16, 2002. (See http://www.fpp.co.uk/History/General/Korherr/JTA150102.html) This document is the translation of an intercepted German encoded message that summarized the activity at the so-called transit ghettoes, described in the Wannsee Protocol, for the year 1942 and was dated 11 January 1943.

The JTA correspondent, Toby Axelrod states this intercept “indicates” the number of Jews killed at these “extermination camps” during 1942. Now the decoder ring is at work. The document doesn’t say the Jews were killed, it only indicates the number at each camp: 24,733 at Majdanek, 434,508 at Belzec, 101,370 at Sobibor and 713,555 at Treblinka. The document also provides a total of 24,733 for Lublin (Lemberg), but since Lublin is not considered by the keepers of the Holocaust to be an extermination camp, that is omitted from the article.

If this document doesn’t in fact describe mass exterminations, what does it reveal about the fate of the Jews at these camps? The encoded wireless telegraph message marked “State secret!” describes these numbers as “recorded arrivals.” The same terminology is used for Lublin in the document as is used for the imagined “extermination camps,” but the wielders of the decoder ring can tell the difference: When the Nazis used the term “arrival” for three of the four camps that “indicated” the Jews who arrived were killed, but – for one out of the four – it did not.

The total recorded arrivals for the four camps for the year 1942 was 1,274,166. It was this number that stimulated the interest of researchers Stephan Tyas and Peter Witte, the discoverers of the intercept, because it matches a number which appears in an April 1943 secret statistical report by Nazi statistician, Richard Korherr on The Final Solution of the European Jewish Problem. (See: http://www.fpp.co.uk/History/General/Korherr/index.html)

This report was assembled by Korherr on the order of Reichsführer-SS, Heinrich Himmler. The report was to estimate the change in the number of Jews in Nazi-controlled territory from 1933 to the end of 1942. Korherr subdivided his statistics into several categories: Deaths over births, Emigration, Evacuation, and Other. There was no listing for “killed in death camps” or anything like that. The number that appeared in the intercept and also in Korherr’s report is listed under the heading “Transport of Jews from the Eastern Provinces to the Russian East: Processed through the camps in the Government-General” which falls under the “evacuation” category.

Though it is clear from the context of the report that Korherr didn’t consider these people to be dead, today’s guardians of “Truth and Memory” believe a euphemism is being used here for “killed.” Despite the fact that Korherr’s Report is a secret document created for Himmler who would certainly know what the report was about since he commissioned it, we are told that it contains code words to hide the fact the Jews were being murdered en mass, although the report clearly states the evacuated Jews were to be considered a reduction in the population of Europe’s Jews for purposes of the report only.

Similarly, “arrival” is supposed to “indicate” that people were “killed.” Also “transported East,” “evacuated,” “resettled” and “send to Poland” are all phrases which mean “killed” according to the Holocaust cryptographers. Conveniently, when this principle is applied, just about anything can mean “murdered” and does when it comes to Nazi documents dealing with the Jews. All you need is the Holocaust document decoder ring. With it the wielder can find new meaning in already decrypted and translated documents and –even better—that can be any meaning desired. Neat.

The decoder ring is the theological opposite of the scientific razor. It allows one to add a layer of complexity so that evidence can be manipulated to fit the model. No longer does a document have to mean what it says. This makes the decoder ring much more useful than the razor for dogmatists because Occam’s Razor demands inflexible simplicity while the ring presents infinite possibilities and complexity.

The conclusion to this conundrum is rather simple. Since there are two choices of how to interpret Holocaust documents, what to pick depends on one’s philosophical outlook.

Conversely, if the truth is to be determined, apply the razor. The documents mean what they say: The Jews were assembled and transported East by the Nazis where the Jews were put into ghettoes deep inside occupied Soviet territory.

It is a matter of taste as to which to use. The Revisionist historians use the razor while the defenders of “Truth and Memory” use their Holocaust decoder rings which always “converge” the evidence anywhere their world view focuses it.

Richard Korherr and his Reports, by Stephen Challen.

Eureka! What Archimedes Really Meant and 80 Other Key Ideas Explained, by Michael Macrone

Denying the Holocaust: The Growing Assault on Truth and Memory, by Deborah Lipstadt.