The Right to Refute!

Another article on the Internet urging a free exchange of ideas on “Genocide Denial” from a Turkish perspective. I claim no understanding of the facts of the matter, but I do understand the revulsion against how the word “denial” is used to discourage the examination of history by academics and those who employ them.

To accuse [one] of denial is to assert that someone is refusing to acknowledge the truth. The accusation of denial assumes the accuser is the possessor of fact-based knowledge and the accused is devoid of empirical capacity.

The privilege to accuse others of genocide denial is usurped by presidents and directors of institutes and centers in the genocide industry who have created a web of factories worldwide that have big commanding names and dispense genocide labels. Serial genocide labelers, such as Gregory H. Stanton and Israel Charny, employ the accusation of denial to justify their main product: the genocide accusation against the Turks. Not only does it keep their factories in business, it also covers up the simple fact that neither of them have the linguistic skill to read Ottoman texts or the methodological integrity to put the Armenian tragedy of World War I in context.

As the genocide industry is trying to piggyback on the overwhelming historical singularity of the Holocaust, so do its accusations of denial counterfeit the currency of the strong position against Holocaust denial. However, significantly, actual Holocaust denial pertains only to claims against the actuality of known facts, and the scholarly discourse among experts in the field of Holocaust studies is open to legitimate debates over historical interpretations of events.

Far from denial, the right to refute is in the DNA of the academic being and it means the freedom to prove through evidence that a charge is false or that an opinion is erroneous.

There is a plethora of possible reasons why the genocide industry makes lists of denialists: to cement genocide studies as a legitimate academic field, to undermine American strategic ties with Turkey, to boost up international interventions and restrain the effect of libertarianism on American foreign policy, to cater to the wishes of Armenian lobby groups in the U.S., to perpetuate bigotry and racism through old notions of Islamophobia and Turcophobia; or, to sustain the common Western historiography that obsessively vilifies Turks, but downplays the massacres perpetrated by Britain in India during the so-called Indian Mutiny in 1857.

Whatever the reasons for the accusations of denial, they certainly correspond with Turkey’s political and economic emergence as a regional power in a transcontinental location with several spheres of influence. Turkey’s advancement into the category of a newly industrialized country means it has become subject to increasing disparaging narratives sponsored by powerful geopolitical foes, but also that the growth of investment in education has led to renegotiations of personal freedoms in the country and a resolve to rescue the nation’s history from the hands of flagrant Orientalists.

If viewed fairly, it may be observed that Turkey is going through a fascinating process: a nation of a storied history is now weighing in on its place in European historiography. It has suffered for too long from the dominant historical narration by past agents of foreign agendas in its land, and it has reclaimed the right to tell its own history. To say that the Turks are incapable of doing so is to denigrate an entire people. 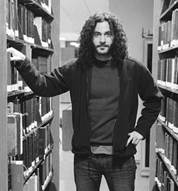 Instead of a hand extended to welcome Turkey’s uniqueness to the European family of nations, there is a vicious focus on old narratives that have exploited Turkey’s otherness. The restricting and outlawing of the Turks’ right to study their own history, read their own texts, and find their own voices, is akin to cultural genocide.

How are the Turks being stigmatized and denied their own history? Argumentum ad consequentiam. This means that, in order to thrive, the genocide industry is committed to promoting Turkish blame, and discarding those which do not. Also, it means changing the rules of play by defying the actual U.N. definition of genocide, and cherry-picking isolated events to detach the Armenian tragedy from historical reasoning. It even means enabling false experts, as in the case of Taner Akçam, a scholar who authenticated documents that were later proven to be fake. Sadly, such tactics have had an impact on many, including well-meaning Turks who, as part of their quest for European acceptance, have succumbed to the pressing ad hominem depictions of their own past.

Only evidence may illustrate the tremendous difference between denial and refutation, and expose the ills committed by genocide labelers against the Turkish people.

One realm of evidential questions is about broadening the context: How did centuries of peaceful Ottoman Armenian existence suddenly turn fractious? What impact did the Russian conquest of the Caucasus in the 19th century have on the Armenian rebellion against Ottoman authorities?

How did James Bryce – the man who, decades before the Young Turks came into power, had argued publicly that Britain should use the Armenians to collapse Asiatic Turkey – become involved in Armenian nationalist efforts? How did his World War I propaganda reports on the treatment of Armenians – published to manipulate American public opinion – become a foundational source on which certain scholars base a comprehensive narrative?

Another realm of evidence relates to the actual events in World War I: What were the military constraints under which the Ottoman authorities were operating? Was the Ottoman policy intended to destroy any particular people or to clear important war zones of anti-government minorities? How did the Anatolian Armenian leadership conduct itself throughout the war? Did their sense of opportunism outweigh probity?

Yet another important realm of evidence involves the genocide narrative itself: How have politics affected the push to accuse Turks of genocide over the years? Is there a connection between the endorsement of genocide accusations and Turkey’s pivotal NATO membership, its central role in Middle Eastern and Eurasian affairs, and its momentous bid for EU membership?

To refute is to liberate truth, and here it specifically means that a nation is finally standing up to the biased historiography that has vilified it for many years. Scholars should be free from fear that they would be snubbed for their research findings, and the Turks should not be denied the right to participate in discussions on their own history.

Tal Buenos is originally from Israel and is a doctoral student of political science at the University of Utah, focusing on genocide studies.