Are they closing in on us for the kill? The deluge of anti-revisionist cavil and calumny raining down on anyone thought to harbor an ill thought regarding Israel, Jewry or above all, the Holocaust Religion has reached a deafening pitch. The latest victims of the Juggernaut of Conscience of this century as well as the last have been David Irving and Gilad Atzmon.

Irving, a favorite whipping boy of the Holocaust-enforcement squad at least since 1996 and recipient of enough slings and arrows to place him in the first rank of revisionist martyrs, reports these new affronts from his US redoubt in Key West, Florida:

On March 29 the enemy made a different move. Simultaneously, on the same day, and giving no reason PayPal cancelled my bookstore account, and the U.S. bank here in Key West which has handled our credit card transactions for twelve years shut down the equally healthy bookstore account.

So, the beleaguered David Irving, who insists all the while that he isn’t and never was any sort of specialist in the Holocaust in the first place, takes two more hits from the same people who oppose our work. 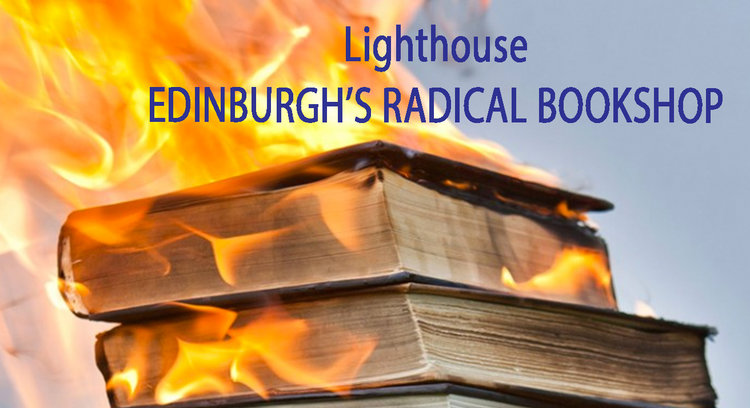 Another stalwart even more-explicitly opposed to Zionists and, yes, the Jewish tribe of which he was himself once a member born and bred is Gilad Atzmon who, somewhat similarly to David Irving, has over the years finally been hounded into declaring for revisionism, a step I never noted being taken by Irving, not that it is at all necessary at this point. Atzmon, like Irving the author of several books including The Wandering Who, is more of a critic/apostate than historian, but his declaration in response to accusations that he is a “Holocaust denier” is so ringing, I quote it here with pleasure and admiration:

I oppose the Holocaust being reduced to a religion. If the Holocaust is our new Western religion then I for one insist upon being an atheist!

For my purposes, this qualifies Atzmon as a philosopher, if the rest of his work doesn’t (but it does, too).

Atzmon’s latest book is titled Being in Time, and he had been scheduled to grace the premises of the Lighthouse Bookshop in Edinburgh, Scotland to launch the book in that country. Evidently at the behest of the usual characters (named in Atzmon’s report of the matter), the owner/manager of this self-styled haven of radical thought and writing thereof cancelled, reinstated, and finally two days before the event again cancelled Atzmon’s appearance at their hallowed venue. Atzmon’s report provides a link to the communication he received from the sometime radical, and it’s interesting, too.

But Atzmon’s persecution continued down in England as well, at a venue in Newcastle called The Cluny whose management, rather than rendering a comparatively thoughtful written explanation such as that granted by the Edinburgh poseurs, rendered their surprise rejection on the scene, at the time (of Atzmon’s scheduled literary event), and orally as shown in this video. This was followed up, as Atzmon directed attendees away from the scheduled venue and toward its replacement, by a fortunately muffed attack on Atzmon and party by three would-be “antifa” henchmen.

They’re everywhere, more-numerous and more-threatening, it might seem, than ever before.

Doesn’t all this just refresh and renew your zeal to promote and protect truth and objectivity in this, the fight against the greatest hoax of modern times?

It certainly does mine!