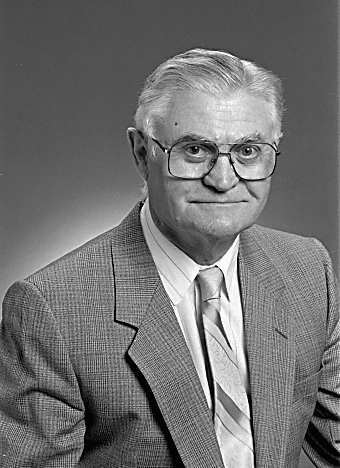 Museums are much in vogue these days. I reported recently on the Simon Wiesenthal "Museum of Tolerance" in Los Angeles. But an apparently even bigger bang for the propaganda buck is to be seen in the Holocaust Museum in Washington, D.C.

The major media again fell over themselves to deliver unquestioning coverage of the six million story, and we can expect more of the same when the Spielberg boy (he of the Jurassic Park nonsense) completes his film on Auschwitz.

But I do not believe the six million story that is thrown at us daily on TV and in the prints. Let me emphasize, though, that large numbers of Jews did die in the concentration camps – as did many others. There were also large-scale massacres on the Eastern Front, and David Irving is wrong when he says they were "My Lai-type massacres," i.e., actions conducted in the heat of battle. They were much bigger than that.And I never heard of anyone being court-martialled for them.

Winston Churchill's memoirs spanned the whole of the Second World War, and the last volume was published in 1954, nine years after the war and after the Nuremberg trials were long over. What did he have to say about the six million? Nothing. There is plenty about the persecution of the Jews in Hitler's Germany, but nothing at all about war-time gas chambers, etc. And if it was true that 60,000 Jews a day were being disposed of, as is frequently claimed, he could hardly have ignored it.

Doug Collins, a native of the United Kingdom, served with the British army during the Second World War. An award-winning journalist, he has worked for several Canadian daily newspapers. His career has included work in newspaper, television and radio, both as a reporter and commentator. For a time he hosted an open-line radio talk show. Since 1983 he has written a popular and controversial column for the North Shore News of North Vancouver, British Columbia. He is the author of several books.

Collins spoke on freedom of speech and the Zündel case at the Tenth IHR Conference, 1990. His presentation appeared in the Fall 1991 Journal, and is available from the IHR on both audio and video cassette. Other writings by Collins appeared in the January-February 1993 Journal.

This essay is reprinted by permission from his column in the North Shore News of August 18.

Bear in mind too that London was cracking the German codes and that Churchill was loyal to the Zionist cause – even after his friend, Lord Moyne, was murdered by Jewish terrorists in Palestine. The closest he got to the subject was a footnote mention of the brutal deportation of the Hungarian Jews to Germany in 1944.

Its a fact, also, that the Polish government-in-exile was in constant touch with Poland. It had spies in Auschwitz as early as 1940 and published a newspaper in Britain called The Fortnightly Review. But there was no mention in it until May 1945, when the war was virtually over, of any mass extermination of the Jews.

There were a thousand other questions. Why would a David Irving bring calumny on his head by becoming a leading "holocaust denier?" He once accepted the six million story and was a top British author. But after he changed his mind he became a media leper and his "revisionism" cost him a fortune.

Why, too, would the late Paul Rassinier write a book debunking the story? He was a French socialist, Resistance fighter and concentration camp inmate himself.

Why would Professor Robert Faurisson of France have his academic career ruined? Europe's leading "revisionist," he has been dragged through the courts for years by a government anxious to please French Jews. And four years ago he was nearly killed by Jewish thugs.

It used to be a given that four million people perished in Auschwitz. In my book P.O.W. I described it as "the place where millions died." Well, it's time to confess. I was parroting what "everyone" knew. The Polish government has now reduced the figure to 1.5 million, and the plaque containing the other total has been taken down. Further, the senior curator at Auschwitz has admitted that the "gas chamber" shown to tourists at the camp was a reconstruction done by the Soviets after the war.

In 1989, Israeli holocaust scholar Professor Yehuda Bauer declared: "The larger figures have been dismissed for years, except that it hasn't reached the public yet." He could have added that it never will, given our conformist media. America's "leading expert on the Holocaust" is Raul Hilberg, who says the proper figure is 5.1 million. But he was chewed to bits at the first Zundel trial and didn't come back for more in the second.

The Leuchter Report, of which you have never heard, showed that the "mass gassings" were a technical impossibility.

So what difference does it make whether the figure was six million, one million, or 300,000, as was stated by the Red Cross after the war? Well, as a often-repeated witticism puts it, ''There's no business like Shoah (holocaust) business."

My change of mind began when I went to the first Zündel trial as a witness for freedom of speech,