The Tyranny of Silence, Demonstrated

This book’s author, a Danish journalist now 57 years old despite the many death threats he has received, was catapulted to fame, to his great surprise, after the publication by his employer of a group of cartoons depicting Islam’s central prophet Mohammed in a number of unflattering, even risible poses. The international kerfuffle that ensued lasted for years, inflamed passions in countries all over the world, resulted in at least a dozen actual deaths, and illuminated as perhaps nothing before it the value and costs of freedom of expression. Though the support of his employer and his country were occasionally to be found wanting, at least in the eyes of “free-speech fundamentalists” such as are likely to be found among the readers of Inconvenient History, Flemming Rose’s defense of his editorial decisions to assemble and publish the offending sketches is courageous, fulsome, admirable, and even inspiring.

The story of these developments might have made compelling reading from the pen of a more vivid narrator, or the embellishments of a sensationalist seeking to promote his heroism in the face of threats that might cause many a stout heart to skip a beat or even stop altogether. But this writer uses a matter-of-fact style that ultimately so downplays the genuine drama that must have throbbed from the very course of its events that the end result is occasionally a bit boring for the less-focused sort of reader, which most of us in fact are, most of the time. I put it down myself to modesty and perhaps the tendency to understatement that helps us differentiate between Scandinavians and, say, Mediterranean types. It buttresses the impression of honesty and accuracy that books of this kind depend upon to persuade readers who make it their business to think things through. 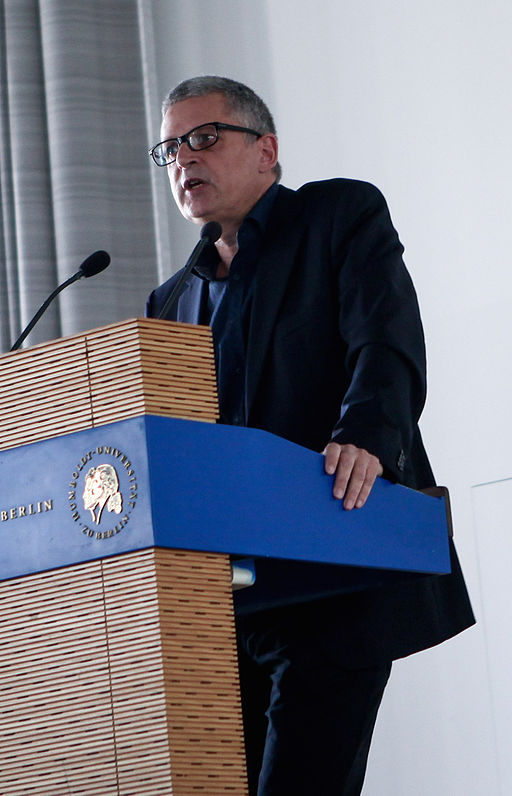 Flemming Rose at the 2015 European Students For Liberty Conference in Berlin.

By derthis (Own work) [CC BY-SA 4.0 (http://creativecommons.org/licenses/by-sa/4.0)], via Wikimedia Commons

But the book is not about Flemming Rose; it is a far more-encompassing discussion of freedom of speech in the present day around the world from the special perspective of the author of what has become known as the Cartoon Crisis. Rose’s own story, mixed throughout with the stories of others, permeates the narrative, but it serves merely as an incomparable vehicle for exploring the profound subject it treats of.

Throughout my reading of this book advocating what might be the most-precious of all rights, I was deafened by a roar in my mind’s ear that only increased as I approached the book’s end. This anti-silence was ear-splitting, or mind-splitting, as I realized that nowhere in all these pages about every kind and shape of censorship imaginable was I going to find the slightest mention of the 800-pound gorilla of the species, the criminalization of “Holocaust denial.” The closest it came to mentioning the elephant in this living room was where he wrote:

An advisor to the Afghan minister of culture told the British daily the Independent that he supported the verdict [to execute a blasphemer of Islam], contending that Europe restricted Holocaust denial in much the same way: “Every country has its own limits on freedom. European people have the right to protect their opinions about ideas which are supposed to be dangerous for their civilization.”

Rose even claimed to have decried the criminalization of Holocaust denial in a speech he gave in Israel, and to have defended his position against complainants who claimed to be related to Jews who died in the Holocaust. At least he was on the right side of the issue when he brought it up, and apparently intrepid about when and where he did so.

But in Chapter 10, he lists five recent cases of legal suppression of speech, which fell out as follows:

Is anything missing here? How about Ernst Zündel (Canada)? Jürgen Graf (Switzerland)? Germar Rudolf (Germany)? Sylvia Stolz (Germany)? The list goes on and on, for (western) country after country, replete with the entire panoply of penalties including fines, loss of employment, exile, imprisonment and, if not death sentences, murders in any case.

Despite this resounding omission of probably the most-powerful group advocating censorship anywhere in the world, the book actually scores worthwhile points in the contest to defend freedom of speech, including at least one that, if not necessarily original, nonetheless so counters superficially logical thinking that it is well worth repeating: the presence within a single society of differing, even opposite-minded groups, including large majorities and small minorities does not impose a need for censorship to prevent people from offending, insulting, or even threatening any of these groups. To the contrary, such diversity in a polity increases the need for freedom of expression, if only to prevent groups from contending with each other for power over the processes that enact and enforce the laws that impose censorship. The Charlie Hebdo massacre of early this year in the land of the Loi Gayssot criminalizing “Holocaust denial” is an object example of this process. The mechanism is available to, and used by,the Jews of France, while access to it is denied the Muslims of France. This logically brings on the AK-47s. The book here reviewed was originally written in 2010, so the incident is not mentioned, as it surely would have been had the event occurred before its writing.

In the above-listed case concerning India, in particular, Rose recounts in hair-raising detail how the tyranny of silence seems to have descended over all the expressive arts and media in India, with law after law and case after case arising at the behest of one religion, race, profession, geographic area, or other affiliation of any kind whatsoever. The case of India looks to be the world’s grim future if the trends of grievance outlined by Rose continue in the direction they’ve already traveled so far in. The recent history of neighboring Pakistan, recounted in the case study associated with that country, provides no relief whatever despite its more particularist focus on Islam.

Rose is frequently at pains to emphasize his well-supported view that even honest, “balanced” programs of censorship designed to minimize intergroup friction fail to do so. What he might not have emphasized sufficiently, though he implies it, is that such programs, especially of course those that (as in France) favor one group while neglecting another(s), seriously aggravate intergroup conflict, quite aside from the deleterious effect such oppression obviously has on the quality and content of public discourse and consensus-seeking in general.

This is an important book on an important subject. That it silently demonstrates, in favor of the Holocaust scripture and its devotees, the very evil that it bemoans ultimately strengthens its impact enormously, at least for readers who are sufficiently attuned to the detection of such insidious silences.

For such readers, there will be no need for any injunction to bear this self-censorship in mind; it will resound from practically every page. For other readers, it will nonetheless incline the intelligent to improved thinking on the subject, hopefully including the monstrous case that it so quietly neglects.