A malign foreign influence is again abroad in America—one of such insidious force and menace that it calls for dusting off a hoary pejorative that has been little heard since the days of the doughty senator from Wisconsin, Joseph P. McCarthy. That label is a resoundingly descriptive one: Unamerican! It doesn’t quite mean anti-American, nor is it as innocuous as non-American. It was, and here will be, applied to people who are American in the sense of having been born in America, but who in their public actions exert an influence that is contrary to the spirit that has animated Americans at least since the Revolution. It is a spirit, with attendant values and principles, that still today strikes a chord deep in the hearts of many who cherish whatever the Ameri-can Experiment has contributed to the advancement of the ways people get along with each other.

Among those evincing this Unamericanness of late stands out a politician from Brooklyn, New York named Dov Hikind. Hikind takes pride in flogging the foreign origins of his parents, who, he advertises, were “victims” of the “Holocaust” conducted in their native Europe by the National Socialists of Germany. Other, far-more-authentic Americans, take well-justified pride in their non-American parentage, but do so, out of truthfulness or modesty, with a less self-serving emphasis on their victimhood. 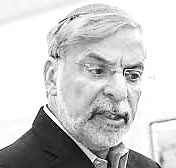 Dov Hikind, a man with a heart-felt devotion to crushing a free press.

But Dov Hikind, this son of innocent victims, is a politician, and the constituency he has found is made up to a large extent of people who are, or who would like to be seen as, similar to the image he projects of himself for the 48th Assembly District of New York, centered around the enclave of Borough Park. Hikind is, in fact, an elected official in the State Assembly of New York—part of the government in America, if you will. As such, quite aside from the global scope of the machinations of this representative of less than 2 square miles of New York City, Hikind qualifies amply for the fear-inspiring epithets hurled by the redoubtable Commie-hunter from Wisconsin of the past century.

Why so? What has this State Assemblyman, re-elected continuously to his office these 15 times since 1982, done to win an appellation not seriously applied since the witch-hunt launched some 63 years ago against those who would supplant American self-responsibility with Communist collectivism and abnegation of the individual?

In a word, he has deployed force against thought—fear against open discourse—threats against honest opinion. He has been, and continues to be, emphatically, publicly, and coercively Unamerican. He has, through the agency of “private-property” rights and rights of association, assaulted the ability of those expressing opinions his constituents find inconvenient, to promulgate their views. He has, for example, persuaded the gnomes in control of the levers of Mastercard and other credit-card companies to revoke the acceptance of charges from customers of the Institute of Historical Review of Newport Beach, California, a noted purveyor of books, videos and research that erodes the factual basis of ancient World War II propaganda that painted Germans in the color of genocide.

He caused the same baneful treatment, as long ago as 2010, against David Irving, the indefatigable researcher and decoder of the original documents that today provide virtually our only truthful view of the acts and con-sequences that we know as World War II in Europe. He pushes ever onward against his enemies, including Bradley Smith, the publisher and namesake of this newsletter, and against CODOH and the primary revisionist bookstore on the World Wide Web. Here “Banksterism” enters a domain far darker than the one until now most-bruited, that of self-aggrandizement. Here, the crime enters the realm of thought control.

Why is such a global enterprise, in behalf of a majority, one sup-poses, of the 66,000 or so voters in his District 48 of New York, Un-american? Well, we could start with “freedom of speech,” another concept, along with “Unamerican,” that has become quite fusty from disuse. The Constitutional bar against Congress enacting any mea-sure that abridges freedom of speech, much honored by now in the breach, does not bear on Assemblyman Dov Hikind, nor even, necessarily, on the State of New York, and certainly not on American Express, Mastercard, and the various other arbiters of the international payment system that so many of us rely upon to conduct our transactions—and, it would seem, to form our opinions.

Hikind’s projects, then, are not unconstitutional. So, why are they Unamerican? The bar on Congress, it might be speculated, arose from the Founding Fathers’ awareness that the power to prohibit expression would be ineluctably captured by those intent on enforcing beliefs that those currently in power were the most-fit to exercise it, and that such power should be exercised only by sanctioned parties.

The Founding Fathers hoped to prevent such hijacking of the public faith. Unfortunately, they did not figure on credit cards and the regulation of banking that has reduced management of this critical facility to a government-dependent monopoly. The credit-card companies, a cartel protected and managed by the government, have become a lever handy to the grasp even of tin-horn despots such as Dov Hikind for the advancement of parochial agendas. One supposes that Hikind’s constituency, whether that of the 66,000 voters of Borough Park or that of Holocaust censors worldwide, are gratified by his noxious success.

But, a romantic might posit, there might be something further in the Americanness of the ideal of free speech. That is the simple idea of Fair Play for those who express honest opinion informed, however incompletely, by fact. There might be, in this penchant for Free Speech that some Americans have obdurately held onto for these two centuries and more, a respect for the honest opinion, or speculation, of one’s fellow man. To stand against this, and to work against it, is what is Unamerican about Dov Hikind’s reprehensible effort to throttle free expression that so threatens, in the end, the foundation of his own political base.

We (Americans, citizens of the world) can mobilize force, legal, financial, and otherwise, against the expression of ideas, thoughts, feelings, however motivated. Or, we can allow each other to be free with such activities, and hash the issues out in open discourse, unencumbered, insofar as this is socially possible, by suppression, censor-ship, and all other barriers to the free exchange of opinion.

This freedom is exactly what the Dov Hikinds in the world stand against.