The Union: Worth a War?

Doug Bandow is the author of The Politics of Plunder: Misgovernment in Washington and The Politics of Envy: Statism as Theology, both published by Transaction. This essay is reprinted from the March 1996 issue of Freedom Daily, published monthly by the The Future of Freedom Foundation (11350 Random Hills Rd., Ste. 800, Fairfax, VA 22030).

What a difference a century makes. Secession is now much in vogue, and US officials regularly inveigh against other governments, like Ethiopia, Nigeria, Russia, and Yugoslavia, which attempt to forcibly hold their nations together.

Yet most American history books admit of no doubt regarding what happened in the United States in 1861. The conventional wisdom is that the Civil War was necessary, a harrowing fire through which the country had to come.

Whether the Southern states had constitutional warrant to secede from or legitimate reason to revolt against the national government (no, in my view) is not the critical issue. The more important question is: Should the North have tried to forcibly prevent the South from leaving? 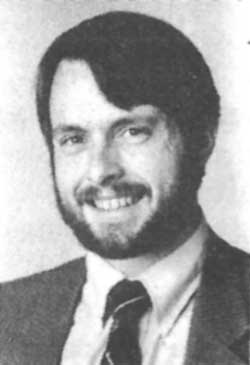 After all, secession, not slavery, caused the Civil War. True, slavery triggered secession, but the war was directed against the latter, not the former. Although a crusade against slavery would have offered a more compelling case for war, President Abraham Lincoln promised not to interfere with the institution, and called up 75,000 militiamen to suppress rebellion, not free the slaves. As the president famously wrote Horace Greeley: "My paramount object in the struggle is to save the Union, and is not either to save or to destroy slavery." It remained so throughout the war, though Congress and the administration soon recognized that they could use emancipation to help defeat the South.

Moreover, while the seven southern-most states seceded over slavery, the upper South Arkansas, North Carolina, Tennessee, and Virginia did not. They remained loyal to the North until President Lincoln announced his intention to invade their neighbors. All then seceded, rejecting, along with the divided-border states of Kentucky and Missouri, Abraham Lincoln's call to arms. One North Carolina unionist complained: "Union sentiment was largely in the ascendant and gaining strength until Lincoln prostrated us. He could have adopted no policy so effectual to destroy the union ... Lincoln has made us a unit until we repel the invaders or die."

In fact, many Americans in the North and South alike supported the Union but believed that no one should be forced to remain in the Union. Colonel Robert E. Lee wrote: "I can anticipate no greater calamity for the country than a dissolution of the Union ... Still, a Union that can only be maintained by swords or bayonets, and in which strife and civil war are to take the place of brotherly love and kindness, has no charm for me."

Similarly, Horace Greeley editorialized in the New York Tribune: ''We hope never to live in a republic whereof one section is pinned to the residue by bayonets."

A number of factors pushed the North to war fear that the South would close the Mississippi and that other sections of the nation might also secede. Some abolitionists wanted to forcibly eliminate slavery, though others were pacifists. (William Lloyd Garrison had long advocated that the North secede and become a haven for runaways.)

President Lincoln took a different tack, contending in his 1861 inaugural address that "the central idea of secession is the essence of anarchy" through its rejection of majority rule. This argument, however, was pure sophistry. The South rejected not majority rule, which was, after all, how those states decided to leave the Union, but national majority rule. Far from plunging into chaos, Southerners took their established institutions and leaders, including much of the federal constitution, into a new, though smaller, interstate compact. Justified or not, their actions did not lead to "anarchy or despotism," as the president argued. Ultimately, the most important issue was raw nationalism, the belief that the American nation was indivisible and destined to overspread the entire continent. President Lincoln spoke of "the mystic chords of memory, stretching from every battlefield and patriot grave to every living heart and hearthstone all over this broad land."

Yet such sentiments, however eloquent, offered no justification for war. Such a Union may be a good thing, but only if voluntary. It lost its appeal once "maintained by swords and bayonets." President Lincoln's best argument would seem to have been that South Carolina committed an act of war by firing on Fort Sumter. But the Confederacy did not thereby open general hostilities, and the bombardment warranted at most a limited response, not a full-scale invasion. In fact, Lincoln the politician invited conflict with his decision to resupply the US garrison in Charleston and probably expected, correctly, the incident to unite the Northern public behind him. In short, Fort Sumter did not cause civil war. Rather, it enabled President Lincoln to successfully wage civil war.

Much of the enthusiasm reflected the fact that both sides underestimated the conflict's consequences. Senator James Chestnut of South Carolina, for one, offered to drink all the blood that would be shed as a result of secession. Until the first battle of Bull Run, many thought one battle would decide the war. But then came years of unprecedented carnage. Observed Senator Henry Wilson of Massachusetts after the hideous Wilderness campaign in May 1864: "If that scene could have been presented to me before the war, anxious as I was for the preservation of the Union, I should have said: 'The cost is too great; erring sisters, go in peace'."

And the cost was too great. Over 600,000 dead; hundreds of thousands of hungry refugees; mass destruction of agriculture, community, and property in the South; extensive violations of civil liberties in the North; and centralization of national power that has steadily intensified over the succeeding century. The sole genuine benefit of the war, the destruction of slavery, was partially overturned after Reconstruction when Southern states reimposed white supremacist rule. Thirty years ago, blacks still couldn't vote in many states.Thus, the Civil War did not actually free African-Americans in all respects. Peaceful separation in 1861 might have resulted in justice for blacks sooner than did coercive union.

Abraham Lincoln's role in history may be memorable, but it is not praiseworthy. His most important decision, to plunge the nation into civil war, was wrong. In the end, he bears primary blame for mass death and destruction then and for the oppressive Leviathan state with which we must contend today.