Those Nazis: Where Did They Get Such Ideas?

We hear (constantly) that European and hence, American anti-Semitism is an ancient and irrational tradition. Yet, when a modern state, Germany in 1933, sought to separate and, yes, marginalize a minority in the midst of its populace through law, where did they look for the state of that art? Yes, of course: the cradle of freedom and democracy, the United States, which had only 70 years before concluded a bloody war among its states to “free” a minority from the bonds of slavery. They consulted the laws of the 48 states of a republic then barely 150 years old to implement the racial separation they sought, and modeled their own measures to a great extent thereon, while in certain cases explicitly rejecting the more-draconian features they discovered in their investigation. 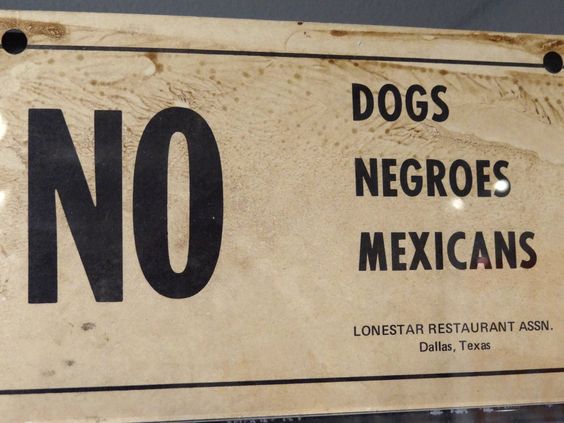 Ten years later, fleets of bombers from that very same young republic rained bombs and death on the people of Germany even while the republic’s armies joined and supplied those of Germany’s other enemies to bring about an “unconditional” surrender that would give free rein to vengeful foreign brigades to roam Germany’s territory and exact what pleased them from the supine populace of that country.

Imitation might be flattery, but even flattery might not spare you the righteous wrath of your mentors when those mentors for some reason or other don’t perceive the flattery or appreciate being so flattered. The United States, by one intrigue or another, did not perceive the flattery of German race law, nor, particularly, wish it to be perceived by others. In its turn, the government of Israel is readily to be seen in a similar position, though directing its nuclear-backed wrath against not those (conquered) who informed it, but rather against its victims who were dispossessed of their homes and communities by its racial policies, all of which can be traced back to the racial laws concocted in the United States from at latest 1790, at which time  America enacted its Naturalization Act, making citizenship attainable to “any free white person.”

Somehow, James Q. Whitman of Yale University has mustered the imagination, persistence of inquiry, and fortitude in the face of very-predictable counter-pressure to publish Hitler’s Model: The United States and the Making of Nazi Race Law. Such ventures invariably entail either of two outcomes: (a) the complete and utter end of the careers of countless such persons who in the face of their subsequent obscurity cannot even be named; or (b) the “turning” of such academics as can be turned by blandishments of money and security (e.g., Norman Goda of the University of Florida) to the side that encumbers Germans/Nazis with the vast majority of the guilt (and Jews with the vast minority thereof), without even the requirement of any mea culpa such has been extracted even from such as David Cole/Stein, Eric Hunt, and David Irving.

Whitman, I suspect, is now as much toast in the firmament of respectable informants to the opinions of Good People as David Irving has become. In the meantime (in the wake of his demise), you can still avail yourself of his intelligence as well as can others (for the nonce),  but you’d best do so rather soon, as such glimpses of the truth as these often, like supernovas,  flare up, as this book has done in a modest way, and are then rapidly and thoroughly consigned to forgotten history, dark and invisible as only a black hole can be.

This, then, was the Good War, when the champions of liberty from America crushed the evil European regime that was not only the bulwark against the westward spread of communism, but took its cues from … us.