Copied to Hundreds of Their Associates and to Academics Nationwide
by Bradley R. Smith
Published: 2013-08-18

Chief of Staff: Joseph A. Ferrara

It has occurred to me to wonder if you are not aware of at least some of the compromising realities underlying the Georgetown University’s Jan Karski Institute. If you are not, the following missive might serve as an introduction to the matter for you and those in your office. I believe we would all agree that ideally the university is about things other than fundraising, no matter what guise it comes in.

By July 1943 then, America had been shipping its treasure and treasured youth away to death and destruction toward both east and west for over a year and a half in torrents never before witnessed in the annals of war. At that moment, Jan Karski first set foot on our beleaguered shores with a message dire 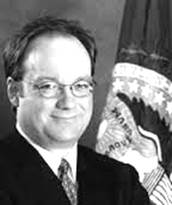 with horror and hurry: those Nazis are killing Europe’s Jews by the millions using methods so calculatedly cruel as to be unbelievable! America must immediately redouble its already Herculean efforts to drive the Germans out of the countries they had conquered (Karski’s own among them).

In fact, when he buttonholed leading Jewish American Felix Frankfurter with his tales of mass torture and slaughter, the famous jurist, a long-time witness from his bench to impassioned pleas of every stripe imaginable, concluded “I do not believe you.” And in this case, as in so many other cases in judgment of which he sat, he was correct: the witness, in his deceitful campaign to pour oil on the fire already then consuming America’s lifeblood, was exaggerating well past the point of perjury.

In the name of this adjudged false witness, now, Georgetown University’s Jan Karski Institute for Holocaust Education proudly reprises his beating of the war drums with a talk by acquitted libeler Deborah Lipstadt titled “The Eichmann Trial,” after the 1961 show trial in Israel attendant to the illegal kidnapping of Adolf Eichmann from Argentina and his subsequent hanging at the hands of his abductors. It promises to be a celebration of the bloody vengeance wreaked on Germans and Germany for lo, these 68 years so far, with no end to the gore-worshipping festivities yet in sight.

This educational institute named after an outside agitator who during his histrionic career switched between anti-Communist and anti-anti-Semite as the winds of fortune happened to dictate throughout its five decades, served, like Elie Wiesel at Boston University, as a money magnet for Georgetown University during his tenured life, and continues to serve this function while at the same time perpetuating the calumny that has dogged the German people ever since the jaws of the Soviet-American vise closed on their country in 1945. Featured Speaker Deborah Lipstadt bears her own crushing burdens of mendacity and avarice as she mounts the podium of defamation this month at the Catholic institution of higher learning in our nation’s capital.

Would that somehow, the Mossad of some young, faraway theocracy might capture her before then, bundle her off in the night to its waiting aircraft at a secret airstrip, from there to fly her to its homeland, and there to “try” her, before the media of the world, for her own crimes of deceit, defamation and incitement, and as well the manifold crimes committed by her comrades-in-arms, starting with the Courier of Hate, Jan Kozielewski, today feted under his alias, Jan Karski.

I am writing with regard to documents that were taken from the Nuremberg International War Crimes Tribunal by the American Prosecutor Robert Kempner. It has been reported that United States Holocaust Memorial Museum Senior Archivist Henry Mayer believes these writings could be the most revealing Nazi documents ever found.

Since Robert Kempner is suspected of the spoliation of evidence favorable to the Nuremberg defendants, since the documents have been reported as having been illegally taken by a Mr. Herbert Warren Richardson, and since earlier press releases describe the “diary as various pages, some not in Mr. Rosenberg's handwriting,” while also stating that “most entries are written in Rosenberg’s looping cursive, some on paper torn from a 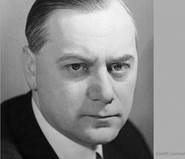 ledger book and others on the back of official Nazi stationery,” many people will be confused as to what papers were recovered by the government, what documents might not have been recovered, and what the relationship is among the various pages. http://tinyurl.com/-klczdbh

It is also being reported that "Mayer explained to this reporter that he was not given enough time to read any diary entry from beginning to end, but that he peeked into them and ‘arranged’ them. He is convinced that scholars will find them ‘very important’ and that the papers will open new avenues of research. He suggested that the documents will offer revelations. But, Mayer noted to the press, it may take a long time, possibly years, for scholars to complete their analyses of the diaries."

Given the years of manipulation, dishonesty, and secrecy surrounding these important papers, I respectfully suggest that we do not need you to "arrange" them before all else. What would be most open and honest would be for you to scan and post all the pages you have obtained so that all who are interested can read them. The documents will speak for themselves. We do not need you to control the documents and to keep them secret while (which?) "scholars complete their analysis."

Weeks have already passed since possession of the documents was gained. Press conferences have been held. Why do you not simply scan and post the documents publicly so that everyone who is interested in the matter can view and analyze them for themselves? Once that is completed, the papers can then be returned to the Rosenberg family, who appear to be the legal owners.