Theodore J. O'Keefe is book editor for the Institute for Historical Review, and an associate editor of the IHR's Journal of Historical Review. He previously worked at the IHR from 1986 until 1994, serving as chief editor of this Journal from 1988 until April 1992. He also addressed the IHR Conferences of 1986, 1987, 1989, 1990 and 1992. Educated at Harvard College, he is the author of numerous articles on historical and political subjects that have appeared in a range of periodicals.

After 60 years of oblivion, Lothrop Stoddards Into the Darkness, based on the authors journey to central Europe from October 1939 to early 1940, has, thanks to the Noontide Press, re-emerged into the light of day. This is a welcome event, for this book is a rare even-handed account of the Third Reich – its leaders, its people, its politics and society – at the outset of the Second World War.

Lothrop Stoddard was not just any journalist, but perhaps the foremost popular American writer on race of the 20th century. Stoddards Harvard Ph.D. in history (his dissertation on the slave revolt in Haiti was published in 1914 as The French Revolution in San Domingo) and his languages and wide travel set him apart from most scribblers of his day, and ours. His Rising Tide of Color was a best-seller in the 1920s, when Stoddards notions on race, immigration, and eugenics were in national vogue, but that and his other books were banished not long afterward to a shadowy existence of reprinting by obscure houses and availability almost entirely by mail.

Traveling to Europe in late 1939 as a correspondent for the North American Newspaper Alliance, the 56-year-old Stoddard was given generous entree to Germanys leaders, from Hitler on down. Maneuvering his way around the blacked-out country (whence the books title), whether shepherded by officials or on his own, Stoddard was aided not merely by his intimacy with Germany, dating from before the First World War, and his fluency in the language, but also by his keen reportorial eye and ear. The result is a highly readable account of Germany in the months between the victorious Polish campaign and the conquest of Denmark, Norway, France and the Lowlands. Read today, Into the Darkness resembles a time capsule from a forgotten age, an age before the atrocity mills were working to capacity and before the Nuremberg Tribunal had stamped its falsehoods with the seal of authenticity.

Most American journalists books on Third Reich Germany have focused on politics, nearly always from the standpoint of Hitlers opponents. Stoddard, while hardly neglecting the Party, the Wehrmacht, the SS, and the police, is largely concerned with describing Germanys economic and social life and institutions. He was able not merely to get access to Joseph Goebbels, Heinrich Himmler, Robert Ley, Wilhelm Frick, Walter Darré, Gertrud Scholz-Klink and many other leaders, but to talk directly and knowledgeably with them about their achievements, problems, and goals. Stoddard then went off to observe what the Nazis were doing – on the farm, in the workplace, with the Labor Service, through the Winterhilfe aid campaign, and in the eugenics court. (Before visiting the last, he talked with such figures of the Reichs racial and genetics programs as Eugen Fischer, Fritz Lenz, and Hans F. K. Günther.) What Party officials and government ministers wouldnt tell him, he was often able to learn from taxi drivers, letter carriers, and cleaning women – and still found time to travel to Slovakia, where he interviewed the countrys president, Monsignor Josef Tiso, and to Hungary, where he celebrated New Years eve with his many friends among the Magyars.

Readers of Into the Darkness, whether they share Stoddards racial views or not, may be surprised to discover how objectively he described what he saw. The fact that his views on racial hierarchy and the preponderant influence of inheritance over that of environment largely jibed with those of the Nazis did not make the American Yankee a starry-eyed sympathizer, let alone a propagandist for, the National Socialist experiment. The old-stock Yankee from Brookline, Massachusetts, was acutely aware of the regimes all-encompassing propaganda techniques, and part of the appeal of his narrative lies in his canny observations on how German officialdom did its best to micromanage appearances (though not necessarily in a heavy-handed way) from the Reichskanzlei to the Gasthaus. 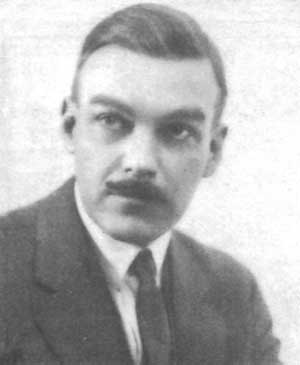 For Stoddard, unlike William Shirer, Dorothy Day, and the other crusading US journalists who covered Germany under Hitler, the Third Reich limitations on freedoms guaranteed by the American Constitution were sufficient grounds for distaste, if not censure, of the regime. While Into the Darkness doesnt gloss over the pervasive censorship, the concealed presence of the Gestapo, the ring tightening around the Jews, and the first rumors (some all too true) of German outrages in Poland, Stoddard was disinclined to bandy, let alone manufacture, atrocity tales. Thus his picture of Germany, even under the heightened censorship, rationing, and other wartime measures, accurately describes a far freer, safer place, for the great majority of its people, than was the Soviet Union. (That the Moscow treaty of August 1939 continued in force during Stoddards visit afforded the author opportunity to make a public show of defiance to his hosts foreign policy when, together with other journalists, Stoddard toasted the Finnish resistance to the late-1939 Soviet invasion.)

In 1940, however, accuracy and objectivity on Hitlers Germany was not what was wanted by Americas intellectual and policy establishment. Even before Into the Darkness was published, Time magazine sniped at Stoddard as persona grata to Nazis, running a grotesquely truncated version of his interview with Goebbels (already published through the North American Newspaper Alliance). By the time his book appeared, Germanys armed forces had conquered Denmark and Norway, overrun the Lowlands and conquered France, and driven British troops back across the Channel. While the United States, in accord with the wishes of the great majority of Americans, would stay officially neutral for a further a year and half, the climate in the publishing world, the academy, and government was such that Stoddard felt constrained to include an apologetic Statement on the book jacket. It begins Personally repellent and depressing though Nazi Germany was to me, as it must be to any normally-minded American ... and continues in the same mode for two paragraphs. Stoddards aim then was to salvage himself and his book by advertising Into the Darkness as a clarion call to preparedness against the German New Sparta with its cult of ruthless efficiency; today, Stoddards apology for Into the Darkness stands more as a sad tribute to the intimidating power, even then, of Americas Orwellian media combine. One cant help noting that none of Stalins many apologists among American journalists seems to have felt compelled to write a similar disclaimer.

Sixty years after it was written, the text of Into the Darkness is both a refutation of its authors apologia and a rebuke to his detractors. This is a journalistic account that still lives and breathes, that informs and entertains.

Part of this is due to Stoddards sympathy for so many of his subjects, and his empathy for all of them. Part is due to the books dynamic objectivity, which arises from Stoddards efforts to get at the facts behind the German propaganda rather than devise his own counter-propaganda.

And part of the continued vitality of Into the Darkness is certainly owing to our knowledge of how things will end, five years hence, for Hitler, Himmler, Goebbels and Tiso, and so many of their countrymen.

This reviewer has no evidence that Lothrop Stoddard actively opposed American entry into either the First or the Second World War. His Into the Darkness, nevertheless, is a vivid reminder that Germany under Hitler, as late as 1940, was not the inferno of persecution alleged by its detractors. Reading it today, armed with a hindsight unavailable to Stoddard, one may profitably wonder whether the (actual, as opposed to invented) Nazi excesses over the following five years owed more to the war and its conduct by the Allies than to the evil of the Nazis or the Germans.

Noontides new edition of Into the Darkness includes an up-to-date and informative introduction on Stoddards career by Rachel Dixon, and a new cover design which easily excels that of any of the authors earlier books. Neither revisionists nor connoisseurs of Stoddards various writings on race will want to be without this highly readable, and most informative, re-issue.

"When ancient opinions and rules of life are taken away, the loss cannot possibly be estimated ... From that moment we have no compass to govern us, nor can we know distinctly to what port to steer."
—Edmund Burke

"A thinking man is the worst enemy the Prince of Darkness can have; every time such a one announces himself, I doubt not there runs a shudder through the nether empire; and new emissaries are trained with new tactics, to, if possible, entrap and hoodwink and handcuffhim."
—Thomas Carlyle