"Who Will Stop the Crazy Nazi Ham-Radio Operator?" 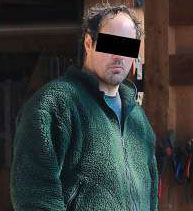 ...cry the headlines of newspapers in Switzerland. The reason: Marcel Sauder, a farmer from Thurgau, is accused of having denied the "holocaust" on ham radio, having said:

"The Holocaust never happened; at most a few tens of thousands of Jews died during World War II."

Four years ago, the 44-year-old operator who calls himself "Fuchs" (fox) was sentenced to a fine of 1,000 Swiss francs and another fine of 6,000 francs, suspended for three years, for having made similar statements via his radio transmitter. After that he remained silent for three years.

Of course, Jonathan Kreutner of the Federation of Jewish Communities (SIG) in Switzerland did not miss the opportunity, whining to the press that the courageous farmer merely waited until his probation period was over, and then went right back to what he had done before. Kreutner now plans to contact the prosecutor´s office to see what can be done against that fearless farmer who still dares to state publicly what he really thinks about the "Holocaust."

Three weeks ago, the case was made public by the Swiss newspaper SonntagsBlick. The authorities are now investigating the radio operator, since denying the Holocaust is a criminal offense in Switzerland as a subform of "inciting to racial hatred." It turns out that German radio operators had ratted on "Fuchs," who now faces a prison term of up to three years.

Happy Switzerland, if you have no worse problems to worry about than a farmer speaking his mind...