Holocaust historian and Jewish activist Deborah Lipstadt is a prominent and severe critic of Holocaust revisionism (or to use her terminology, “Holocaust denial”). As a result of the libel case brought before the High Court in London in the winter-spring of 2000 by David Irving against Lipstadt and her publisher, she and her book, Denying the Holocaust: The Growing Assault on Truth and Memory, are now world famous.

One of her book’s primary claims is that Holocaust revisionism is utter nonsense, on par with the flat earth theory. On the dust jacket we read: “The denial of the Holocaust has no more credibility than the assertion that the earth is flat.”

Dr. Lipstadt further insists the traditional view of the Holocaust is not a matter of debate. To debate the Holocaust revisionists “would give them a legitimacy and stature they in no way deserve. It would elevate their anti-Semitic ideology—which is what Holocaust denial is—to the level of responsible historiography—what it is not.”[1] 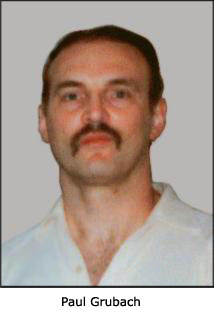 Despite what Lipstadt writes, if hard evidence for the Holocaust is overwhelming and the claims of revisionists ridiculous, to engage the latter in debate would not lend them credibility and respect. Quite the contrary. Crossing swords with these “cranks” would be a golden opportunity for Lipstadt to expose their alleged quackery and stupidity. Only if revisionism has intrinsic validity will it gain stature by a public hearing. The Emory University professor’s refusal to debate carries with it the implicit recognition that revisionism has more legitimacy than she cares to admit.

Even if revisionism were pure balderdash, the public interest would still be served if it were given serious attention in the mainstream media. The truth of the traditional version of the Holocaust could be reverified. Lipstadt has been quoted as saying that she is “only interested in getting at the truth.”[2] If this be so, then a more complete perception of the truth would be gained in a public debate where her “Holocaust facts” clashed with “revisionist fiction.”

To put it bluntly, Lipstadt’s “justification” for refusing to debate is nothing more than a conscience-salving self-deception designed to cover up her fear and insecurity.

The reader will now ask—what is the real reason behind her refusal to debate?

The debate was a disaster for the traditional view of the Holocaust. Weber made Holocaust revisionism look too good and Lipstadt’s Holocaust ideology severely deficient. Evidence that this is the case is suggested by the fact that some years after the debate Shermer wrote: “It is one thing to analyze the literature of deniers or to interview them face to face; it is quite another process to confront them in a public forum, where their skills at rhetoric and debate can trip up even seasoned scholars and historians.”[4]

Indeed, to this day Shermer refuses to advertise the videotape of the debate in his Skeptic magazine and he never referred to it in his long analysis of Holocaust revisionism that appeared in his bestseller, Why People Believe Weird Things. Although the force of circumstance compelled Shermer to mention the videotape in brief passing in his Denying History, the reader is given no information on how to acquire it, which suggests he and his ilk don’t want people to see the video.[5]

It is safe to assume that if Dr. Shermer had scored a victory over Holocaust revisionism, he and the Deborah Lipstadts of this world would be aggressively promoting the Weber-Shermer debate videotape.

The upshot of my argument is this. It is actually a somewhat favorable sign for Holocaust revisionism that some of the major promoters of the traditional view of the Holocaust like Deborah Lipstadt refuse to debate. It seems to be a tacit admission by its most bitter opponents that Holocaust revisionism has more credibility than they care to publicly admit.