Will Michael Shermer Debate Paul Grubach on the Holocaust?

Dr. Michael Shermer, Editor-in-Chief of Skeptic magazine and the Director of Skeptics Society, has emerged as the one of Holocaust revisionism's most dedicated opponents. His 2000 book (coauthored with Alex Grobman), Denying History: Who Says the Holocaust Never Happened and Why do they say it?, is considered by the establishment media to be one of the most important rebuttals to the growing Holocaust revisionist movement.

Since 1995, I have written about and engaged in heated debates with Dr. Shermer on the Jewish Holocaust issue. My campaign to expose the errors, omissions and fallacies in his defenses of the traditional view of the Holocaust culminated in my long, in-depth review of his Denying History book.[1] 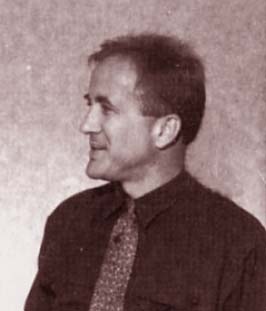 In view of this, I think the time is right for me to publicly challenge him to a written debate on the Holocaust issue that would take place on Bradley Smith's Website, The Revisionist. Dr. Shermer would defend the traditional claims of Holocaust historiography. Namely, there was a Nazi policy to exterminate world Jewry; gas chambers were used to carry out this plan; and approximately six million Jews were murdered.

I would argue in favor of the revisionist position. That is, there was no Nazi policy to exterminate world Jewry; there were no homicidal gas chambers in any of the concentration camps; and the claim of six million murdered Jews is an irresponsible exaggeration.

Will Dr. Shermer accept my challenge? I doubt it. When he crossed swords with revisionist historian Mark Weber in an oral debate on July 22, 1995, it was a disaster for Shermer and the traditional view of the Holocaust.[3] Weber made Holocaust revisionism look too good for Shermer's liking, and the traditional view of the Holocaust severely deficient. Furthermore, many who saw the debate said that Shermer appeared amateurish, and at times, even foolish.

Since that disaster, Shermer has never (to my knowledge) engaged another Holocaust revisionist in public debate. He refused to debate Holocaust revisionist spokesman, Dr. Robert Countess, and he has consistently refused to answer my own numerous, devastating critiques of his work. It appears as though Shermer is fearful of undermining the media-created, public image of himself as the "Great Guru of Skepticism." To cross swords with Holocaust revisionists would call public attention to the severe deficiencies in his own work and Holocaust historiography in general.

His strategy seems to be as follows: Never again engage a revisionist in debate, just write about them in mainstream, establishment media outlets. In this way, he can selectively create any image of revisionists and revisionist historiography he so chooses, without ever having to worry about the negative fallout resulting from an expose of the fallacies, errors and omissions in his work on the Holocaust.

Will Michael Shermer debate Paul Grubach on the Holocaust? You can ask Dr. Shermer by contacting him at: [email protected].