William Chamberlin: A Man Ahead of His Time

Adapted from the dedication address at the Twelfth IHR Conference, September 1994

Born in Brooklyn, New York, in 1897, and reared in Philadelphia, after high school and college education he went into journalism. Chamberlin's worldview as a young man was idealistic and strongly leftist. He was, in the words of one reference work, an "enthusiastic radical." In 1922, at the age of 25, he was named correspondent in Russia of the daily Christian Science Monitor. Later he also served as Moscow correspondent of the liberal British daily Manchester Guardian.

It didn't take long, living in what many at the time liked to call the "first state of workers and peasants," for Chamberlin to be lose his wide-eyed enthusiasm for the Bolshevik experiment. Soon, and for the rest of his life – until his death in 1969 – he was a bitter opponent of Communism, and particularly of the form it took in Soviet Russia.

Beginning with Soviet Russia, a volume published in 1930, Chamberlin began writing books exposing what he regarded as the evil and fraud of Soviet Communism . His principal works about Russia in the early 1930s also included The Soviet Planned Economic Order, which appeared in 1931, and Russia's Iron Age, which came out in 1934.

Probably his most impressive work was The Russian Revolution: 1917-1921, a scholarly two-volume study first published in 1935. For years it remained the best single English-language work covering the overthrow of the Tsarist regime, the Bolshevik takeover, the Russian Civil War and the consolidation of Soviet power in Russia .

This masterful two volume study received widespread acclaim. Typical was the praise of the reviewer for The New York Times, who wrote:

Mr. Chamberlin's intimate knowledge of Soviet conditions, the soundness and fairness of his judgment, his intellectual integrity and courage, his ability to present his findings to the general public in an attractive form without sacrificing any of the essentials, the straightforward simplicity and charm of his style have received the recognition they deserve ... [These volumes] are no longer the work of Chamberlin the journalist, but of Chamberlin the historian. And in this new capacity Mr. Chamberlin succeeds in making a contribution of the highest order.

A tribute to the quality and durability of his scholarship, The Russian Revolution was reprinted in 1987 by Princeton University Press.

After twelve years of outstanding work as ajournalist in Soviet Russia, in 1935 The Christian Science Monitor transferred him to the Far East, from where he reported until 1939, when he was transferred to France. Following the French declaration of war against Germany, and the subsequent German defeat and occupation of France, he returned to the United States.

Between 1937 and 1940 appeared additional books by Chamberlin, including Collectivism: A False Utopia, two acclaimed books about Japan, as well as a somewhat autobiographical work, Confessions of an Individualist. Chamberlin lectured on world affairs at Haverford College, Yale University and Harvard University, and during the early 1950s he wrote a regular column for the Wall Street Journal.

Along with many other thoughtful Americans, Chamberlin was disgusted by the role played by the United States in the Second World War. He gave eloquent and scathing voice to his bitterness about the hypocrisy of western Allied leaders in that terrible conflict, above all, President Franklin Roosevelt, in a book that was his most important work in the postwar period. Entitled, America's Second Crusade, this 372-page historical study, which was originally published in 1950 by Henry Regnery Company, has held up very well as an outstanding work of revisionist scholarship. Harry Elmer Barnes praised it as "the ablest revisionist study of the background, course and results of the Second World War. It will long remain the best survey for the general reader." [America's Second Crusade is available from the IHR for $10.50, postpaid. (check www.ihr.org for current availability and price; ed.)]

The past, as they say, is prologue, and an attentive reading of America's Second Crusade helps provide an understanding of the same arrogant and self-deluding thinking that is manifest in the eagerness of recent American presidents to use military might in foreign adventures, and, in the process, spend billions of the American people's money and take the lives of many young American men.

We see this thinking in the recent and misguided attempts by American presidents to impose, by military force, currently fashionable notions of democracy and equality in such far-flung lands as Somalia, Bosnia and Haiti. If ever an understanding of history can tell us something about the future, it should be in such cases. To anyone with even a superficial awareness of 20th century history, the notion, for example – which President Clinton seems to hold – that the United States military can somehow impose what we call "democracy" in a place like Haiti is obvious idiocy. 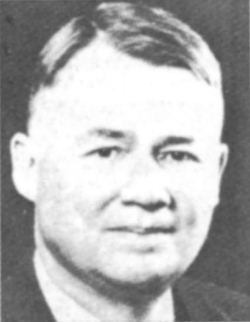 Chamberlin opens America's Second Crusade with the words: "Americans, more than any other people, have been inclined to interpret their involvement in the two great wars of the twentieth century in terms of crusades for righteousness." In the pages that follow, Chamberlin deftly and devastatingly tears apart the folly of such arrogance. He exposes the mendacity of American leaders such as Woodrow Wilson and Franklin Roosevelt, the fraud of the Nuremberg trials, and the hypocrisy and bad faith of the Allied leaders in their Second World War "crusade."

It is all the more appropriate that we remember Chamberlin because today it is glaringly obvious that his was a voice of warning years ahead of its time. The collapse of Communism in Russia and eastern and central Europe in recent years has thoroughly exposed the basic bankruptcy and fraud of this great historical experiment in fashioning an international, egalitarian society.

Only now are a few members of America's supposedly enlightened and progressive academic elite beginning to search their souls to consider what all this means. One such person is Eugene Genovese, who for years has been one of America's most prominent historians. For five years as a young man he was a member of the Communist Party and, later, in his own words, "a supporter of the international [Communist] movement and of the Soviet Union until there was nothing left to support."

In a remarkable essay in the summer 1994 issue of the leftist journal Dissent, which has caused some comment around the country (including a full page article in Time magazine, August 22, 1994), Genovese boldly accuses his fellow leftist scholars of bearing some of the responsibility for the terrible suffering and oppression, death and misery of Communism. He accuses these academics of the political left of complicity in the greatest mass murders of the 20th century – and perhaps of any century.

Unlike many others on the left who still regard the so-called ideals of Marxism as essentially valid, and blame Stalin or other individuals for supposedly distorting these principles, Genovese contends that the "ideal" of Communism itself is terribly wrong. He points out:

The horrors did not arise from perversions of radical ideology but from the ideology itself. We were led into complicity with mass murder and the desecration of our professed ideals not by Stalinist or other corruptions of high ideals, much less by unfortunate twists in some presumably objective course of historical development, but by a deep flaw in our understanding of human nature – its frailty and its possibilities – and by our inability to replace the moral and ethical baseline long provided by the religion we have dismissed with indifference, not to say contempt.

Our whole project of "human liberation" has rested on a series of gigantic illusions. The catastrophic consequences of our failure during this century – not merely the body count but the monotonous recurrence of despotism and wanton cruelty – cannot be dismissed as aberrations ... They have followed in the wake of victories by radical egalitarian movements throughout history. We have yet to answer our right-wing critics' claims, which are regrettably well documented, that throughout history, from ancient times to the peasant wars of the sixteenth century to the Reign of Terror and beyond, social movements that have espoused radical egalitarianism and participatory democracy have begun with mass murder and ended with despotism.

As it turned out, Communism proved to be much more terrible than all but a tiny number realized. And yet, for years America's intellectual and cultural elite routinely vilified staunch anti-Communists as McCarthyites, political Neanderthals, reactionaries, bigots, and so forth. The view of Communism and anti-Communism that prevailed among liberal, supposedly "enlightened" Americans during the 1930s and 1940s was perhaps best summed up by Arnold Forster, for many years a top official of the mis-named Anti-Defamation League. In his revealing memoir, Square One (p. 171), Forster wrote: "The civilized world was more revolted by McCarthyism than by Communism." [Also quoted in a review in the Nov.-Dec. 1993 Journal, p. 42.]

Contributing to the great deception were such writers as Walter Duranty, The New York Times correspondent in Soviet Russia, who provided readers of America's most influential daily paper with intentionally deceitful reports about the reality of the Soviet regime. In 1933, during the height of the state-induced mass famine in Ukraine, Duranty assured Times readers that "there is not actual starvation or deaths from starvation ... "

Finally, it is appropriate that we remember William Henry Chamberlin because the school of historical revisionism that he and others once represented has been shamefully abandoned by what passes for intellectual "conservatism" in America today, particularly the so-called "neo-conservative" movement.

Chamberlin concludes America's Second Crusade with these words: "The point of view set forth in this book will challenge powerful intellectual and emotional interests, but the iron logic of facts will, I believe, confirm these interpretations with the passing of time."

This sentiment applies with equal validity to the work of the IHR. Just as it took decades for the revisionist views of men such as Chamberlin about Communism to become generally accepted, so also will it take time for Chamberlin's revisionist, dissident views about the Second World War, and other issues, to become generally accepted. Ultimately, though, as William Henry Chamberlin put it, the "iron logic of facts" will prevail.