This is the moment to introduce Mr. Zan Overall, “The Wise Old Man.” Zan is working with me on the Cal State Northridge campus. Zan is a straightforward, out-front activist—never mind that he is 87 years old—who shows up at such venues as the Academy Awards ceremonies and the Stephen S. Wise Temple with placards and leaflets about gas chambers, 9/11, the USS Liberty, and related subjects. He confronts Jewish orthodoxy in such enterprises as the Jewish-edited The Tablet and New Voices: National Jewish Student Magazine.

To demonstrate something of his character (more on this down the road) I copy here part of an exchange he had with the young David A.M. Wilensky, editor of New Voices. At the same time you will note that young Mr. Wilensky is something of a rare bird himself. Note the lack of hysteria, the sense of humor, the willingness to be open about something regarding which maybe no other journalist on or off campus is so willing to—relax a little.

The following exchange took place the end of last year in reaction to an article published in New Voices: National Jewish Student Magazine attacking Professor Butz and his Hoax. In the Letters page the exchange was titled: “Defamation of a genius and other defenses of our favorite Holocaust denier.”

David A.M. Wilensky: I was surprised by the volume of emails I received in response to last week’s article by Gabi P. Remz about Arthur R. Butz. Butz is a professor of electrical engineering at Northwestern University in Chicago. Tenured decades ago, he’s now more well known for his work as a Holocaust denier than his academic areas of expertise, which, according to our article, include “digital signal processing” and “median and related filtering.”

These missives, all of them from Butz’s fellow members of the Holocaust denial community, are simply too good not to share. So I’ll share them [at the time he shared many others—I will copy only a few by Zan].

This first one, from Mr. Zan Overall, is my favorite. It came with its own preamble, which reads, in part:

Zan Overall: “I would like to submit an article for New Voices but I don’t imagine I qualify since I am not Jewish, immature and a student at some college or university.”

Wilensky: Well, immaturity isn’t exactly a requirement around here, but I won’t count that against him. More of the preamble to the letter itself:

Overall: “… let me introduce myself. The simplest way to get to know me is to go to youtube.com. (www.youtube.com/1wom) and search for ‘Introducing the Wise Old Man.’ You will find all six of the videos I posted there under that soi-disant moniker. One called ‘The Wise Old Man at the Stephen S. Wise Temple’ is action-packed. And then I hope you might get some laughs out of my sketch God Is a Goy? Oy!

“I will snail mail some Holocaust revisionist literature to you. No, no, don’t thank me!”

Wilensky: Indeed, I think I won’t. Anyway, his letter:

Overall: “I read ‘He Still Teaches, Students Still Squirm,’ your attack piece on Professor Arthur Butz of Northwestern University. He is the author of the book The Hoax of the Twentieth Century, which disputes the conventional story of the ‘Holocaust.’ Two things jumped out at me when I read the article.

“#1: Many campus groups tried to engage Butz in public debate or discussion, which (Rabbi) Balinsky opposed. (Belinsky is a former Hillel director at Northwestern.) He wrote : ‘To give him a platform is to give him everything he wants,’ said Balinsky. ‘We thought it would be a terrible mistake.’ 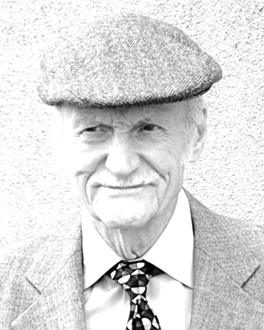 “That is the only opinion I found to agree with in the piece. Yes, Rabbi, it would have been a catastrophic mistake to debate Arthur Butz! Jews insult and try to injure people who speak out against their lies. They have learned not to debate them! Jewish Holocaust ‘authorities’ like Raul Hilberg were shown up and embarrassed at the Zundel trial in Canada when the issue was joined openly in a court of law.

“#2: (The author of the article, Northwestern student) Toizer, talking about what comes to mind when he thinks of Butz, said, ‘How can someone so educated be so ignorant about something?’ I would stake my life on the proposition that Arthur Butz knows a great deal more about the so-called ‘Holocaust’ than young Toizer. To call a man of Dr. Butz’s stature and accomplishments ‘ignorant’ makes you open to the same charge, Master Toizer.

“I have a suggestion for Mr. Toizer, Mr. Remz, David Wilensky and everyone at New Voices. Read The Hoax of the 20th Century and compose apologies to Dr. Butz.”

Wilensky: This one was forwarded to me by Zan—“The Wise Old Man of youtube.com”—Overall, the author of the previous letter. (The forwarded email included this proclamation from Overall:)

“My credentials? The Anti-Defamation League called me a ‘Holocaust Denier.’ I must have done something right.”