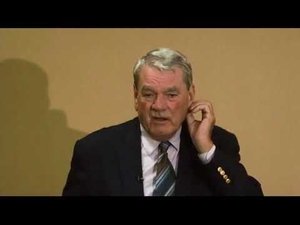 In February of last year, as Israeli filmmaker Vanessa Lapa's film The Decent One debuted at the Berlin Film Festival, Russia Today reported that the trove of Himmler's correspondence with his wife on which the documentary was based contains not one reference to "the Holocaust," over which Himmler's SS presided, whatever the Holocaust was or was not. Lapa's father owns the letters, which have been certified as genuine by the German Bundesarchiv. Now, does this mean Himmler never mentioned any measures involving or directed against Jews, whom his wife hated quite as much as Himmler would seem to have, or does it just mean he never mentioned any killing, gassing, or genocidal program?

Whatever RT's revelation means, the similarity of this finding with the nothingness found in Alfred Rosenberg's diaries at about the same time could reveal the monstrous, impenetrable blackout the Nazis maintained, even within their own families, about that Holocaust thingie. Or, one has to admit, the observed phenomenon is consistent with the proposition that the entire set of events were of far less size or importance than they have assumed in the time since. Take your pick.

The film, which is widely available, is in German with English subtitles. Himmler's grand-niece Katrin Himmler published a book (in German) of the correspondence shortly after the film debut, which she attended. The English translation is due out from St. Martin's Press (the outfit that booted David Irving's contract to publish his biography of Goebbels when holo-hunters screamed) in March 2016. One imagines the interested anglophone might investigate the matter for himself through that book in either, or both, languages.

This is a good thing, because the letters themselves, privately owned, remember? are safe in a bank vault.