One Third of the Holocaust (Movie) 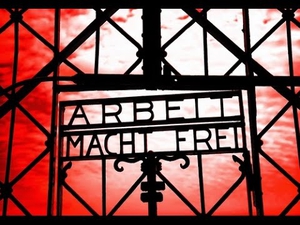 This documentary explains how the German wartime camps at Treblinka, Sobibor, and Belzec (all in Poland) were not death camps, as is usually claimed. It thereby debunks one third of the Holocaust. The movie asks questions like, "Would the Germans have really put a fence made out of tree branches around a deathcamp?" Answer: "Uh, no, that's silly." And would they have then conducted a huge burning operation inside this flammable fence?

This documentary was banned by YouTube. It comes in 30 episodes, with a total length of 4 hours 15 min.