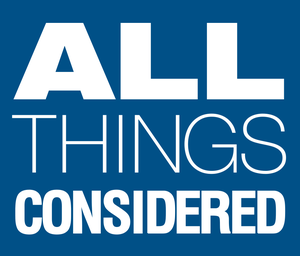 I often enjoy listening to All Things Considered.  But I was upset by various statements made during the LAKSHMI SINGH interview with Professor  Deborah Lipstadt,  specifically Lipstadt's claims that  Holocaust Revisionism (as it is correctly called) is anti-Semitic.

Although it is standard practice to defame Revisionists as “anti-Semites who claim the Holocaust is just Jewish propaganda,” that is not what we at CODOH argue. Briefly, we believe that much of the history taught today has been influenced by Soviet, British and American wartime propaganda which exaggerated and exploited real tragedies for propaganda purposes. This concerns not just Jews but Slavs, Roma, Jehovah’s Witnesses and, in some versions, Homosexuals. It can be argued that there is considerable research that supports this point of view. An example is the vastly revised death figures for Majdanek Camp.

At the Nuremberg Tribunal, Soviet prosecutors presented evidence that 1,400,000 people were killed at Majdanek Concentration Camp in Lublin, Poland.  Revisionist Historians have long disputed this figure and the official number has drifted downward over time; dropping to somewhere around a 250,000 figure by 2004.

In 2000 Revisionist scholars Carlo Mattogno and Jurgen Graff found that the actual figure was well below 100,000 deaths. They also pointed out that Jewish inmates were a majority of the victims of the Camp, comprising 83% of the deaths versus 28% in Soviet propaganda tales.

Revisionist historians everywhere expressed pleasure at the 12/23/05 announcement by the Auschwitz State Museum that researcher Tomasz Kranz had reviewed the evidence and concluded that the true death toll of Majdanek from all causes was 78,000. “The findings [of Kranz] are highly authoritative,” declared Prof. Zygmunt Mańkowski, chairman of the Majdanek Museum board.  Kranz's research confirmed the figure given by Raul Hilberg and the accuracy of Revisionist research but was also good news, in a manner of speaking.  While 78,000 victims is still a horrible tragedy it is a quantum difference from the Nuremberg figure and the various exaggerated "official" figures given since 1946.

It is worth noting that Professor Lipstadt promoted incorrect and greatly exaggerated figures at the time of the Irving v. Penguin Trial. We would ask that All Things Consider correct the smear against Holocaust Revisionists.

Has All Things Considered considered the possibility that Lipstadt could be wrong? or that the common understanding of the Holocaust might be incorrect?

I followed the Irving/Lipstadt trial when it happened and was quite surprised at first about the verdict. But, after much thought, I wasn't so surprised any longer. It was quite apparent Judge Grey was not going to destroy his career over that particular trial. And it is unfortunate that a certain group can have that kind of power.