Something Worth Gabbing About

It's an inevitable growing pain that every organization must endure:

That point where its growth and outreach seems to hit a critical mass, to where many feel like they have seen and heard everything the organization has to offer. It's at that point where you start to hear those dreaded words, "you're just preaching to the choir."

It's worth noting though, that the "choir" is filled with people who are just as frail and human as the rest of us— and thereby susceptible to all the mental and emotional maladies of the "nonbelievers." This reality stands in stark contrast to the mindset that being in the choir is some sort of transcendental milestone that makes one no longer needful of hearing whatever is being "preached" that the fervent assertion of said cliche seems to indulge to some degree.  Consequently, the very presupposition that seems to accompany and underpin the expression is a bit fallacious on its face. So much so that defaulting to a mindset like that, if anything, arguably demonstrates that maybe the "choir" needs to be preached at more than anyone, considering their apparent lack of enthusiasm for the message. But we digress.

Setting that aside, we at CODOH are anything but content to merely mass-mail the same missives to the same people week after week.

There are many things that we're actively working on in the arena of scholarship. Projects which we detail and delineate in pretty exhaustive detail on our site in our ongoing campaign to besiege the bastions of the prevailing zeitgeist and defend free speech in the west in general.

What's more, there are ways in which we are actively endeavoring to expand our outreach and reach people of all ages and from all walks of life around the world with the message of truth in history and the necessity for freedom of speech and association in the undertaking of those lofty endeavors.

One of the major ways we are doing this is in the work we're doing developing our presence on Gab. Easily the biggest and most well-established alternative social media platform out there. And a site that has proven itself to not merely be acting in accordance with its profession of dedication to the principles of free speech, but stands alone at this moment among 1A-friendly social media platforms in being built on truly independent infrastructure, and has gone so far as to even begin to build its own parallel economy in which freedom-loving people can thrive and engage in commerce with or without the blessing of the corporate overlords of Silicon Valley. 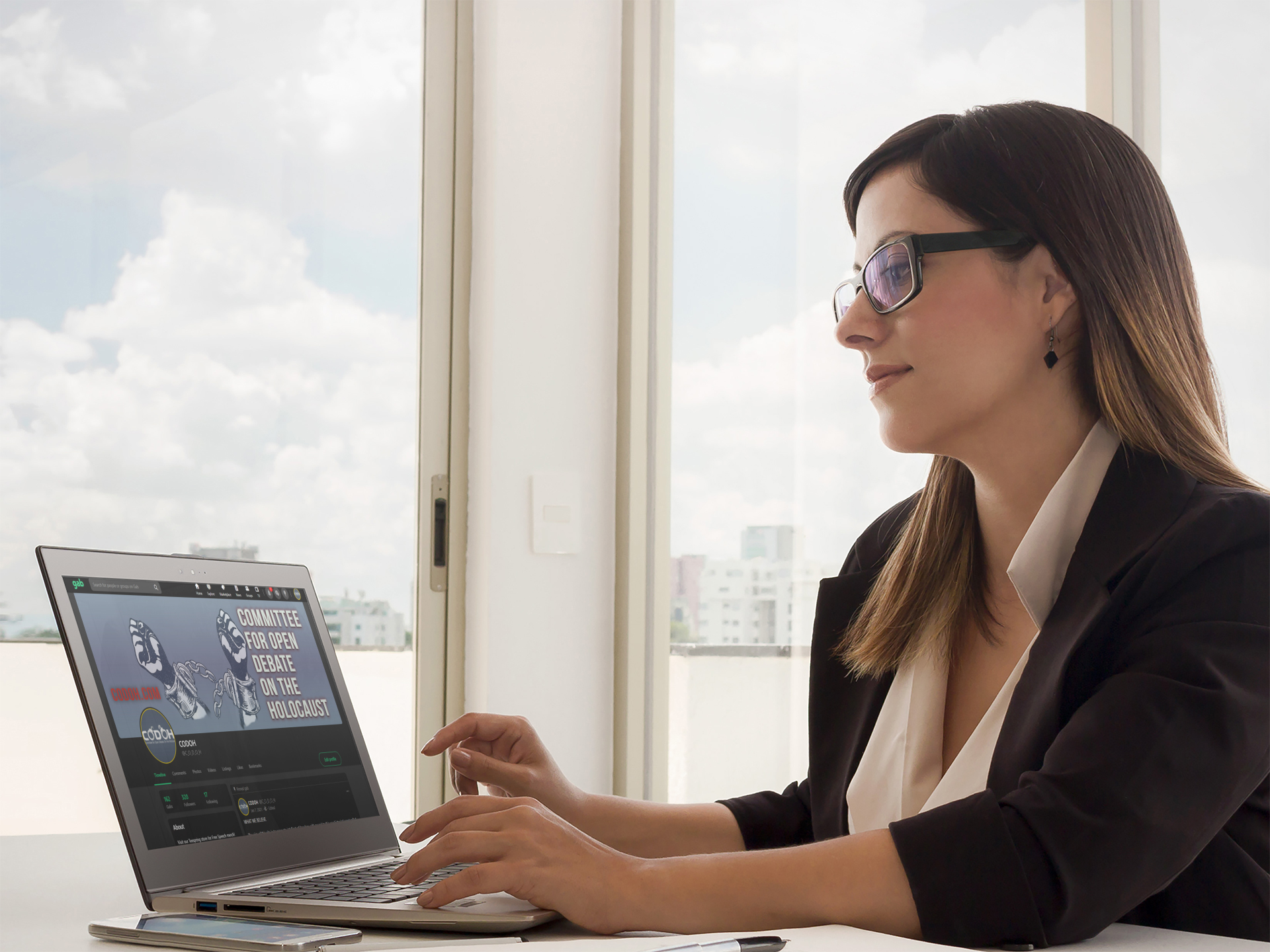 In spite of overwhelming censorship, Gab has rapidly grown as a platform, and now boasts possibly the biggest user base of any professing 1A-friendly social media site out there.

Social media is essentially the public square of this digital age, and so any individual or organization that wants to make its voice heard ignores these venues to its own detriment. We already had a beachhead established there, but thanks to the generous donation of a supporter, we are now using the premium features of the site, enabling us to fully utilize the site's suite of services, including a marketplace and video sharing platform to reach out to hundreds if not thousands of people. This is a huge development for us, and is easily the biggest opportunity we have had to greatly increase and enhance our outreach for a long time.

If you are not already a member of Gab, we strongly recommend setting up an account. With the freedom to actually speak your mind and interact with other people who are looking for answers and seeking to find like-minded people to engage and interact with, it's everything that mainstream social media should be. With the ability to use the Gab Marketplace, upload videos, and start making a name for ourselves in a thriving community of freedom-loving people from all around the world, our potential for taking our outreach to the next level has never been higher.

If anyone actually thinks that the Revisionist message has gone stale and that we're failing to strive to reach out to new people and share the message and principles we stand for with a new generation of truth-seekers and ideological warriors for the cause of truth and liberty, they're just not paying attention.

CODOH may be an "old dog" but through this and many more endeavors we are striving to "learn new tricks" and stay in touch with and plugged into this digital age we live in . . . taking the message of freedom into the public square of our time and standing alongside the other voices for the preservation of western values and civilization. We're confident that Gab is the best place to do that, and we hope to see you there.

Check out our Gab Profile Here: