Amazon is the world’s biggest book retailer. They rake in some 50% of all consumer spending on books in the U.S. and dominate several foreign markets as well. Pursuant to the 1998 declaration of Amazon’s founder Jeff Bezos to offer “the good, the bad, and the ugly,” customers once could buy every book that was in print and was legal to sell.

That changed on March 6, 2017, when Amazon banned more than 100 books with dissenting viewpoints on the Holocaust, after having been pressured by Jewish lobby groups for years to do so. While Amazon ignored those lobby groups in years gone by, things were different in early 2017. At that time, a series of anonymous bomb threats were made against synagogues and Jewish community centers in the U.S., and three Jewish cemeteries were vandalized, or so we were told. Although there is no link between iconoclastic historical research and anti-Jewish acts, Israel’s Yad Vashem Holocaust Center took these acts as a pretext in order to urge Amazon to take down history books they don’t like. The mass media were quick to join in this campaign, and Amazon promptly fell for it, wiping its sites clean of any revisionist research on the Holocaust.

Around the same time, it turned out that those cemeteries had not been vandalized at all, and a few weeks later, in a surprising turn of events, the mass media even revealed that those ominous bomb threats originated not from deranged Neo-Nazis, but from an Israeli Jew. Yet still, ever since this Yad-Vashem initiative, Amazon has insisted on deleting any history book from its stores that Jewish lobby groups disapprove of. Amazon next culled any literature critical of Jews or Judaism; then they enforced these bans at all its subsidiaries, such as AbeBooks and The Book Depository; then they banned books other pressure groups don’t like; finally, they bullied Ingram, who has a book-distribution monopoly in the US, to enforce the same rules by banning from the entire worldwide book market all books Amazon doesn’t like.

This book accompanies the documentary of the same title. Both reveal how revisionist publications explaining ground-breaking archival and forensic research results had become so powerfully convincing over the years that the powers that be resorted to what looks like a dirty false-flag operation in order to get these books banned from the biggest book retailer for good. Read it and be amazed and appalled…

NOTE: This book was preceded by an earlier edition, The Day Amazon Murded Free Speech and is revised and expanded in this latest edition from Castle Hill Publishers. Click below to learn more! 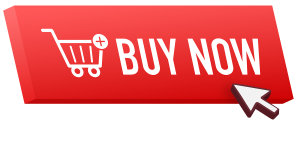