A Reply and Challenge to Ben Gadd 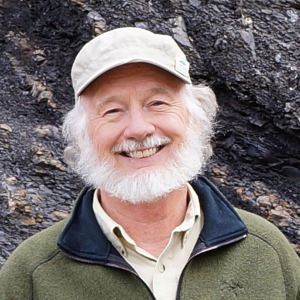 Thanks for writing to all of us, Rocky. I didn’t think I’d ever disagree with you about anything, but in Monika’s case I have to. Hers is not a free-speech issue. Here’s why:

Holocaust denial is a federal offense in Canada, a serious crime. It’s hate speech, not free speech. That’s because it’s a particularly virulent lie promulgated by anti-Semites. And anti-Semitism, as we all know, has resulted in the hate-sparked deaths of millions of people over many hundreds of years. Hate crimes of all sorts occur in Canada, and they are not tolerated, especially this one. Nor is the public expression of the hateful beliefs that fuel such crimes.

If Monika had kept her views to herself, as many anti-Semites do, none of this would have come up. But she hasn’t. In 2013, out of the blue, she sent me a “truther” video blaming the 9/11 attacks on the “Zionists,” i.e. the Jews.

Like other fake news on the Internet, this is a complete fabrication. Go to http://www.debunking911.com for a detailed analysis.

Monika approached other JEA members, too. We didn’t push her away at that point. Some of us took the time to reason with her and direct her to factual sources. I told her that such conspiracy theories are hazardous. They inevitably lead to hatred of whoever is accused of directing the conspiracy. I thought that Monika — the Monika we used to know and love — would realize the depth and danger of the rabbit hole she was going down and quickly reverse her direction.

But she rejected such advice and kept going, deeper and deeper, until now she seems to have reached the bottom, a scary place shared by the likes of Ernst Zündel and James Keegstra (and, alas, Monika’s own brother Alfred). At that point I pushed her away. As has the JEA.

The JEA is a group of like-minded, high-minded folks. We don’t hate anyone. We don’t hate Monika. Rather, our group works together to watch over Jasper National Park and alert the world to activities we see as harmful to this place we love. For that job the organization needs the public on side. And they are. As the polls show, Canadians believe what environmental groups such as the JEA have to say about the value of the park and how it needs to be protected, while Canadians do not buy the commercially-tainted stuff that park exploiters try to sell everyone in their self-promotional ad campaigns. Given the facts, which is what the JEA provides, it’s easy for people to tell the difference between the JEA’s clear and honest position of integrity and some corporation’s clever attempt to get what it wants.

So maintaining our integrity is crucial to the JEA. Opening our membership to vocal haters of any sort, who have accepted obvious lies and seek to spread them, would seriously damage that integrity.

Not only that, any society incorporated in Alberta must exist for a “benevolent, philanthropic, charitable, provident, scientific, artistic, literary, social, educational, agricultural, sporting or other useful purpose” [Societies Act, section 3(1)]. It goes without saying that (a) members should be in agreement with this statement and the goals of the society, (b) that spreading hatred is not included in the statement or in the JEA’s goals, and (c) that anyone doing so cannot be a member.

Monika can go on and on about how she’s the one with integrity, how she’s the victim and those organizations that have rejected her are the haters, but these are just tactics. They are used all the time by people held to account for bad behavior.

A good definition of integrity is “the quality of being honest and having strong moral principles; moral uprightness.” (Just Google the word.) A person of integrity doesn’t try to convince others that dark-skinned people, for example (substitute indigenous people or Muslims or Jews, etc.) are evil and/or subhuman and should be discriminated against. Such beliefs are in themselves evil, because they are lies. These are not honest beliefs. These are falsehoods so easily exposed that they can be accepted only by the willing suspension of disbelief. You have to want to believe them, despite all the evidence. And there goes your integrity.

Worse, hateful beliefs provide excuses to hurt people. Bigoted mistreatment of minorities occurs all the time, even in Canada, and I’m sure that you, as I, abhor it. Anyone engaged in it is not acting with integrity.

And here’s what really hurts me. I think that Monika — pleasant, friendly Monika, the likeable Jasper violinist — is being used by her new anti-Semitic associates to give Holocaust denial a fresh face. They are turning her into something she’s basically not.

I hope that she awakens one morning to the truth about this (the real truth, not the “truther” truth) and disavows both the intellectual poison she has been fed and the whole crowd purveying it. I hope this occurs soon, before it brings her further mental and emotional injury and before the fully committed haters who are manipulating her succeed in recruiting others through her.

If Monika comes to her senses, all she has to do to extricate herself from this mess is to publicly disavow it, even if she’s sitting in prison for breaking the law, which might be the case. She needs to tell everyone that she was misled, that she was wrong, and that she is sorry for the hateful things she has said. If this happens, I have no doubt that she will mean it, and I will forgive her. I think we would all forgive her. We’d give her a hug and welcome her back to the real world.

Believing in Monika and anticipating that she will turn her life around,

A classic case of begging the question. Holocaust Denial is evil because millions of people died in the Holocaust. Er, no Mr Gadd, I think you rather missed the point. However, even if historical investigation into the events of WW2 were driven for many by the vilest blind hatred, this could in no way affect the historical reality which is purely a matter of fact unaffected by anyone's opinions on it or anything else, therefore it cannot be justifiable to erect a wall around this or any other area of historical enquiry. This pointlessly long screed is nothing but invective cloaked in a sickeningly patronising "concern" for Ms Schaeffer reminiscent of a religious cult, Mr Gadd lives in, and would like the rest of us to live in, a thought-free zone surrounded by a warm reassuring conviction of his own absolute rightness and the moral turpitude of anyone who dares to suspend judgement and investigate.