"Holohoax Survivors Who Tell The Truth" Video - over 100,000 Views on Youtube! 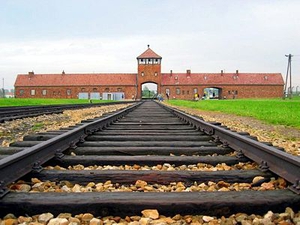 A revisionist extracted a segment from my documentary The Last Days of the Big Lie and uploaded it to YouTube.

They named the segment "Holohoax Survivors Who Tell The Truth". http://www.youtube.com/watch?v=xm8UmMuRSSw

Spielberg's cabal doesn't want you to see these "survivor" interviews. That's why they banned me from Stanford University after sharing these, along with Irene Zisblatt's criminal "testimony" with the world.

"Holohoax Survivors Who Tell the Truth" has really hit a nerve. It's shocking to hear Auschwitz inmates tell about their elaborate stage, with curtain rings and a grand piano, where they had plays and other musical performances. It's shocking to see video of happy children playing in Theresenstadt juxtoposed with a woman telling about fun costumed children's plays in her Auschwitz block, along with arts and crafts activities, with beautiful children's murals painted on the walls. According to the official Holocaust narrative, all children were immediately gassed upon arrival!

"Testimony" such as this is extremely important to cast doubt on the "factory of death" Holocaust promoters push.

Auschwitz and Buchenwald inmates speak about being paid for their work in special currency, using their currency in camp cantinas and at the camp movie theater, receiving and sending postcards, and playing in well organized soccer tournaments.

See for yourself !To to celebrate the 100,000th view, I uploaded a higher quality version of this segment here.