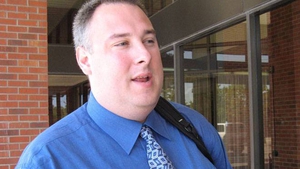 As the webmaster of websites containing material which is hated by many powerful lobby groups, Marc Lemire (photo) has been in the crosshairs of his home country's government censors for over a decade. Long alone in his battle, he has now received major support.

The Canadian Civil Liberties Association has filed an intervention application at the Canadian Federal Court of Appeals. They are seeking to rid Canada of Section 13 of the Canadian Human Rights Act, which is Canada’s shameful Internet censorship legislation. The CCLA recently described their intervention in the Lemire case as follows:

“The CCLA will be intervening to support the Tribunal’s ruling and the recognition of the chilling, self-censoring effect these laws can have on individuals. The CCLA has long advocated that this law is a vague and unjustifiable restriction on freedom of expression that should be struck down.”

The Canadian Civil Liberties Association is one of Canada’s premier organizations protecting freedom of speech. According to the Affidavit of Cara Zwibel, the CCLA was “Founded in 1964, the CCLA is a national organization dedicated to the furtherance of civil liberties in Canada … As a staunch defender of freedom of expression, the CCLA has made submissions and provided advice on a range of issues to various levels of government.”

CODOH opines that it was about time for major civil liberties associations do their job and help defend those who are most threatened: marginalized groups hated by the power that be.

Read Marc Lemire's take on this new development and please also honor his call for support in this epic, historic battle.