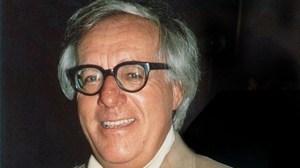 Famous science fiction author and free speech advocate Ray Bradbury died on June 6, 2012, at age 91 in Los Angeles. For revisionists, his best-selling book Fahrenheit 451 is highly significant, as it tells the story of a fictitious country where owning books is outlawed, discovered books get burned on the spot – including the building where they were found in – and where the persecution of book owners takes on bizarre extremes.

CODOH's Richard Widmann has taken Bradbury's theme as the background for his online paper "How Fahrenheit 451 Trends Threaten Intellectual Freedom", later also published in CODOH's periodical of yore, the Revisionist. It deals with contemporary book burning taking place in many European countries. Richard's paper was so striking that it was even included in a mainstream book (Katie de Koster (ed.), Readings on Fahrenheit 451, Greenhaven Press, Inc., San Diego, CA., 2000). If you haven't read Bradbury's book or Richard's paper yet, or it's been a while since you last read it, we recommend you take the occasion of this day to read them (again).