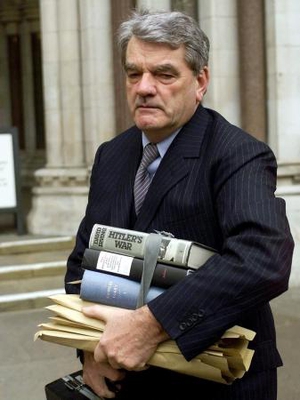 The new issue focuses on the Irving v. Lipstadt trial due to the release of the recent movie, "Denial."

Eight new articles are presented in this Winter 2016 issue :

The Battle for Discussion: A Look Back, by Richard Widmann

Deborah Lipstadt and the Ruling Discourse on Holocaust Studies, by Bradley R. Smith

The Taboo Against Truth: Holocausts and the Historians, by Ralph Raico

We have also updated our CODOH library by mirroring Inconvenient History's issues #2, #3 and #4 of 2016