Just about every year on the eve of the national holiday honoring Martin Luther King Jr.’s birthday, the mainstream media in the United States put forth numerous articles about the large Jewish involvement with Dr. King and the equally large Jewish involvement with the Black American Civil Rights movement. Not surprisingly, the mainstream media’s description of this phenomenon is seen through rose-colored glasses. Jewish influence in Black American affairs is portrayed as overwhelmingly selfless, altruistic, charitable and humane. But is this really true? Let’s take a look. 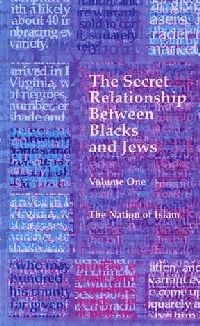 In 1991, The Nation of Islam, a Black religious group, published a very important study of Jewish involvement with the Black slave trade. Entitled The Secret Relationship Between Blacks and Jews (SRBBJ), it is a well documented and well argued book, and the authors make this clear from the very beginning:

"The information contained herein has been compiled primarily from Jewish historical literature. Every effort has been made to present evidence from the most respected of the Jewish authorities and whose works appear in established historical journals or are published by authoritative Jewish publishing houses."

The Black American expert on the slave trade, Dr. Tony Martin, has endorsed the book, as he has made it assigned reading in his courses. I have investigated at least some of the sources and they do indeed check out.

In the book’s introduction we read:

"Deep within the recesses of the Jewish historical record is the irrefutable evidence that the most prominent of the Jewish pilgrim fathers used kidnapped Black Africans disproportionately more than any other ethnic or religious group in New World history and participated in every aspect of the international slave trade."

Further on it is written:

"Most have always assumed that the relationship between Blacks and Jews has been mutually supportive, friendly and fruitful – two suffering people bonding to overcome hatred and bigotry to achieve success. But history tells an altogether different story."

Not surprisingly, Jewish-Zionist groups, and those allied with them, have attempted to blacken the book’s reputation. Unable to refute its thesis, they resort to smear tactics. But Black Americans would do well to heed SRBBJ’s advice. The relationship between Blacks and Jews, they write, "is a relationship that needs further analysis. […] Hidden and misunderstood, it is indeed time to reopen the files and reconsider The Secret Relationship Between Blacks and Jews."

Black American intellectual Harold Cruse and California psychology professor Kevin MacDonald have also fearlessly scrutinized Jewish involvement in Black affairs. Both have written some very insightful analyses of the question: Why were Jews so disproportionately involved in the Black Civil Rights movement? In their books, Cruse’s The Crisis of the Negro Intellectual and MacDonald,’s The Culture of Critique, they have noted that many Jews want a racially integrated society because it provides a hospitable environment for their long term policy of non-assimilation and group solidarity. Many Jews view white/Euro-American nationalism as their greatest potential threat, and they promote racial integration precisely because this presumably dilutes Euro-American power and lessens the possibility that a powerful and cohesive Euro-American standing in opposition to Jewish interests will develop. 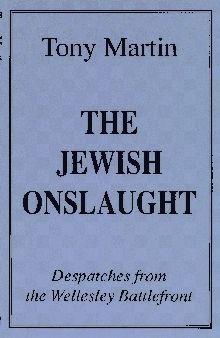 There is evidence that supports their viewpoints. If the primary motive of the Jewish groups that were involved in the Black American Civil Rights movement was to promote racial equality and racial integration, then we should expect that they would promote racial equality and ethnic integration in Israel just as ardently as they promoted it in the United States. But this is not the case. For the most part, the Jewish groups that were and are working to create a racially integrated society in the US are the same Jewish groups that were and are ardent supporters of the ethnically segregated apartheid state of Israel where racial segregation and Jewish supremacism are enshrined in law. Jewish scholar Uri Davis has written a book, the title of which says it all: Israel: An Apartheid State.

If there is ever to be harmony between the races in the United States, then we are all going to have to literally lay "all of the cards on the table." That is to say, Blacks and whites, Jews and non-Jews, are going to have to discuss these racial problems in an open, honest and forthright manner, free of name-calling and emotional outbursts. The history of Jewish involvement in Black affairs has been, for the most part, surrounded by taboos and "off-limits" for discussion. It is about time that Black Americans – and all other Americans for that matter – break down these taboos and reconsider Jewish involvement in Black American affairs.